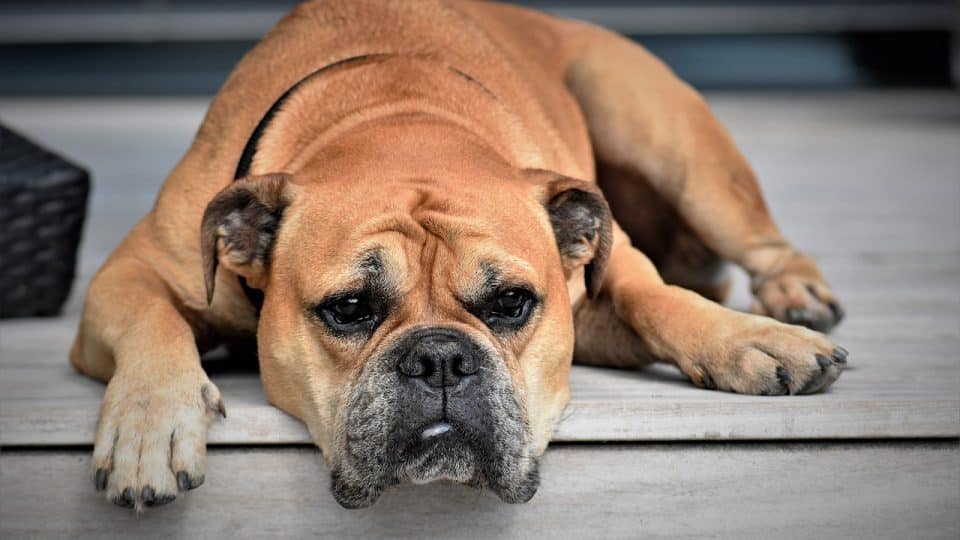 Dogs and humans are highly compatible. Yes, there are differences between us, but there are also many similarities.

Sadly, a lot of those similarities are in the health department. Dogs can suffer from many diseases that target humans.

For example, diabetes, cancer, epilepsy, congestive heart failure, and eye issues. Which is why people sometimes ask can dogs have Down syndrome?

You notice some symptoms in your dog, and you start to wonder, is it possible? Can your dog have the common chromosomal abnormality?

Well, the short answer is no, dogs do not suffer from Down syndrome. But let’s explain it more thoroughly.

What is down syndrome?

Down syndrome is a condition when someone has either additional or a partial copy of chromosome 21. It is a genetic disorder, sometimes known as trisomy 21.

Why does one chromosome make a difference? And how can it? A lot of things in the human body have to function just the way they are.

Typically, the nucleus of each cell contains 23 pairs of chromosomes, half of which are inherited from each parent. Down syndrome happens when an individual has a full or partial extra copy of chromosome 21.

What are the symptoms?

As mentioned previously, the Down syndrome is associated with physical growth delays, facial features, and mild intellectual disability.

The presence of the extra genetic material causes a range of other effects as well. Intellectual impairment varies widely from one people to another.

With that in mind, the common symptoms of Down syndrome in humans are:

People with Down syndrome also have medical problems like hearing loss (present in ¾ of people with down syndrome), obstructive sleep apnea, ear infections, eye diseases, and heart defects present at birth.

Can dogs have Down Syndrome?

For starters, humans and dogs are not built the same way in terms of genetics. People have 23 sets of chromosomes. Dogs, on the other hand, have 39 pairs. Therefore, duplication of chromosome 21 will have different effects on dogs.

While dogs cannot have Down syndrome, there are other congenital or developmental conditions that have similarities with Down syndrome.

Here are some conditions that look similar to Down syndrome.

This happens when the dog’s pituitary gland fails to produce enough growth hormone. The result is growth impairment. It is hard to determine early since puppies will appear normal at birth. However, they will fail to grow at the same rate as their littermates.

Puppies born with this medical issue will also suffer from hyperpigmentation and alopecia. The condition is hereditary, meaning puppies inherit it from their parents. It has been linked to a specific gene.

This condition is also called liver shunt, and it is a congenital condition that can develop later in life. If this happens, the blood flow bypasses the liver. And as a result, the liver fails to develop or progressively shrinks.

Because the liver has a range of functions in the body, the Portosystemic Shunt can result in stunted growth. Some of the functions of the liver include supporting digestion, blood clotting, and detoxification.

Some of the symptoms in addition to stunted growth include lethargy, fatigue, mental delay, obsessive behavior like circling, and poor vision.

Some breeds like the German shepherd, Shih Tzu, Samoyed, Poodle, Irish Setter, Labrador, Doberman, and Dachshund are predisposed for this condition.

And while the condition has been linked to a specific gene, it is not Down syndrome.

Caused by the thyroid, and its lack of production of thyroid. When the thyroid is not producing enough hormones, there is a deficiency or unresponsiveness to thyrotropin-releasing hormone. This is a thyroid stimulating hormone.

The result is mental impairment, abnormal skeletal development, and dwarfism. Dogs with the condition usually have short limbs and spines, and also broad and short skills.

Does your dog have Down syndrome?

The reality is nobody can know for sure can dogs have Down syndrome. We have not made progress in gene research in the canine world. We do not carry out the genetic testing in dogs we do in humans.

That is not to say that there are no possible genetic abnormalities. So far, there is no evidence that dog Down syndrome can be diagnosed.

If your vet declares that you have a dog with special needs, there are certain things you have to do in order to ensure care-free life.

Special needs dogs are those with health issues that look similar to Down syndrome, but also other health-related problems.

Here are some things you have to do:

Last, but not least, we have to stress that it is quite OK to have a dog with special needs.

There is no reason a dog with special needs will not go on to live a long and happy life. And of course, a healthy one. Just embrace your dog’s specialness and give your dog the care he needs.