Cancer Causing Foods for Dogs – What Not to Feed Your Puppy

Same as humans, dogs can get cancer as well. It is one of the biggest health fears when it comes to your furry friend.

Every dog owner fears cancer. It is simple. Cancer is the leading cause of death in canines, and it can strike both old and young puppies.

Many cancers are life-threatening, and the best way to prevent them is to avoid cancer-causing foods for dogs.

In dogs, one of the leading causes of cancer is their diet. Cancer can be addressed through conventional veterinary treatments.

However, many experts agree that the food bowl is the place where you cure your pet.

So, with that in mind, today we will talk about some of the ways to prevent cancer in dogs, including avoiding cancer-causing foods for dogs.

How cancer affects your puppy?

According to human studies, one-third of human cancers are due to smoking, and another third is due to diet.

In dogs, the same applies, but there is no smoking. Diet is one of the leading causes of cancer. And how does cancer change your dog’s metabolism?

Veterinarians studying the disease have said for a while that cancer can alter the metabolism of the dog. Cancer-stricken dogs will utilize carbs, protein, and fats in a different way.

Dogs with cancer also exhibit a condition known as cancer cachexia, one in which animals lose weight despite eating an appropriate amount of food. The same condition happens in nearly 90% of humans.

According to veterinarian experts, the biggest and most dramatic metabolic disturbance occurs in carbs metabolism.

Cancer cells metabolize glucose from carbs in a process called anaerobic glycolysis, which forms lactate as a byproduct.

Your dog then has to expend energy to convert the lactate into a usable form of energy. And because of that, the tumor gains energy from the carbs, and the dog suffers energy loss.

If the cancer is not yet diagnosed, this can be fatal for your dog. Many dog owners respond to weight loss by giving their dog more food. But your canine friend will not benefit from the extra carbs in the food. Instead, cancer will benefit.

Cancer also benefits from more protein in the food. Your dog cannot metabolize protein as before, because protein degradation exceeds protein synthesis.

The result is a net loss of protein in the body, which is why your dog loses weight.

Last, but not least, cancer can also contribute to the depletion of body fat. Same as protein and carbs, fats get broken down at an increased rate. However, cancer does not benefit from the extra fat. 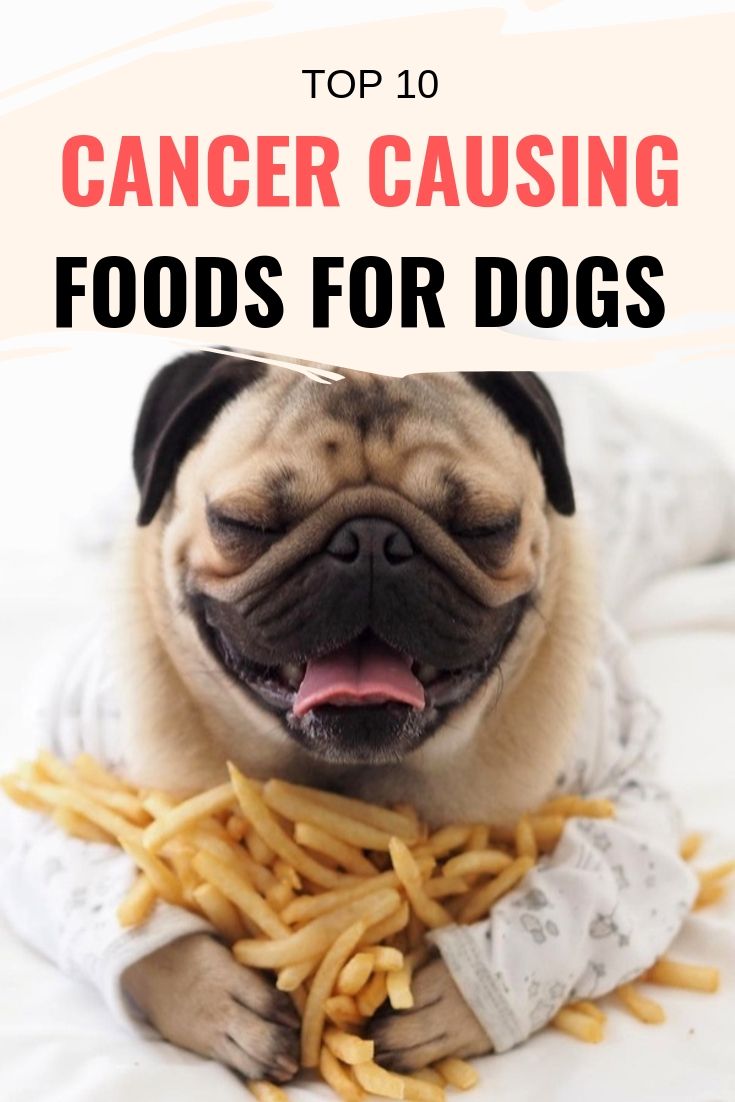 We said at the beginning that the best way to treat and prevent cancer is to avoid cancer-causing foods for dogs.

According to many studies, cancer is the leading cause of death in pets. Every other dog dies of cancer, and that is just too high of a percent to ignore.

With that in mind, here are some foods and ingredients you absolutely have to avoid.

You will be surprised, but maple syrup can actually be found in dog food. It is a low 1%, but still, it is something you want to take into account.

Sugars found in maple syrup can cause other issues, but what is important here is that it contributes to cancer.

These preservatives are often found in dog foods. They are used to preserve fats and stabilize the entire product.

Ethoxyquin actually has similar properties to Agent Orange, the poison used during the Vietnam War. If you see it in the ingredients list, avoid the food.

Truth be told, you cannot know this. But the pet food industry can sometimes use pets that have had cancer as part of the food.

There are different standards for pet food, so many cows chickens, and other diseased farm animals, sometimes wind up in the food.

GMO foods are bad for people, and they are bad for your furry friend as well. GMOs are used to accelerate the growth of many crops, mostly corn. Then, they find their way into dog food. It is hard to trace GMOs in dog food.

However, you have to know that 90% of soybean and corn grown in the US is genetically modified. If there is soybean or corn in your dog’s food, it is probably GMO.

This substance was so toxic, that it was recalled. However, that did not happen in every state. It is a chemical and a by-product of mold.

Artificial colorings and dyes are never a good idea. These are used in candies, baked goods, and also pet food. They can cause brain tumors, and mice studies showed they are fatal.

Same as people, dogs can be allergic to gluten as well. Wheat is not always a good idea. If your pet is having trouble digesting gluten foods, you should try and change his diet.

Corn syrup is one of the most common cancer-causing foods for dogs. Corn syrup is basically sugar added to dog food to sweeten the dish. And we know that dogs do not need any sweeteners.

Corn is an inexpensive filler that can develop fungus over time, and cause problems in your dog’s tummy.

Any corn products usually contain sugar, and excess sugar will cause health issues for dogs, including weight gain, hyperactivity, and more. And as we mentioned at the beginning, cancer cells feed off of sugar.

Be careful with those dental sticks you give to your pet. If they contain fluoride, they might be more harmful than beneficial for your dog. Bone meal by-products can often contain fluoride contamination.

In addition to the ingredients, we listed above, you should avoid feeding your dog human foods that can cause problems.

Here is a quick list of foods that can cause problems in dogs: 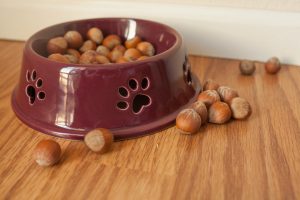 Can Dogs Eat Hazelnuts – Safe Foods for Your Dog 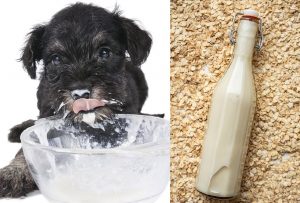 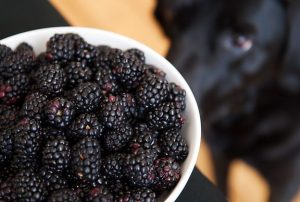 Can Dogs Have Blackberries – Safe Foods for Your Puppy 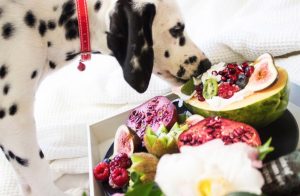 The Healthy Eating Habit for Your Pet 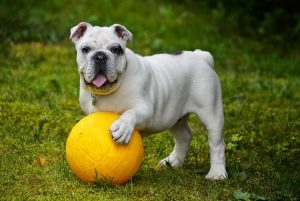