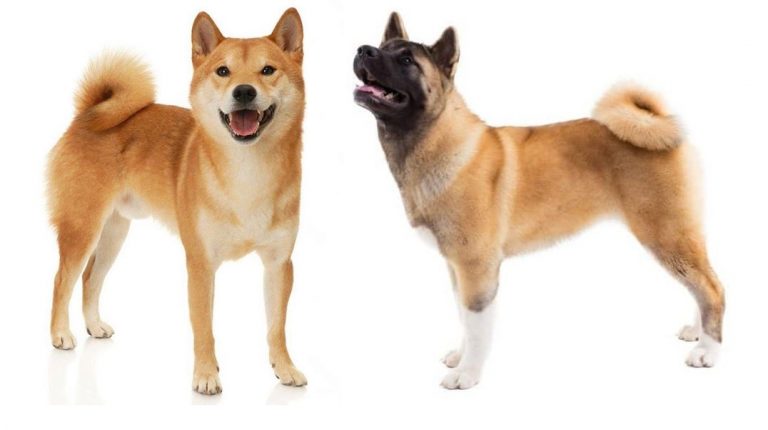 Akita is a Japanese dog breed originally bred for hunting. But over the years, these Asian dogs have grown in popularity. They are no longer exclusive to Japan. In fact, they have spread to other continents. Thanks to their growing popularity and spread, we now have the American Akita and Japanese Akita dog breed comparison.

The American Kennel Club has the Akita in the top 50 most popular dog breeds in the United States. They also recognize two different varieties of Akita.

The Japanese Akita, also known as the Akita Inu, and the American Akita, or simply Akita. While The American Kennel Club recognizes both breeds, there are certain breed standards for the different varieties. 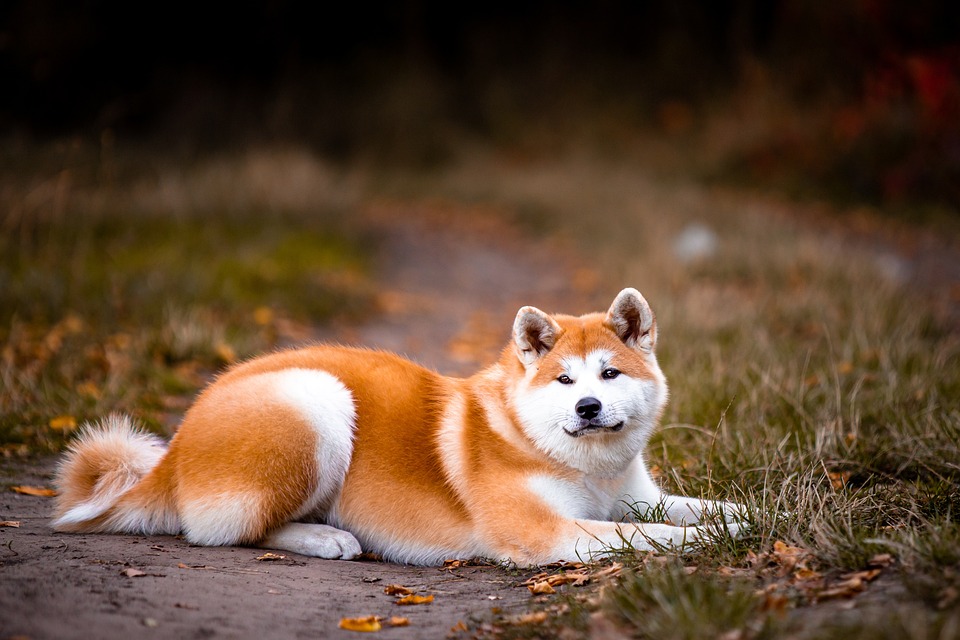 If you want to understand the American Akita vs Japanese Akita comparison, you have to look at breed history. We will explain how we ended up with two types of Akitas.

The breed originated in Japan, which is why many people nowadays call the Japanese Akita Inu the original Akita. By that logic, the American Akita dog is a spinoff. But that is not entirely true.

Here is how the name originated. Akita is a region in northern Japan, while Inu is a Japanese word for dog. Originally, any dog in the Akita region was referred to as Akita Inu.

We have to note that dog showing as we know it today didn’t exist until the early 20th century. Before, dog owners and breeders didn’t breed to maintain lineage. They produced dogs suited for the work they needed.

This included herding, hunting, home protection, dog fighting, sled pulling, and more. Sadly, dog fighting was popular in Japan, and dogs in the Akita region were bred to produce bigger and stronger dogs.

Eventually, the sport of dog fighting was outlawed. But then, famine struck Japan during World War I and World War II. Dogs were eaten and left for dead because there was not enough food.

Sadly, Akitas were largely affected. But as Japan began rebuilding, breeders began to rebuild the Akita breed. At the time, there were two bloodlines, the Dewa line, and the Ichinoseki line.

The first one, the Dewa line, was Akita with a large head, thick bone structure, and a bear-like appearance. The Ichinoseki line was a fox-like line and classified as a Spitz-type breed. American breeders used the Dewa Line to come up with the American Akita dog, while the Ichinoseki line became the Japanese Akita Inu.

Hellen Keller was the one who brought the first Akita to the US in the 1950s. These dogs were of the Dewa Line, and that is how the dog became known as the American Akita.

Both American and Japanese Akitas represent the original Akita breed of ancient Japan. 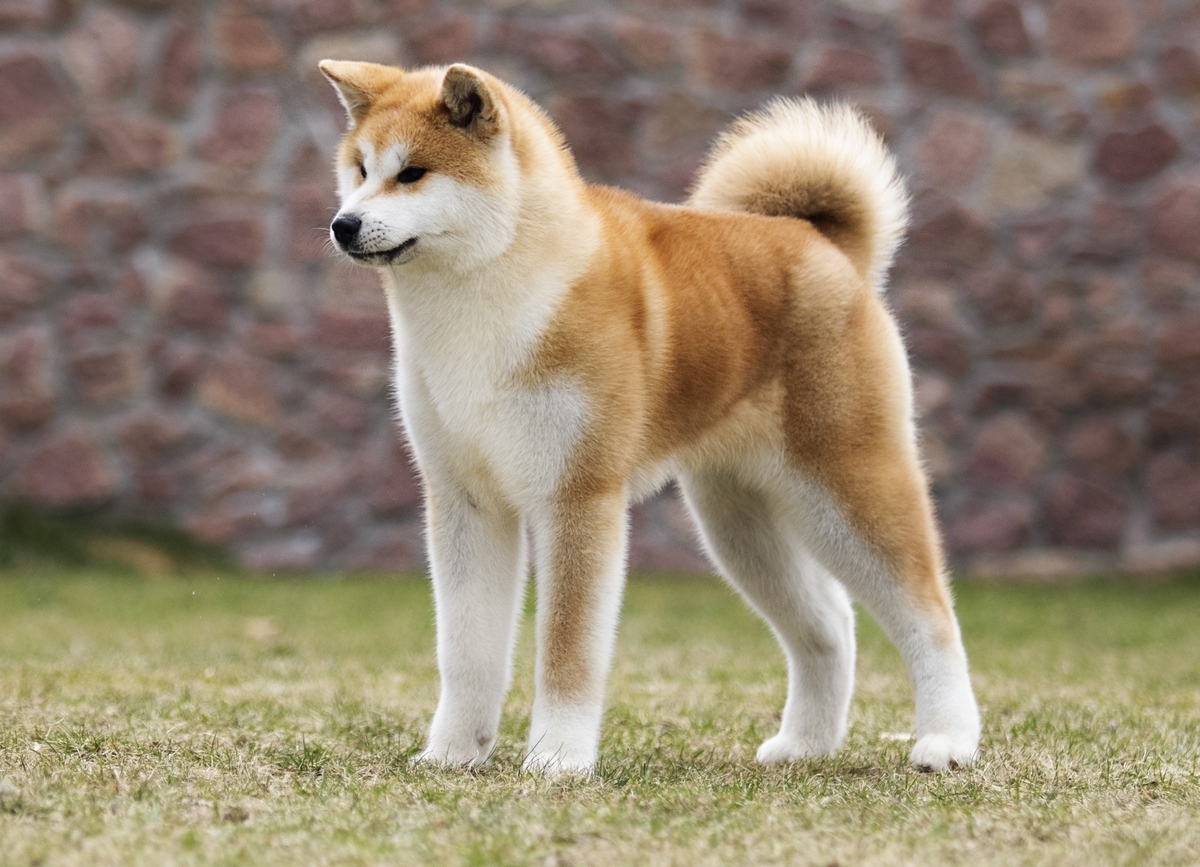 Here is a quick overview of the Japanese Akita dog. It was originally bred in the 17th century in Japan as a prolific hunting dog. This Akita puppy was prized by royalty for its ability and protective nature.

Today, they are thought of a Spitz-type dog. 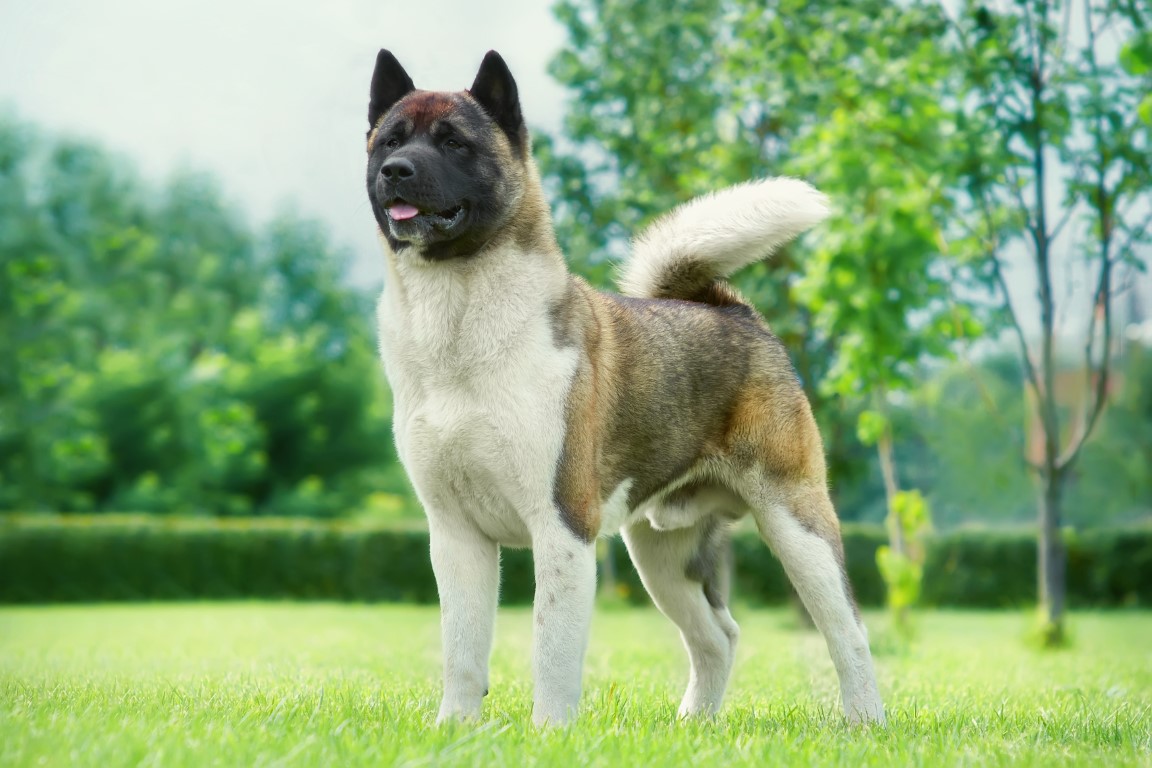 As we said before, this Akita dog was brought to the United States in the 1950s. American soldiers were the first ones to bring it as a guard dog and companion dog. Thanks to Hellen Keller, an American author, and political activist, we now have two varieties of the Akita breed.

Pros and Cons of Owning an Akita

Before we get to the American Akita and Japanese Akita breed comparison, let’s talk about some pros and cons of owning an Akita. Owning such a large dog is not for everyone. Here is a quick breakdown. 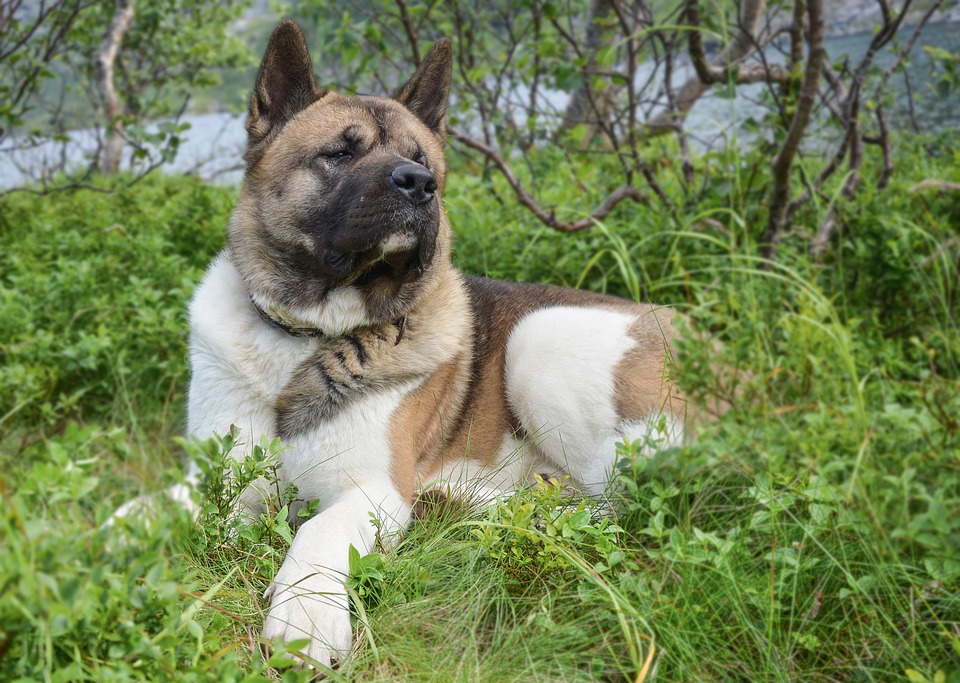 As we said before, there is a breed standard for both Japanese and American versions of the breed. According to the AKC, the size of the American Akita should be between 24 and 26 inches and weigh between 70 and 130 pounds. This dog has a large, muscular body, and a broad, bear-like head.

The Japanese Akita grows between 23 and 25 inches and weighs between 65 and 120 pounds. They have a large body and fox-like face, small eyes, and erect ears.

The coat color of Japanese Akita ranges between red, fawn, brindle, and black. They have a thick double coat and a long, curled tail.

The American counterpart has a much wider spectrum of colors, including white, brindle, pinto, and more. The most common is solid white with a mask on the face.

While there are visual differences between the two, their temperament is quite similar. This great Japanese dog breed is loyal, independent, intelligent, and wary of strangers. While they are aloof around new people and strangers, they are loving to their owners.

If you want a companion dog, the Akita is one of the most loyal companions. Just think of the movie Hachi: A Dog’s Tale. That movie adapted the story of Hachiko, an Akita that waited loyally for its dog owner.

One thing we have to note is that they tend to have an aggressive gene in them. Therefore, do not leave them alone and unsupervised with small children or other pets. With proper socialization, they are amazing, but you should still supervise them.

We said before that the Akita puppy needs a large yard where it can roam and run. To keep your Akita dog happy and healthy, provide a moderate amount of daily exercise.

That means 30 to 60 minutes a day. Walking and romping in the yard are great options for exercise. Just make sure your young puppy avoids jumping or jogging on a hard surface. Wait for your Akita to be 2 years of age and has its bone structure developed. As with any other large breed, Akitas are prone to injuries to their hips, so avoid jumping and jogging until they fully develop. Training is vital for both types of Akita. But it is not an easy task. As we said before, they need an experienced dog owner who can provide firm, but calm training.

They are not a good choice for first-time owners. In your training, you have to be consistent. For best results, use Akita’s devotion and loyalty to your advantage. Both American and Japanese versions respond well to positive reinforcement and reward methods.

As a large dog, Akita is prone to several health risks. It is best that you get your puppy from a reputable breeder to avoid any health issues. Here are some risks associated with this dog breed.

When it comes to grooming and care, we have to remember both of these dogs are heavy shedders. They usually shed two times per year before seasonal changes. This is also known as blowing out the coat. It happens during the fall and spring seasons.

So, now that we talked about all aspects of the American Akita and Japanese Akita comparison, which one is the right for you? There is not much of a difference, to be honest. It comes down to appearance and what you prefer.

Because both dogs have similar temperaments, exercise needs, and trainability levels, it doesn’t matter much which one you will choose.

One thing to note though, the American Akita is bigger and has more bear-like features. It also comes in a wider variety of colors.