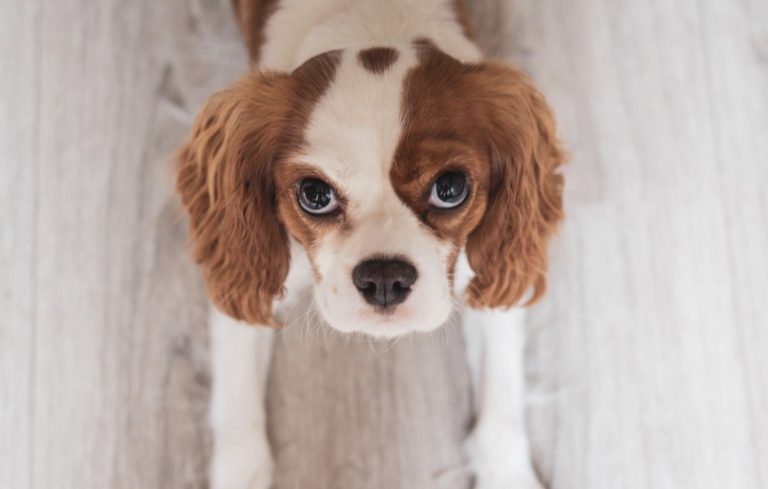 Born to be a companion dog, the Cavalier King Charles Spaniel dog breed has maintained the sporty nature of its spaniel ancestor. Yes, this puppy is a lap dog at times. But when he is not sitting on your lap or getting a belly rub, he will be happy to run around and chase birds. What are some Cavalier King Charles spaniel facts you need to know before getting this puppy?

This dog breed is a purebred dog. But this pup still ends up in shelters and rescues. Why is that? Because a dog owner picks them up and doesn’t know how to handle the puppy.

This gentle and affectionate breed has won the hearts of many dog owners around the world. It appeared for the first time in the 17th century. Nowadays, it remains a popular dog. The American Kennel Club has him ranked in the Top 30 for a couple of years in a row. Let’s talk about some Cavalier King Charles spaniel facts.

This is not an Original Breed

If you have seen portraits of King Charles II with his spaniels, you are probably wondering how a dog breed could last that long. But this breed is not the same that was favored by King Charles II.

It wasn’t until the 19th century that dog breeds appeared in the conventional sense we have today. In the 19th century, many kennel clubs started appearing. For example, the American Kennel Club was founded in 1884.

With the appearance of kennel clubs, dog breeds began creating modern dog breeds. The breed we have today is a recreation of the original dog based on portraits and accounts of the dogs.

They were crossed with a Pug to reduce their size. The dog has become more uniform in appearance since the early 1900s.

Today, the puppy breed has four main color variants, but they share a uniform appearance.

Their eyes are a signature feature

This toy dog has many signature features, but one of the biggest is the eyes. They have beautiful large round eyes, and they are a breed hallmark. The warm, dark brown color of their eyes and the cushioning under them creates a melting, limpid look you cannot see in another breed.

Cavalier King Charles Spaniel was originally bred as a companion dog. It is natural that this puppy excels as a therapy dog. He has a loving and warm temperament.

Combine their joyful temperament and tendency to fall asleep in any lap, and you have an excellent therapy dog breed.

Cavalier Spaniel is easy to train and intelligent enough to provide companionship.

This puppy absolutely has to be with its owners. Cavaliers are very social dogs and they love to hang around people. They will jump in your lap the first chance they get.

As a dog owner, it is your responsibility to make sure your puppy gets enough love and affection. Otherwise, you may contribute to your puppy developing separation anxiety.

Cavaliers need to get their mental stimulation and physical exercise. But they also need to be around people and get the attention they crave.

There are ways you can make sure your little dog gets enough mental stimulation while you are away.

This dog loves to exercise

Yes, we said before that Cavalier King Charles Spaniel is a lap dog. But this puppy is also a sporting dog. He retains his original hunting instinct and can go off after small creatures. Birds are their favorite for chasing. When they catch a scent, they will go after it. 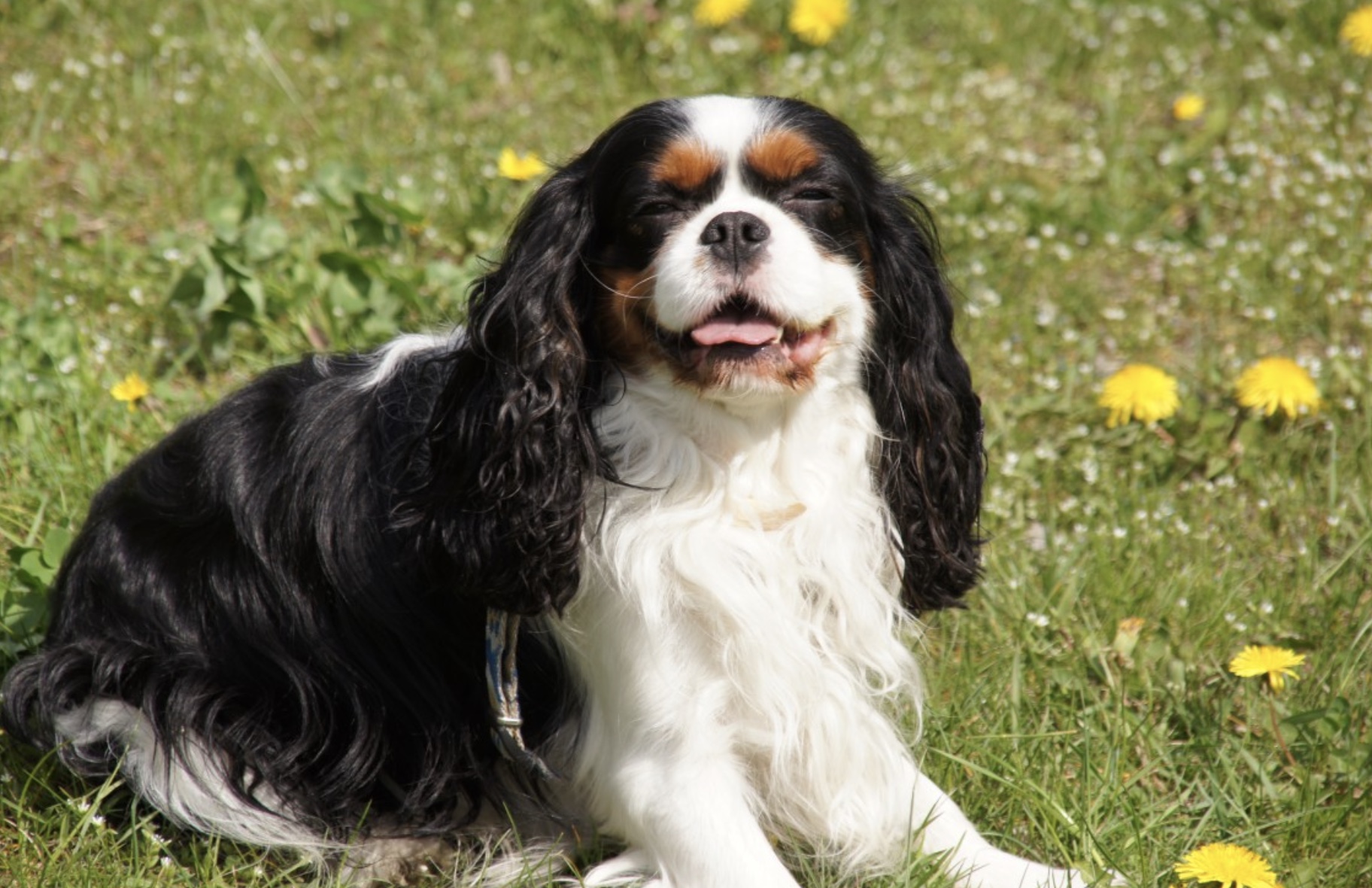 We mentioned before that this puppy comes in four different breed colors. Those are the colors recognized by the American Kennel Club and other clubs around the world.

Fencing is a must

There is one thing you have to understand about your Cavalier King Charles Spaniel. This puppy can get easily distracted can quickly run across the road or into another yard to greet another animal or person. That is the downside of being extremely sociable.

If you live in an apartment, it is easier. But when you live in a house, fencing is a must. Train your dog to avoid distractions.

Here are some Cavalier King Charles spaniel facts for you. Despite its looks, Charles Spaniel puppy is actually easy to groom and maintain. Unlike other long-haired breeds, King Charles tends to have few matting issues with its fur.

Yet, you should brush your pet two times per week. Anything more than that can hurt. Yes, your lap dog will enjoy the experience. The best tools are a comb or slick brush to remove tangles. Then, use a bristle brush to give your puppy the shiny and feather coat we all love. 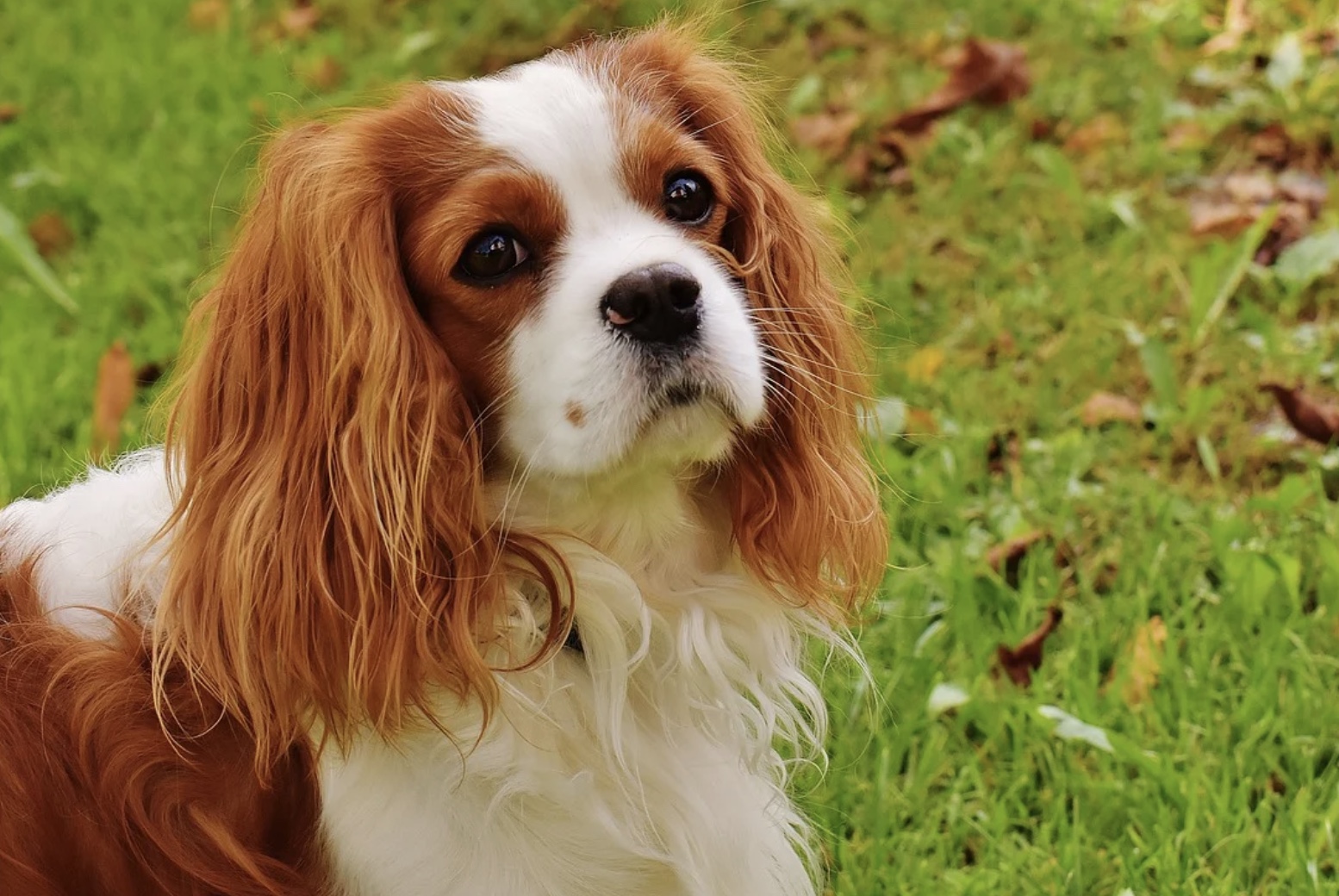 If you are wondering if this little dog is easy to train, the answer is yes. But you should follow some basic rules of obedience training. Potty training is a bit of a challenge. But this happens with most toy breeds who are used to spending most of the time at home.

Are they OK with other dogs?

In most cases yes. Cavalier puppy has little to no dog aggression and is quite sociable. But if you ignore the early socialization phase, your puppy might get shy and fearful of other dogs.

In some cases, without proper socialization, your Cavalier might get aggressive with other dogs.

Most of these problems are genetic. So, only adopt first or second generation Cavalier breed.