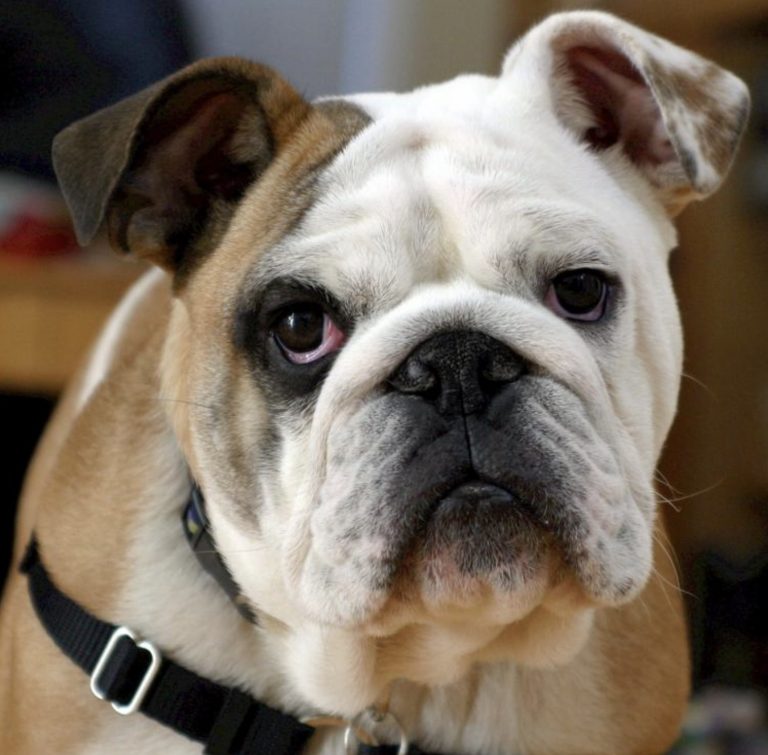 Your English Bulldog puppy will capture your heart with its smooshy face. But is that all you need to focus on? How much do you know about the English Bulldog breed? This is a medium-sized dog, short and compact with a wide chest and small rear. Today, we will talk about some of the most important English Bulldog facts you need to know before getting a puppy.

Bulldogs are members of the bull dog breed family. You have to make the difference between an English Bulldog dog and a French Bulldog. The latter is a whole different story. Frenchies are basically a tiny version of the English relative, originally bred in the 1800s.

Now, speaking about the English version, the Bulldog Club of America says the dog has a unique history. They were originally bred for bull baiting, which was a horrible practice in medieval Europe. This practice involved forcing the dogs to taunt and bite bulls.

Things changed in 1835 when a group of kind-hearted dog lovers got together and saved bulldogs from succumbing to the inhuman practice of bull baiting.

Fun fact: during the 18th and 19th century, breeders were working toward a mini bulldog and toy bulldog. They wanted to downsize the bull dog breed. It would be fun to have a miniature English bulldog, right?

Today, the English Bulldog breed is among the most popular in the world. The American Kennel Club puts him in the top 5. This kind, gentle, and playful pup is something you would love to have. He is a great family dog.

With that in mind, here are some English Bulldog facts you need to know before getting the puppy.

They are high maintenance dogs

When you think of an English Bulldog pup, you might not think of much maintenance. But while grooming is easy, veterinary bills are not. There are many reasons why this puppy is high-maintenance, and we can break them down one by one.

If you own a Bulldog, expect a puppy with a food allergy. That might mean more money until you figure out the right diet for your puppy.

Pay attention to symptoms like ear inflammation, gas, chronic diarrhea, itching skin, and licking of paws. Bulldogs do not do well with grain, poultry, potato, and other foods. It might take you months of trial and error until you find the right kibble. Potential dog owners should be ready to buy premium dog food.

Speaking of taking care of your English Bulldog, pay attention to those beautiful wrinkles we all love. If you do not take care of them, they can become inflamed, yeasty, and infected. It will make your puppy uncomfortable and might cause even more health issues.

Face wrinkles can also cause problems with your puppy’s eyes. Watering eyes drain into facial wrinkles, and that can make a perfect breeding ground for yeast and bacteria.

So be ready to clean those wrinkles often.

Your English Bulldog puppy is prone to a prolapsed gland of the eyelid. This condition is known as cherry eye, a congenital weakness in the gland’s attachment to the eye.

This condition requires constant attention and prevention. If it becomes too inflamed, your British Bulldog might need a surgical procedure.

Now going back to English Bulldog personality traits. This puppy is quite stubborn. Once he gets his mind to doing something, you cannot change his mind.

This dog might fit into a way too small space because he wants to get something there or eat something he should not eat.

It is not your puppy’s fault. But respiratory issues make for some loud snoring. When your puppy sleeps, he will snore louder than you would ever think.

The main reason is his body is small and dense, but his respiratory system causes issues with breathing. And while this is an issue with any other brachycephalic breed, bulldogs are known for their snoring.

Your English Bulldog pup requires a near-constant human presence. This puppy is extremely social, and mostly with his family. This is what makes bulldogs a great family dog.

If you want a dog that will crave your attention 24×7, get an English bulldog. The downside is that you cannot leave your puppy alone for long periods. Otherwise, they might develop separation anxiety.

If you have to leave home, make sure to leave your puppy engaged in something. Or, you can get him a canine buddy.

They sleep a lot

Your puppy is a regular nap-taker. This dog will take at least two naps per day. They get easily tired from simple tasks such as eating and walking around. So, make sure to provide a nice and comfy bed for their nap.

They can be energetic 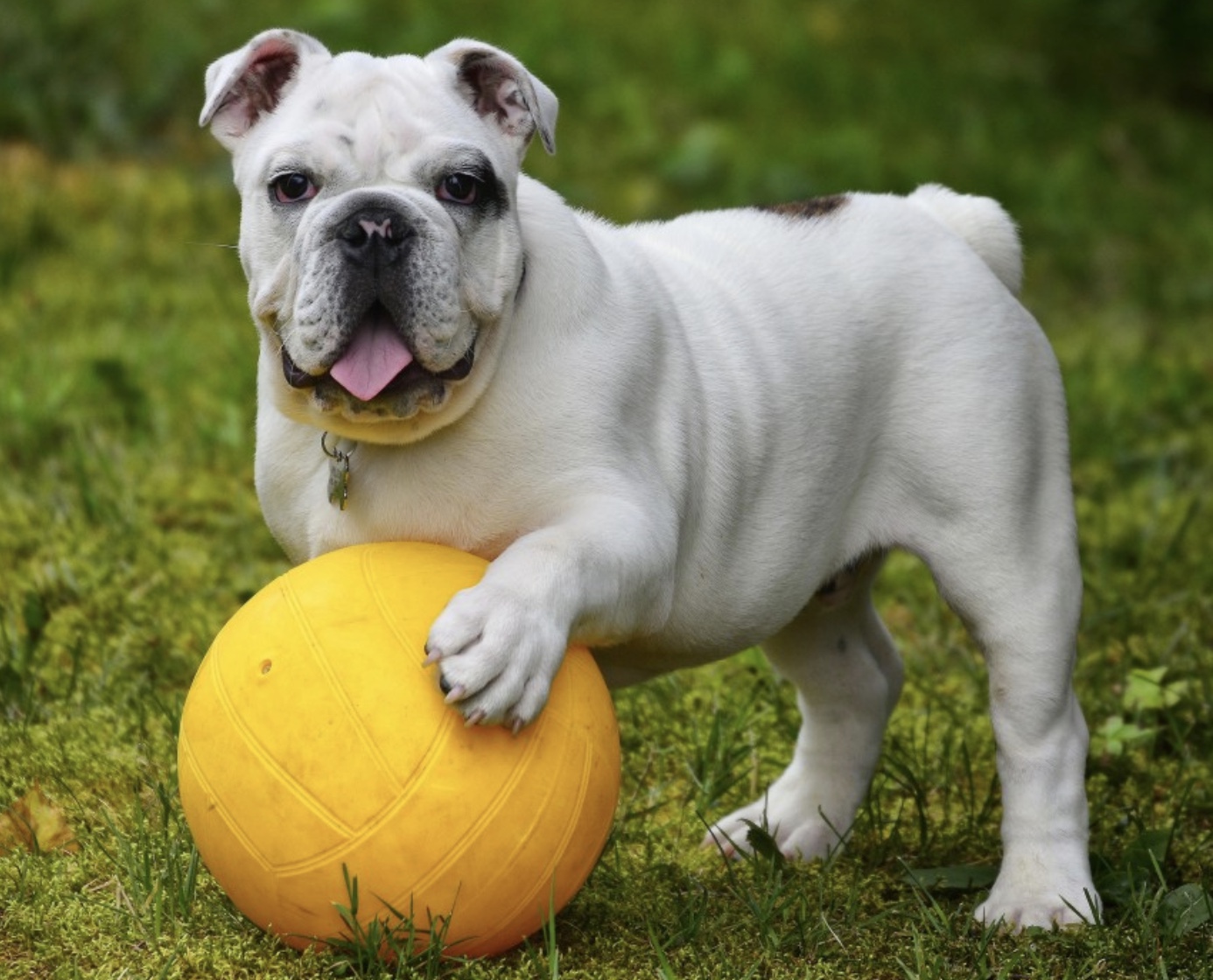 This might surprise you, but your English bulldog puppy is full of energy as a young pup. These dogs are very energetic when they are young. Eventually, they might grow out of their puppy stage and calm down. But some of them remain energetic forever.

Be mindful of their body temperature

You should be careful not to overheat your bulldog. They get overheated because of their breathing problems. But also because of stress, high altitude, dehydration, high temperature, and physical exertion.

This breed is highly intelligent. That means your puppy needs mental stimulation. Because they do not spend a lot of time outside, learning new dog tricks at home like sit, lie down, roll over, and similar is quite enough.

Without mental stimulation, your puppy will get depressed. Try some nose games, they are great for stimulating your puppy.

They remain puppies at heart 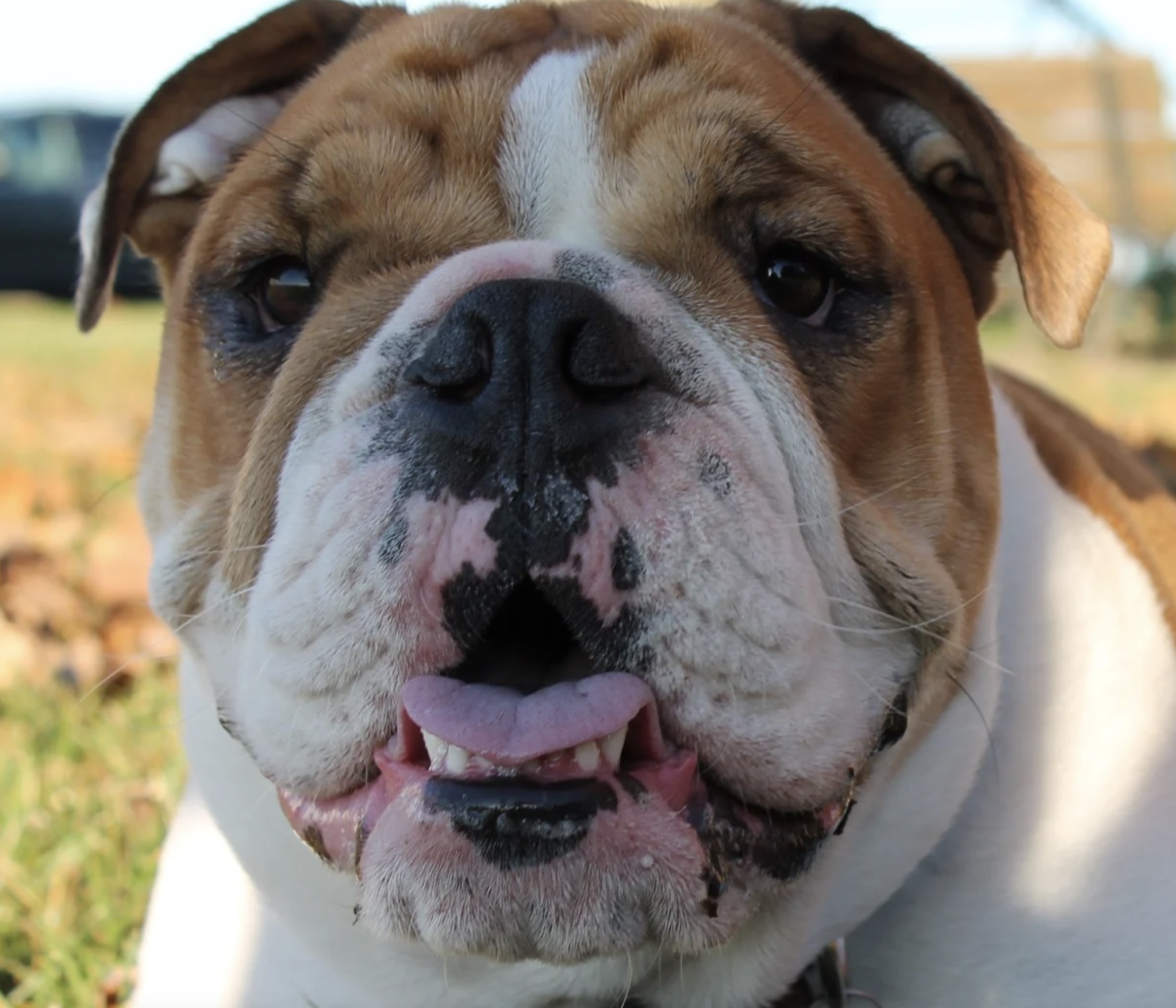 Contrary to his appearance, your English bulldog puppy will remain a puppy at heart throughout his life. Yes, he might be less energetic, but he will still be cuddly, loving, and curious. So that is all for English bulldog facts.