How to Correct Your Puppy? Learn Proper Discipline and Correction 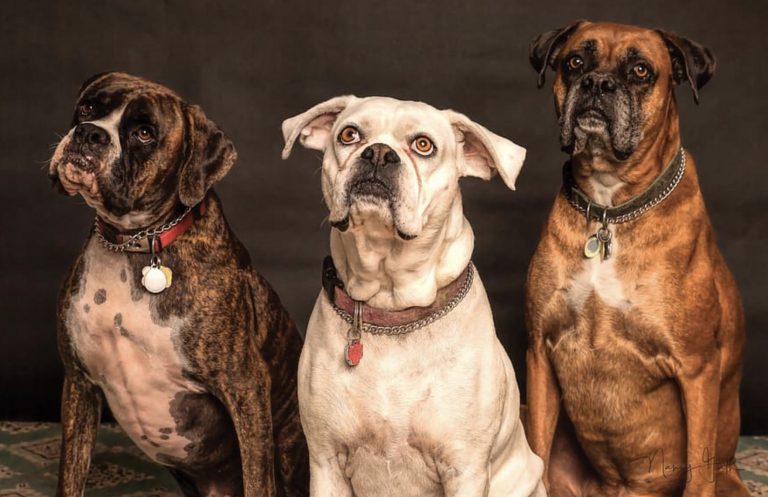 Proper correction is an extremely valuable tool in your dog training toolbox. The problem is, that not every dog owner understands how corrections work. And then we have to say that some people are 100% for positive reinforcement. We have to stress that balanced training, one that encourages small corrections, is nothing cruel and harmful. So, how to correct your puppy?

If you are willing to live with a misbehaving dog, you might need to find another way to deter bad behavior. Or maybe you need to get a stuffed animal. You will not break your dog’s soul with a small correction.

In fact, dogs will better understand a proper correction than redirection or some other tool. Bad behavior should not be tolerated. And that doesn’t mean you need to beat your puppy.

They should not be emotionally charged. If you are correcting out of anger, frustration, or because you have lost your temper, it will affect your puppy. Your role as a leader will be questioned.

We will talk about the rules of correcting your puppy later on, but the first rule is never do it because you have lost your temper. That will not work. It will only put a scare into your puppy and frighten it.

The goal is to use enough force to redirect your dog’s attention and stop its behavior, but not enough to frighten or scare your dog. This is a fine line that is the biggest challenge in effective correction.

You should always follow your correction with praise for redirecting your puppy’s attention toward you. When you offer praise following a successful correction, you motivate your puppy to engage with you.

Correction can come in many forms and shapes, but the most popular and common one is leash correction. When it comes to leash correction or collar correction, it should start and end with a loose leash. If your leash is not loose after the correction, you are doing something wrong.

All you need is a quick and sharp pop on the collar. Long and constant pulls will do more harm than good.

Timing is everything here, and leash correction should be administered correctly based on the size of the puppy. With that in mind, a little dog needs little correction. A big dog needs stronger correction. And then consider the focus on the poor behavior.

What exactly are corrections?

The simple definition of a correction is an action taken by the human dog owner to deter undesirable behavior. It should feel uncomfortable, but it is not abuse and they do not break puppies.

Corrections can come in many forms, but in balanced training, they come in the positive punishment quadrant of operant conditioning. Why do you need little correction? Because bad behavior now will remain there in the future.

Positive punishment corrections involve doing something that will reduce the occurrence of the undesired behavior. They usually come in either verbal or physical form.

I have written previously about how much training you can do just by using your voice properly. Our voice can change the tone, and that can mean different things and give different cues.

Verbal corrections are part of the positive punishment category. It usually comes in the form of a “no” or “leave it” command.

But bear in mind, NO needs to be given meaning in the early stages of dog training.

With negative marker words like no and leave it, you mark incorrect performance. Usually, these are used when teaching a new behavior. They help your puppy understand that the behavior was incorrect and it will not be tolerated or rewarded. You can also use words like “wrong”. Just make sure to use a neutral tone for a negative marker.

The most common physical correction is leash correction. Or as some people call them, leash jerks. The challenge here is not to use them all the time. Leash correction works fine when used for a specific situation and purpose.

Usually, a leash correction helps your puppy learn heel, formal retrieve, and coming back to you.

How to properly correct your dog

Now that you know what is a correction, you need to learn how to correct your puppy. I will give you two examples, and you tell me if they are cruel or considered abuse.

The first one is a change of direction. It works effectively when you want to teach your dog to follow you and consider you a leader. And in practice, you can use it to prevent and avoid situations that you know your dog doesn’t like. For example, passing another dog. Just change direction and avoid the dog.

Change of direction requires just a small leash correction. As your dog changes its walking direction and follows you, mark with yes or great, and give treats and praise.

The second example is when you are trying to teach your dog to stop eating things from the ground. Do what you want, but you cannot achieve that by adding a NO every now and then. The trick is after NO, offer some treats to your puppy. This way, it understands dog food and treats come from you.

Some dog trainers use the ruff correction, which is picking your dog by their ruff. It is the place of your puppy’s neck with loose skin. It does not hurt a healthy puppy, because it is a natural correction used by mothers. In the wild, mothers pick babies on the ruff to correct them. But I do not suggest you try this.

Proper correction is not just about “how”, but also about “Why” and “When”. I said before there are rules, so here they are.

I have to stress some things at the very end. Remember, this is IMPORTANT, reward is more important than correction. Work hard on praise and positive reinforcement, so that you will need fewer corrections.

An effective leader trains with a positive experience. Yes, corrections are fine but do not make them your main tool for training your puppy.

Avoid overuse of negative and ineffective terms. Always follow a proper correction with praise and a positive experience. 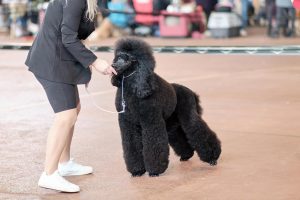 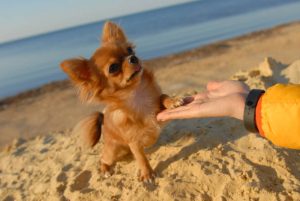 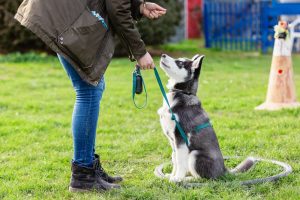 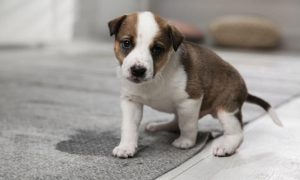 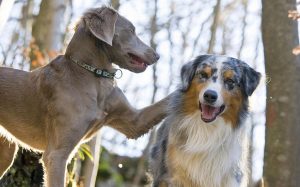