Basset Hound vs Beagle – Which Hound Is The Right For You? 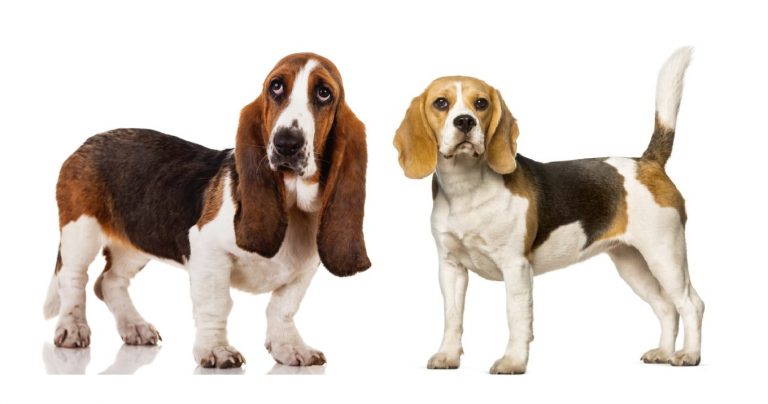 When looking at the Basset Hound versus Beagle breed comparison, you have to understand these two are hounds. That means they have a deep hunting and prey instinct. And they need an experienced owner that will know how to manage their natural instinct.

With that in mind, these two have a few similarities and some differences. Generally speaking, they are both good potential family pets.

Today, we will explore all the differences, similarities, and everything in between. Hopefully, in the end, you can make an informed decision about which one of these pets you want in your household. 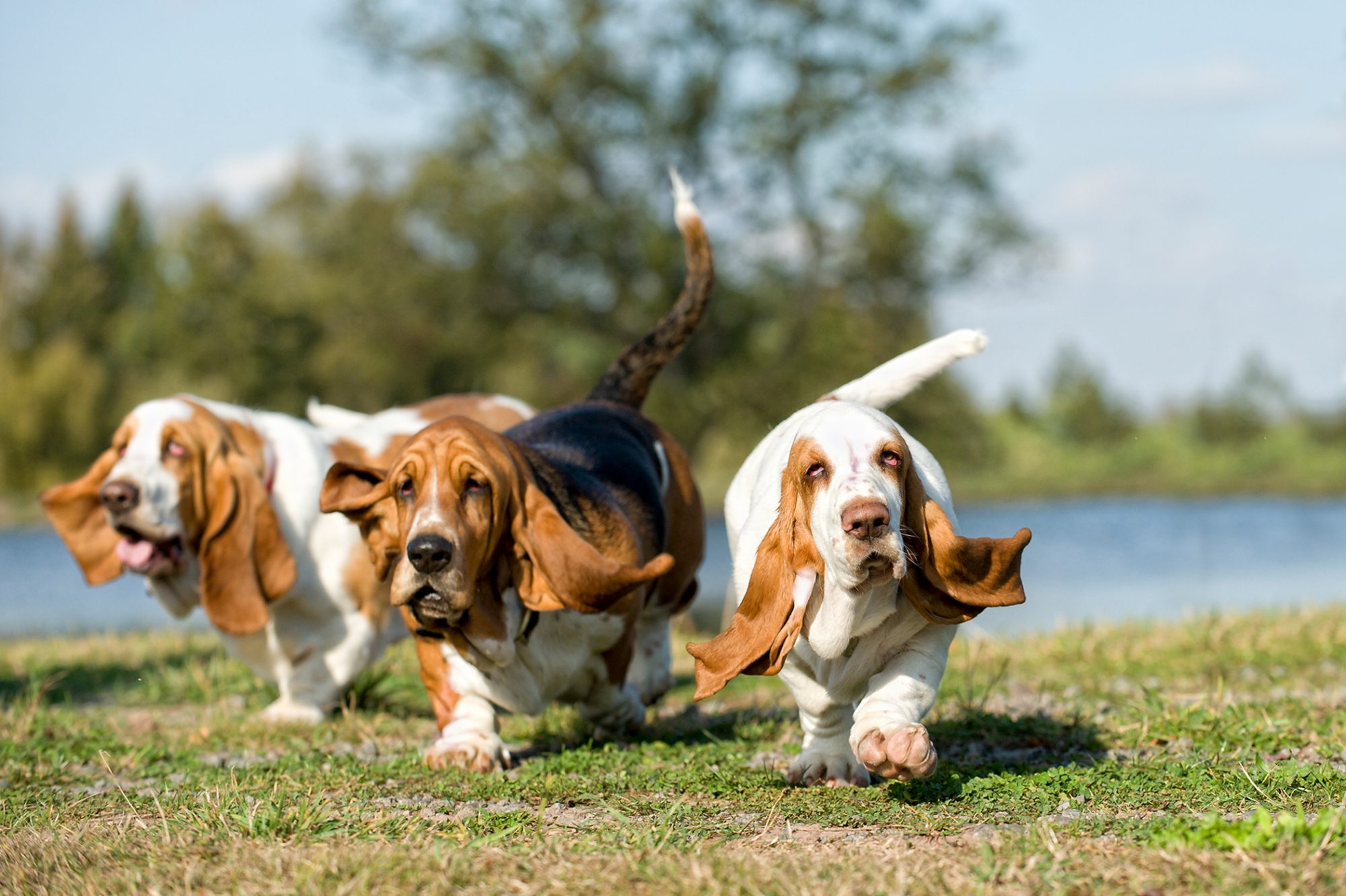 To better understand the Basset Hound versus Beagle comparison, we have to start with breed history. Both were originally bred as hunting dogs or better said hound breed dogs. One was bred in France, and the other in Great Britain.

First, let’s start with the Basset Hounds’ history. The modern Basset was bred in France in the latter half of the 19th century. He was raised to be a hunting dog companion to royalty and nobility.

These dogs have one of the best scents in the canine world. Their nose is second only to the Blood Hound. The “bas” in the name is the French word for low because their bodies are low to the ground.

This medium-sized dog is a sturdy dog with large floppy ears, short legs, a long tail, a long body, and the typical hound coloring.

The Beagle, or Beagle hound, was developed in England. The purpose was the same, hunting and helping nobility. Beagles do not have the same sense of smell as Basset hounds, but they are excellent hunting dogs.

Their history is somewhat of a mystery. Many believe that the name Beagle comes from the Gaelic word “beag”, translating to little. Other theories suggest their name comes from the French word “be’geule”, describing the sound that hunting dogs make during hunts.

Looking at the Beagle history, it is an older dog breed than Basset hounds. It was originally bred in England in the 18th century. Historians believe he is related to St Hubert Hound, like most hunting dogs. 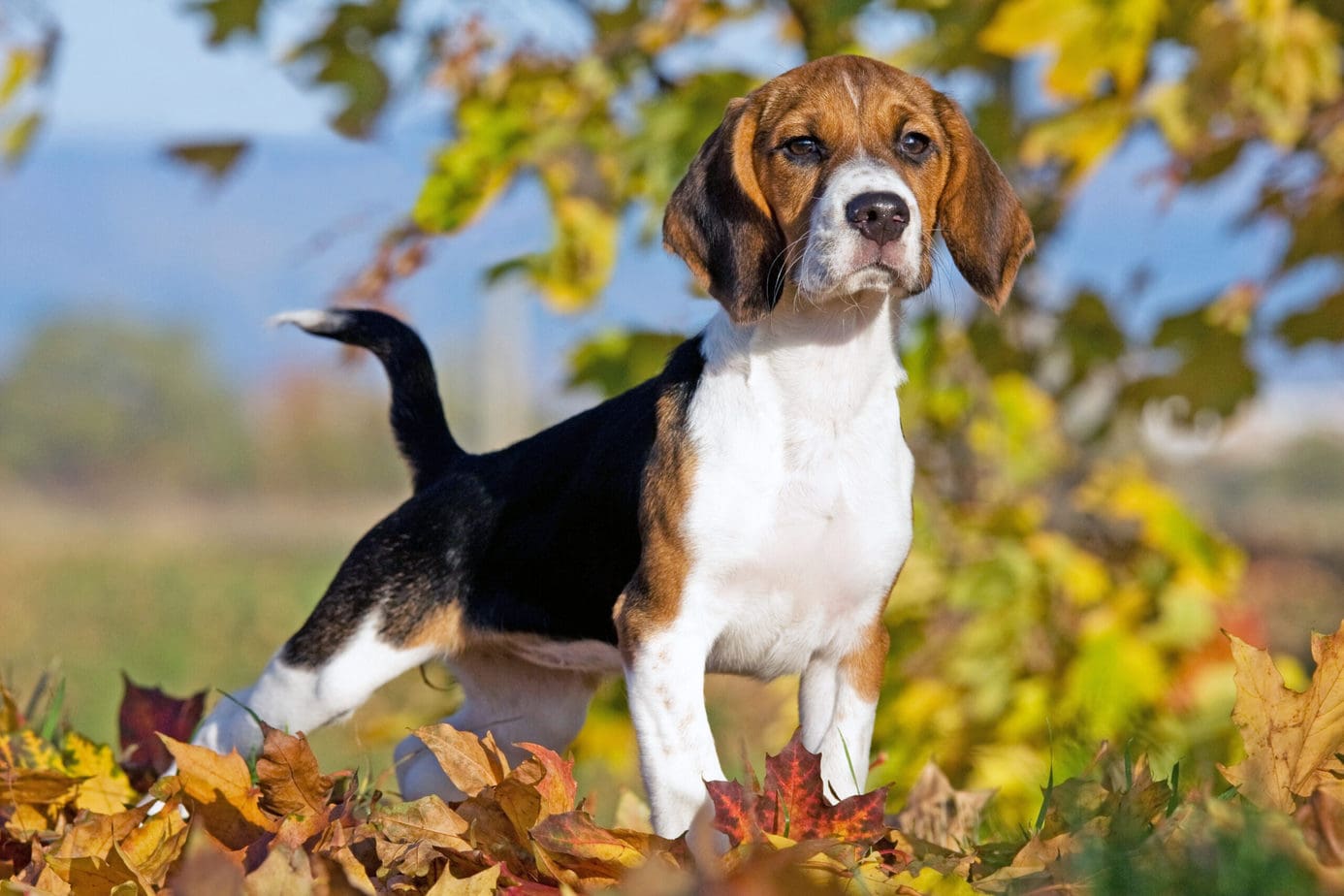 Because these two are hunting dog breeds, they have the classic hunting coloring. But they do differ in their structure and measurements.

Let’s start with the Beagle, the smaller dog of the two. According to the standard by The American Kennel Club, Beagles stand between 13 to 15 inches and weigh between 20 and 30 pounds. On the other hand, the Basset Hound measures up to 16 inches tall and weighs between 40 and 65 pounds.

They might have similar heights, but Beagles have longer legs and shorter bodies. In comparison, the Basset puppy has a deeper chest, a longer body, and shorter legs. Dwarfism is the reason why Basset hounds have shorter legs.

If you look at them side-by-side, Basset Hound has a distinguishing feature. And that is their floppy ears. They are extremely long, the longest of any dog breed. If pulled forward, they can cover Basset’s nose.

Beagles also have long ears when compared to the size of their head, but they are not as long as the one in the Basset.

Now let’s talk about coat color options. They have traditional hunting colors, meaning a mixture of brown, black, and white colors. Of the two, the Basset Hound has darker facial features. Both breeds have a white tail tip, which serves the purpose of locating the dog in the field when hunting.

We talked about Beagle vs Basset hound appearance comparison, now let’s talk about the temperament differences. They are loving, loyal dogs, with kind personalities. Both of them have many fans around the world, with the Beagle making it into the top 10 list by The American Kennel Club.

Let’s start with the Basset Hound, a dog that is known for its howling. Both hound puppies can be stubborn, and that shows, even more, when they are outside.

Now, many people assume that the Basset Hound is a lazy dog that sits around all day long. But that is not true. This hunting dog is used to working hard and needs as much exercise as the Beagle.

Beagles are happy and curious dogs with lots of energy. They are easygoing and agree with almost everyone.

The big challenge of owning a Beagle is separation anxiety. They are prone to it when left alone for a longer period. Remember, Beagles are pack dogs, and they enjoy the company.

Both dogs get along well with children and other dogs when properly socialized. One more thing to note. They are great escape artists. Please pay attention to them when they are outside, as dogs in the hound group may run off looking for a scent. 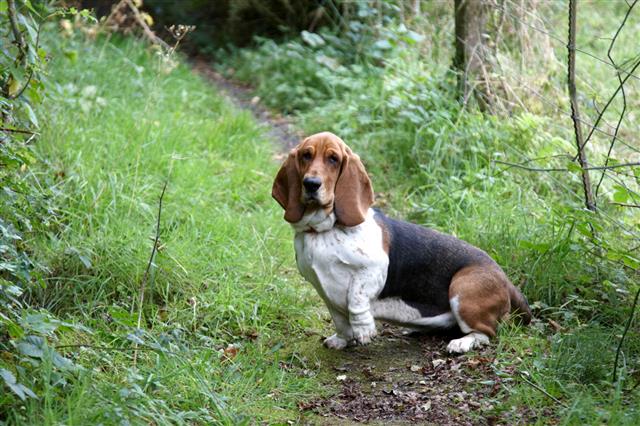 We mentioned one common misconception about Basset hounds is that they are lazy. But they need as much exercise as Beagles do.

Both of these dogs have a lot of energy. But they need a different type of exercise. Because Bassets have one of the best scents in the canine world, they enjoy long daily walks and lots of sniffing.

Beagles love sniffing as well, but they also enjoy some play. Following a scent is the favorite activity for both breeds. And with Beagles, you can turn sniffing into a game.

Doing so can help you with training.

Speaking of training these dogs, you have to note one thing. They are stubborn and independent, making training challenging and difficult. But once you understand their drives, you can make training a breeze.

What does that mean? Well, dogs in the hound group enjoy sniffing. Play lots of games that include sniffing, and use sniffing as a reward for positive behavior.

Early training is essential. The best method is positive reinforcement, though some people have found success with balanced training as well.

Remember, these dogs were bred for a similar purpose, to do some hunting. Their strong hunting instinct and high amount of energy will make training a challenge unless you motivate them properly. 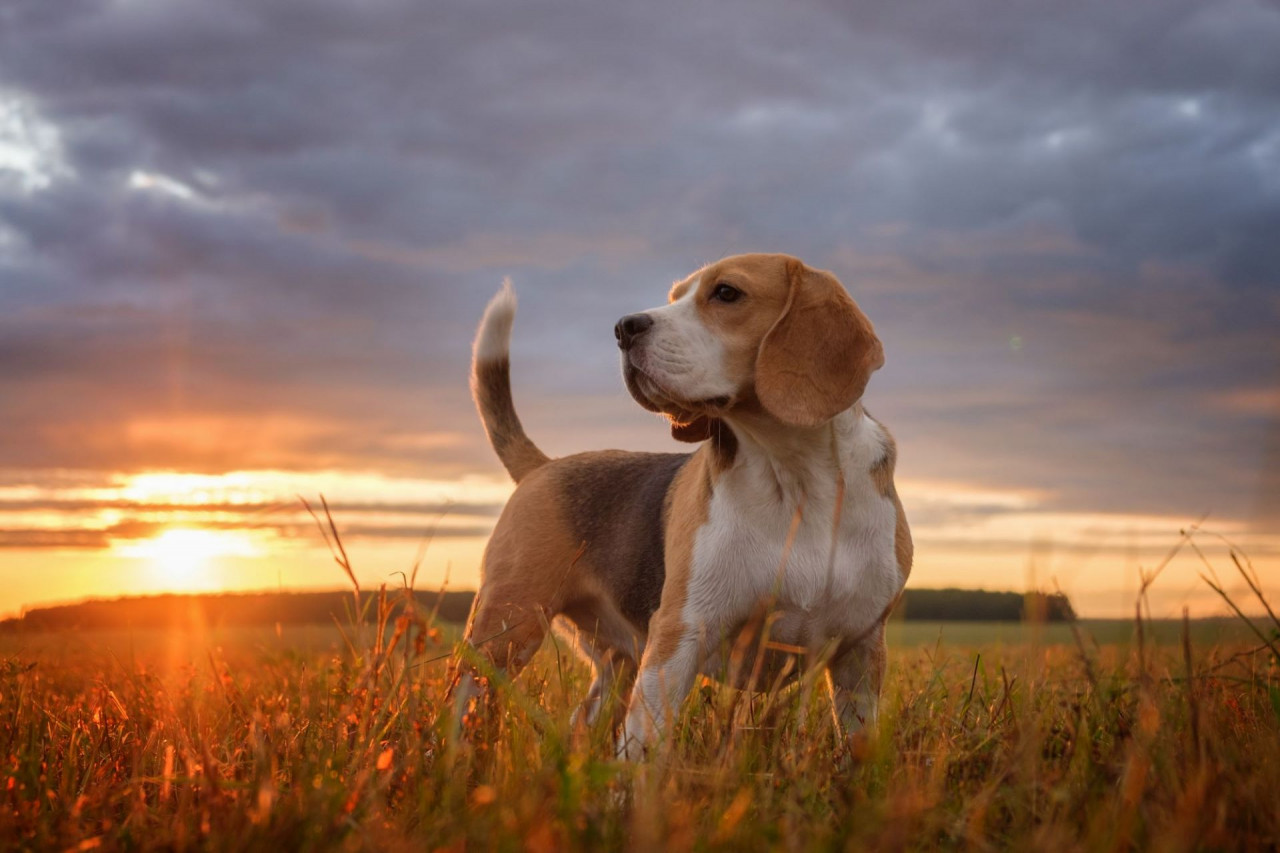 Of the two, Beagles are the healthier breed. Yet, they do suffer from health concerns like epilepsy, allergies, eye issues, hypothyroidism, hip dysplasia, and back problems.

There is one thing to note. These two can be prone to obesity if not exercised properly. And we know obesity brings a whole new set of troubles. So, make sure to exercise your hound breed. It is even more important with the Basset Hound. Do not consider this dog a lazy one and a couch potato.

These two have similar health risks and concerns. One of the biggest challenges is intervertebral disc disease, which can result in back pain and spinal paralysis. Eye diseases like glaucoma, cherry eye, and renal atrophy are also common, but not life-threatening.

When you look at these breeds, they have short coats. But do not mistake them for non-shedders. They both shed. The difference is Beagles shed mainly in spring, while Basset hounds shed all year long. Make sure to have your vacuum ready.

But the good news is that their short coat doesn’t require a lot of maintenance. A good brush every couple of days is enough. Pay more attention to their long ears, because it can result in ear infections. Make cleaning ears a regular habit.

You cannot go wrong with either one. At the end of the day, the Basset Hound vs Beagle debate comes down to preferences. They are loyal, loving, intelligent, and well-mannered dogs.

The Basset Hound has a lower energy level and is suitable for a less active family. You also have to keep in mind the popularity and rarity of the dogs.

Because Beagles are more popular, they are also more expensive. At the end of the day, these hunting dogs make great family pets. And they are amazing with other animals and children.