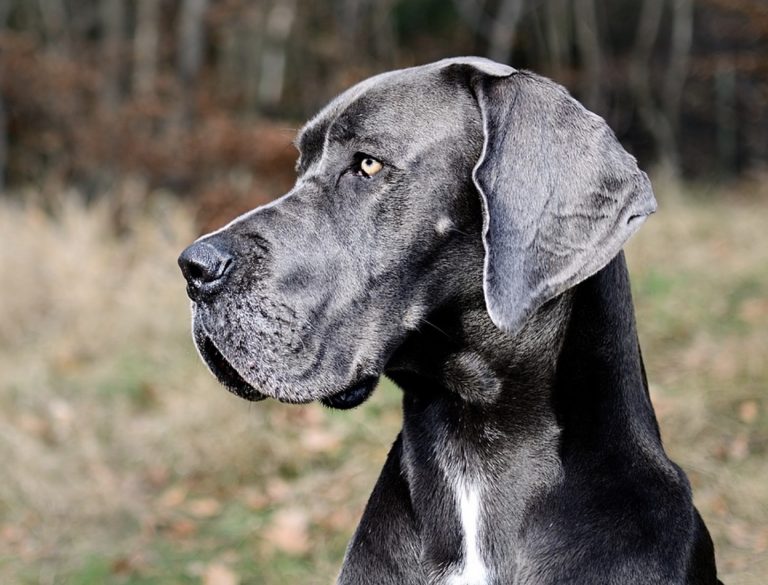 Great Dane casts a shadow over most dogs, literally and figuratively. Great Danes are amazing dogs, and they certainly make a great companion pet. Did you know they are not actually Danish? Do you know that dogs that resemble Great Danes appear in ancient Egyptian carvings? And that the modern Great Dane dog was bred in Germany in the 1800s?

There are so many more Great Dane facts to unveil. Today, this gentle giant is a beloved family pup. Many describe him as the Apollo of dogs. Its grace, courage, stature, and beauty make the Great Dane breed a mainstay at the American Kennel Club of the most popular dogs.

The Tallest Dog in the world 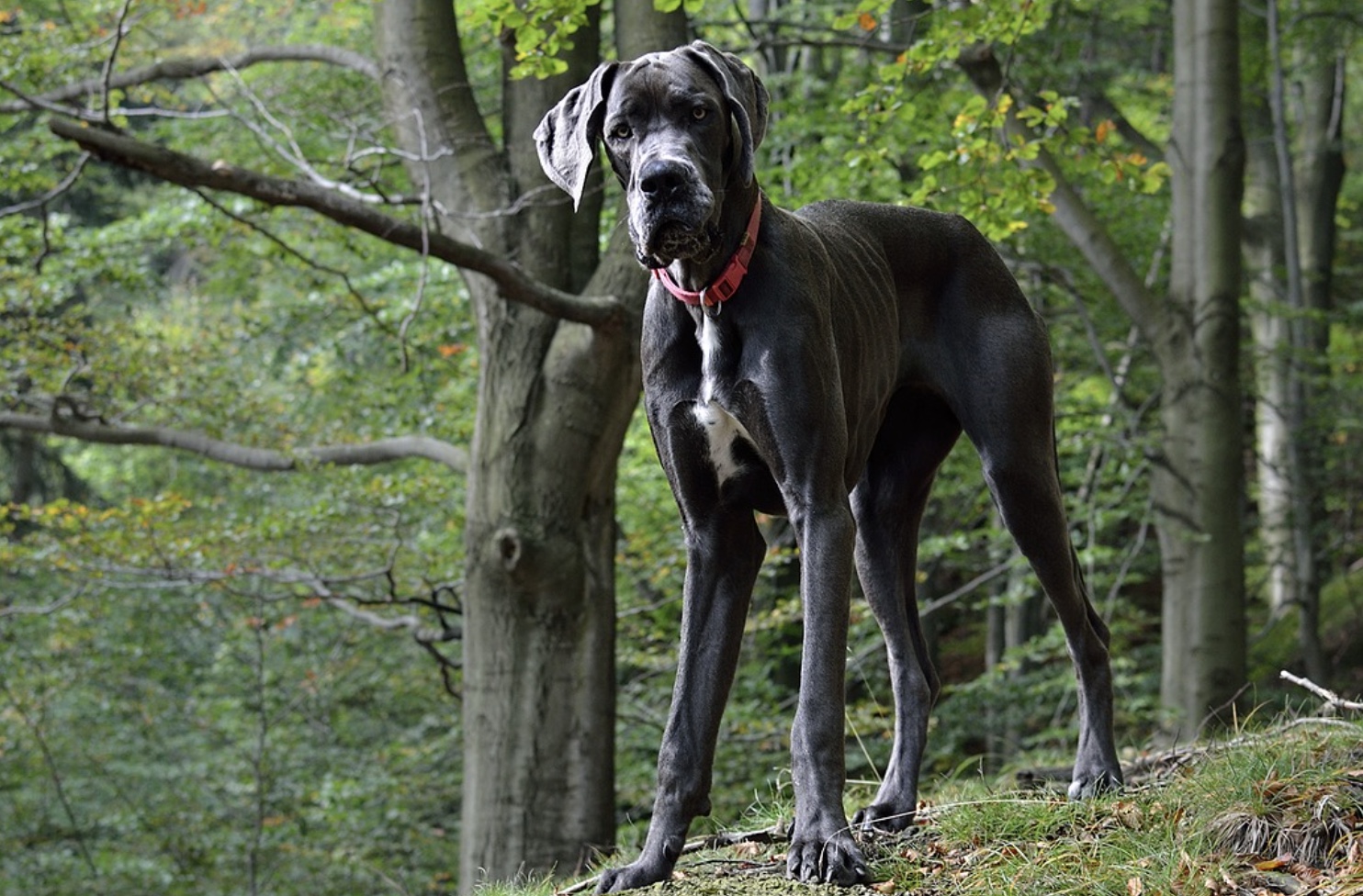 Great Danes might not be the tallest dog breed, but a Great Dane puppy holds the record. Male Great Dane can reach up to 32 inches at the shoulder and weigh 175 pounds. Female Great Dane is a bit smaller, up to 30 inches and 140 pounds.

But both males and females can tower over many humans when they stand on their hind legs. The tallest dog was a Great Dane named Zeus. The large dog was a whopping 44 inches tall on all fours. He held the record in the Guinness Book of World Records.

Sadly, he passed away at age of only five years due to symptoms of old age.

Their name is misleading

When you read the name Great Dane dog, you might think this puppy comes from Denmark. But that is not the reality. This dog origins from Germany.

Some theories suggest that the name comes from when French naturalist Georges Louis Leclerc, Comte de Buffon saw the dog breed while traveling in Denmark in the 1700s. He called the dog “le Grande Danois”. And the name just stuck.

The American Kennel Club says the name is a translation from Grand Danois in French, meaning Big Danish.

Historians have mixed theories about the origins of this dog. One thing is certain, it is a large bred dog once named Large Danish Hunting Hound. Its presence began being known in the late 1700s.

By the early 1900s, the dog breed had at least six different takes on its name.

According to one theory, this gigantic canine was bred from the Irish wolfhound and the old English mastiff. They were bred to take down wild boars. But boar hunting is no longer a part of the life of this large dog.

As such, they had to be physically strong as well as brave. Luckily, the modern Dane has nothing with the aggressive behavior of its predecessors.

Today, the Great Dane is a gentle puppy, a large lap dog if you like. This affectionate pup loves hanging out and cuddling with his humans.

But the gentleness was bred into him. Because hunting became less popular, the giant breed evolved from the vicious killer it was to a show dog. The fight has been bred out of the canines, and now modern-day Great Dane prefers a leisure lifestyle.

That is what makes him a great family dog.

Because he was at one point bred to hunt bears, he uses his nose a lot more than other breeds. If he catches a scent, this large breed will like you to follow him.

You should try to keep him on a leash during walks since your Great Dane might wander after a scent.

One of the biggest downsides of being a Great Dane owner is you have very little time to spend with your puppy. According to Animal Planet, the Great Dane life expectancy is 7.5 years.

They are prone to several health issues due to their massive size. One is bloating, a potentially deadly stomach condition. And then there is hip dysplasia, another reason why you should consider pet insurance for your giant breed dog.

There are nine colors officially recognized by dog show clubs like the American Kennel Club. A Great Dane pup can be one of the nine or a mixture of nine colors. Those are fawn, brindle, blue, black, black and white, white, harlequin, merle, and mantle.

In 1941, Juliana the Great Dane was awoken when a bomb fell on the house where she lived. And she did what most canines do when they walk, she peed on it. Luckily for her and her family, the urine diffused the bomb and earned her the first medal. Three years later, she alerted authorities for a fire in her owner’s shoe shop and earned her second Blue Cross Medal.

Great Dane in the Navy

Just Nuisance was the only dog to be officially enlisted in the Royal Navy. This Great Dane pet served in the army between 1939 and 1944 in a Royal Navy shore establishment in Simon’s Town, South Africa. In 1944, he died at the age of seven. He was buried with full military honor.

Let’s finish the list of Great Dane facts with one of the best giant breed dog stereotypes. Have you seen Scooby-Doo? The big dog that is afraid of almost everything? He would jump into the arms of his owner Shaggy every time he gets scared?

Well, that is your celebrity Great Dane.