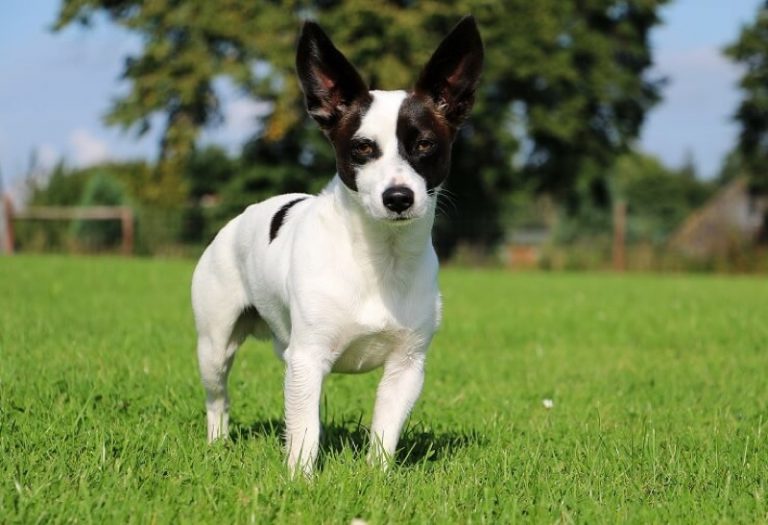 Jack Russell terrier dogs are small. But a crossbreed can be even smaller. 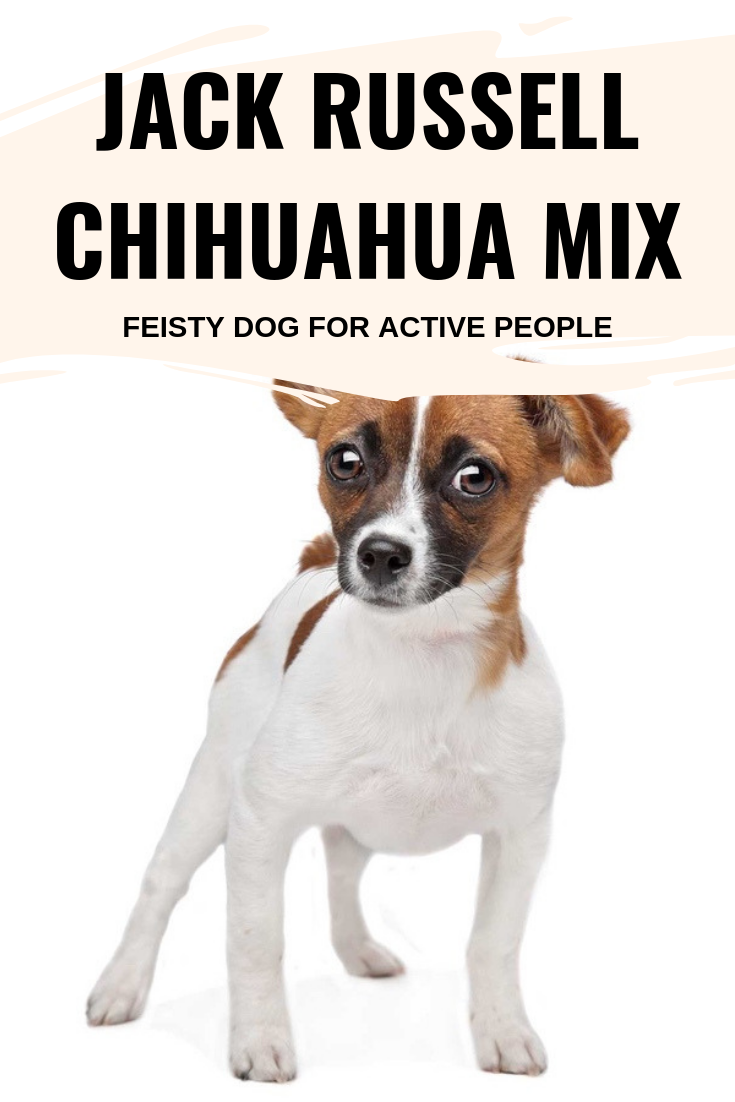 For example, a Jack Russell Chihuahua mix stands no taller than 15 inches in height. But that dog is full of energy, character, and devotion.

Some people call him the Jack Chi, it is not a pure-bred dog. Instead, the Jack Russell Chihuahua mix is a designer cross breed. A mix between Jack Russell terrier and Chihuahua, you never know what you are getting.

This dog was first registered as a breed by the International Designer Canine Registry in 2009. Jack Chi has gathered some steady interest from owners who want a lap dog with a huge personality.

They are feisty by nature, and it is all thanks to the character of both parents.

Origin of the Breed

There is no certain answer to the origin of this breed. The adorable Jack Chi first appeared in the 1980s and 1990s. At the time, designer crossbreeds were becoming popular, and Jack Chi was no different.

Owners love the personalities, as the Jack Russell Chihuahua mix gets the loyal character of the Chihuahua, but also the lively and energetic nature of a terrier. That makes the dog fun and always happy.

The temperament of the Jack Chi

It is hard to know what exactly the character and temperament of the dog will be. As mentioned, the puppy will take on both sides of the parents. With that in mind, one side always is more dominant than the other.

Jack Russell terriers are working dogs. They are known for having larger than life character. They can be quite dominant, as they view themselves as the strongest leader in the pack. The JRT can try to impose his will on others, and be the alpha in the home.

The Chihuahua, on the other hand, while feisty, she is more loving and loyal. Known as devoted lap dogs, they also have larger than life personality.

Combine the spirit, character, and devotion of the Chihuahua, and the athleticism, energy, and intelligence of the JRT, and you have a small dog that will keep you entertained 24×7.

The only problem is that you can never be 100% sure of the temperament and personality of the dog. Being a crossbreed, the mix can take upon characters from both parents. In most cases, the Jack Chi will be a high energy little guy that was bred to be tireless and athletic.

Early socialization gives you the best indication of what temperament your dog will have. Both parents are good house dogs, but one is more dominant than the other.

Another thing to watch for, both parents are known for their stubborn streak. Training can be challenging for new and beginner owners, as Jack Chi will require someone who will assert himself as the alpha. Patience is a virtue when working with JRT, Chihuahua, or a Jack and Chihuahua crossbreed.

How to take care of your Jack Russell Chihuahua mix?

In other words, if you one member of the family rewards your dog for no particular reason, your mutt will not listen to you.

In terms of eating, JRTs are known to eat a lot if given the chance, while the Chihuahua is not a greedy eater. Your Chihuahua and Jack Russell mix can be prone to weight gain. Therefore, keep table scraps at minimum, or swap them for the daily food allowance.

On average, small active breeds like this mix should eat 40 calories per pound of body weight. Ensure that his food is also meeting daily nutritional requirements in terms of protein and fat. Active dogs require food with at least 20% protein so that they can build their muscle.

Because he has a terrier parent, a Jack Russell and Chihuahua mix is a high energy dog. That means lots of walkies, but also exercise, playtime, and more.

JRT dogs and crossbreeds want to have their time to explore and take in the new experience. Expect your dog to be inquisitive and curious during walks.

You have to walk your JRT mix at least two times per day, and those walks should last between 30 and 60 minutes.

And throw some mental stimulation and mental games in there to keep your highly intelligent dog active and stimulated.

The good thing here is that a JRT mix is highly intelligent. He will pick up on commands, behaviors, and everything else rather easily. On the flip side, your Chihuahua and Jack Russell mix is also stubborn.

Simply put, your dog wants to be in charge. The best way to cope with that is to practice positive reinforcement. He will be eager to please for the right reward. Some dogs love treats, others love toys. It is up to you to discover his trigger.

Consistency, patience, and repetition of the same training techniques is crucial for success. Agility training will burn your dog’s energy quickly and effectively.

Make sure to socialize your dog as well. Puppy parties in a safe and polite way is a great way to introduce your dog to others. Allow your dog to interact with other dogs, both small and large, and both female and male dogs. Expose your dog to people as well to help with socialization.

One thing to note, the Jack Russell Chihuahua mix will chew a lot, so make sure to provide toys to keep him busy.

Some rules do apply. For example, when fully grown, these crossbreeds will be about 10 or 15 inches tall, and between 8 and 18lbs in terms of weight.

The coat can be white, black, cream, dark brown, or golden. Some have patches around the eyes, and same as their JRT parent, they are tri-colored.

The Chihuahua-Jack Russell mix has a short, shiny, and wiry coat that is quite dense. In some cases, they inherit the longer coating of the Chihuahua parent, and they shed more.

Generally speaking, they shed. But brushing two times per week is more than enough to keep their coat in great condition and prevent excessive shedding and hairs all over the home.

Crossbreeds have health issues associated with both parents. Allergies, particularly to long grass are common in a JRT and Chihuahua mix. Your dog might also be prone to dental and eye issues. Make sure the teeth of your dog are regularly cleaned. Adding a dental treat to the diet is a good way to ensure that.

On average, the Jack Russell Chihuahua mix will live between 13 and 15 years.