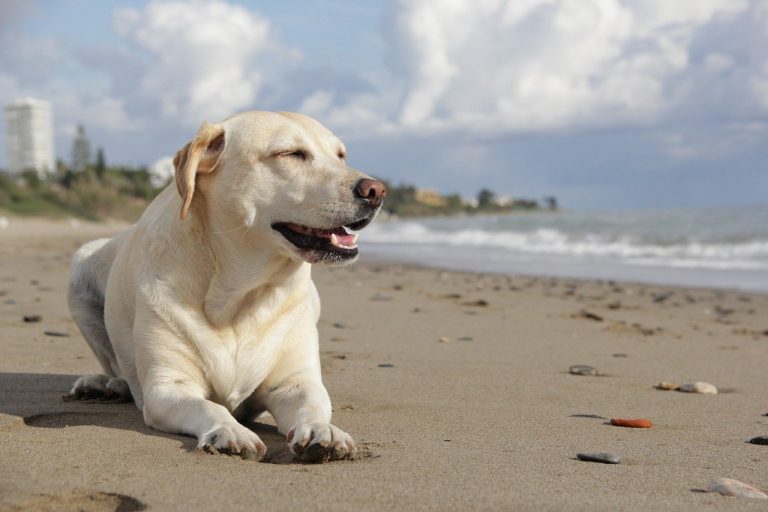 The breed is a record holder. The Labrador has been the most popular dog breed in the US for more than 20 consecutive years according to the American Kennel Club. And some of the famous people who have owned a Labrador include President Bill Clinton, former Vice President Dick Cheney, Prince William, actress Drew Barrymore, actor Kevin Costner, and many more.

Their home is not Labrador, Canada

People often think that this breed got its name because of its place of origin. But they are not from Labrador, Canada. Instead, the breed comes from Newfoundland, Canada. Originally, they were called St. John’s dogs.

It is hard to imagine a world without Labradors. But it was a possibility at one point in time. During the 1800s, Newfoundland families had to pay a tax if they wanted to own a dog. They were only allowed one dog. And owners of female dogs had to pay higher taxes.

That is why breeders of family labrador dogs decided to let their dogs go. The price was high. But thankfully, the Labrador was a popular hunting dog in the United Kingdom. And that is how the breed survived.

This might sound bizarre, but a Black Labrador in Pennsylvania went to jail for killing a cat. It happened in the early 1900s. The cat belonged to the wife of the Pennsylvania governor. And because of that, the governor threw the dog in jail for murder.

The Labrador was sentenced to Eastern State Penitentiary where he lived for 10 years.

Did you know that Labs were originally bred for fishing? They were bred to assist fishermen while catching fish. That is where their double coat and webbed paws come from. It makes it easier for Labs to swim in any type of water.

But because of their athletic ability and personality, Labs have grown into a family pet and popular dog.

Led Zeppelin and the Labrador Song

Fans of Led Zeppelin have probably heard the song “Black Dog”. But it has nothing to do with dogs. The fun Labrador fact is that the song was named for a Black lab that came wandering into the studio when the band was recording the song.

So, they named the song after the friendly dog.

What is the difference between English Lab and American Lab?

The main difference between English and American lab is the purpose. English Lab is a show dog. And the American lab is a working dog. The latter will not do well in the show ring.

We talked before about how one Labrador was jailed. Well, what about this Labrador retriever fact? In the state of California, in the small town of Sunol, one black lab ran for mayor and won the elections.

Well, he won a post as honorary mayor. But he was more popular with the voting public than any other candidate.

Missing in action and then returning

This is one of the most amazing Labrador retriever facts. An Australian black lab went to Afghanistan and went missing for a year. He was trained by the Australian military to sniff out IEDs in Afghanistan. He went missing after a mission. The soldiers mourned for the lost dog.

And one year later, the rescue dog found an American soldier and went right to him. After realizing the dog knows military commands, they returned it to the Australian army.

People believe the dog was looked after by villagers or children who loved his sweet nature and the love of humans.

On the Cover of Life Magazine