English Lab vs American Lab – Is There a Difference at All? 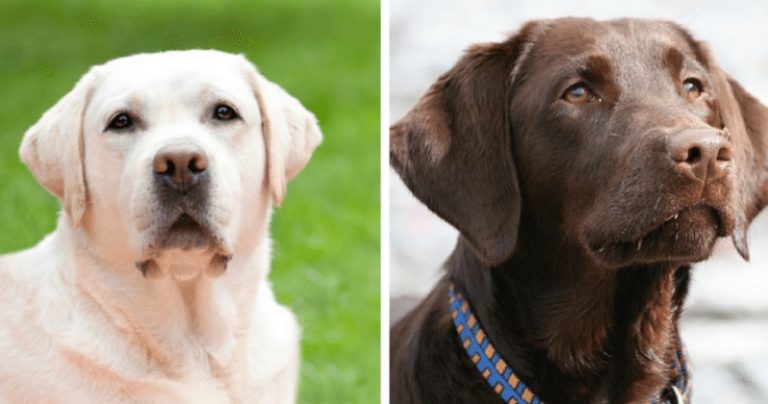 There is a reason why labs are so popular, they are friendly, fun, outgoing, active, and just adorable. But is there any difference between Labs? What is the great English Lab vs American lab debate?

Truth be told, any Labrador you will get will likely end up being a great companion. But if you are trying to answer the English Lab vs American Lab question, there are few things to consider.

What is the difference between American and English type Labrador?

The distinction between English and American Labrador is not an official one. However, the types are now almost universally recognized with distinct differences.

The main difference between the two is the purpose of breeding. For example, Labradors bred for show and conformation have become commonly known as English Lab.

However, there are still American Labs that enter dog shows, and English labs that compete in field trials and used for hunting. The term is not absolute and strict. It is just a useful guide for the probable type of Labrador.

With the exception of the height difference, these two dogs are essentially the same. Why do people say there are two types? Well, it is all because of the history of the breed.

Labradors were bred for different purposes in different countries. While their appearance is similar, if not the same, their temperament can differ. And that is because of the history and instincts of the breed.

The history of the Labrador Retriever breed dates back to the 1800s, when the Labrador history began in Newfoundland. Back then, the St. John’s dog was the traditional waterdog for retrieving ducks and other birds.

But in the 1800s, English nobles took a liking of the Retriever, and returned to England with the dog. There, they standardized the breed, refined him, and renamed him Labrador.

In the 1890s, because of crossbreeding with other Retriever dogs, the existence of the Labrador was threatened. However, thanks to the Earl of Malmesbury and the Duke of Buccleuch, the breed was saved.

The Kennel Club of England recognized the Labrador in 1903, while the American Kennel Club did the same in 1917. Both clubs do not recognize any difference between English Lab vs American Lab.

As mentioned previously, the purpose was the main difference. American Labs were bred mainly for hunting and field purposes. On the other hand, English nobility bred the Labrador retriever for dog shows.

The breed standard for both dogs is the same. However, when they are put side by side, there are slight differences between the two breeds. And that is all because of their different purpose and history.

Because they were bred for show, English Labs are more close to the typical breed standard. On the other hand, American Labs are slimmer and more athletic looking, as they are breed for hunting, field jobs, and generally more active.

American Labs look taller, and they have longer legs.

With that in mind, here are some differences in appearance.

Because of their origin and history, there are also differences in temperament and activity. Now, there are exceptions, but generally, there is a slight difference.

For starters, because the American Labrador puppy was bred for field trials and work, he has a higher energy level and drive. They are more active, and they are always on the go. With that in mind, the American Lab also requires a lot more exercise, attention, and mental stimulation.

The American Labrador is also considered more head-strong. They have high intelligence and high energy, and require a more experienced and strong-in-character owner that can assume control and ensure proper behavior.

Simply put, the American Labrador is more suited as a working dog, and less as a relaxed family pet.

On the other hand, the English Lab is the calmer and less active cousin. He is described as sweet, extremely relaxed, and quieter in nature.

Labrador dogs are often selected as assistance dogs for the blind, or as search and rescue dogs. When it comes to training, no matter if you choose a British lab or its American counterpart, you have a super intelligent dog.

It is quite easy to train Labrador dogs because they are obedient and intelligent. Of the two, the American Labrador is harder to train. He is more independent and easily distracted. This guy would rather go swim than listen to his dog owner.

Yet, because both are quite intelligent, you can easily train them. We suggest positive reinforcement for obedience training. Also, add some mental stimulation to the training. The best combination would be to play games, and reward your Lab for good behavior.

No matter if you get a British Labrador or American Labrador, you have a healthy dog. They are the same breed sharing the same health issues.

For Labradors, common problems are hip dysplasia and elbow dysplasia. This abnormal formation in the elbow and the hip joints can cause painful arthritis.

Another challenge is exercise induced collapse. That means your canine companion can suffer from a loss of muscular control following a period of intense exercise. What does this mean? Well, it means you should not overexercise your puppy, plain and simple.

As a responsible dog owner, make sure to get your dog from a reputable breeder. Then, provide your puppy with enough exercise, mental stimulation, quality diet, and regular veterinary visits.

Which one to get?

We cannot say which one is the better. Both of these dogs come with their own set of benefits and downsides. Sometimes, people only look at coat color, and they cannot decide between yellow Lab, black Lab, or chocolate Lab.

Generally speaking, you might want to get an American lab if you need a better working dog. The American counterpart is very active, and his energy and stamina can match the adventurous attitude. Think of an Olympic athlete who is physically elite. If you want partner for field trial competitions, or you have active outdoor lifestyle, the American variety is better.

The English, or British Labrador, is the show-type Labrador. He was bred more for looks and temperament. Get one if you want to compete in dog shows or you want to try yourself as a breeder.

In any case, you cannot go wrong with either one. The English Lab vs American Lab debate is mostly about preferences. Both dogs are amazing.