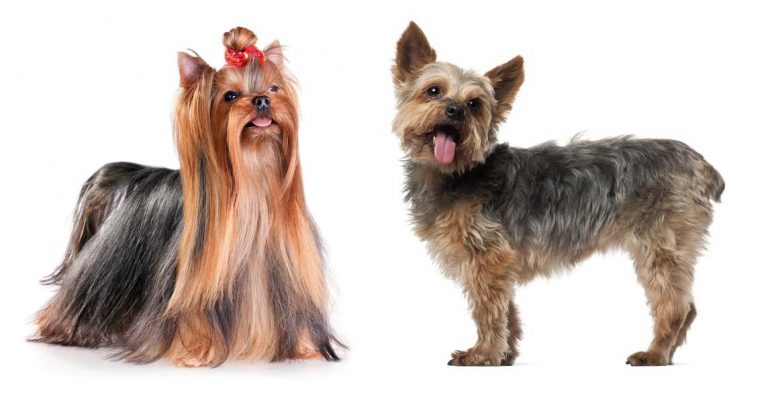 Today we will talk about two popular dogs in the toy group. But do not let their size fool you. Despite being some of the smaller dog breeds in the world, both are true terriers, feisty and brave. What they lack in size they make up in personality. But which one to choose? Well, when it comes to the Silky Terrier versus Yorkie debate, we have to say they are cousins with different histories.

They are both affectionate little dog breeds that have perfectly silky coats. They are similar to the point owners of Australian Silky Terriers are thrilled when someone recognizes their breed. And Yorkshire terrier owners also know there is confusion between the two breeds.

It is difficult even for experts and experienced breeders to tell them apart. We will try to explain their physical differences and similarities, helping you come up with a decision on which one to get.

First, let’s start with the history of these two breeds. Their history will help you understand personality traits better. Fun fact: their history is quite similar but in different parts of the world.

First, the Australian Silky terrier dog, one that was created in Sydney, Australia, in the early 20th century. Its history is not as clear-cut compared to other purebred dogs. Depending on who is telling the story, it might vary. But the most common theory is that the Silky terrier is the offspring of the Yorkshire terrier dog and Australian Terrier.

You have to remember, Yorkies come from Britain. Why people in Australia wanted a Silky terrier? Well, because the original Australian terrier has a rougher coat. Probably people were drawn by the silky coat of the Yorkie and wanted their own version. With that in mind, this puppy is more popular in Australia than in the United States of America.

Yorkshire terrier, on the other hand, originates from 19th century Victorian England. At the time, the Yorkie puppy was a working dog breed. Working-class weavers of Scotland came up with the breed, mixing their feisty Scottish terrier. They were used for the extermination of rats and other vermin. Because they were mostly used in the mines in Yorkshire, hence the name.

But despite their hunting nature and history, Yorkies quickly became lap dogs for the wealthy and upper-class ladies of England. Their popularity as toy breed dogs and lap dogs has increased ever since. In 1870 they came to the US, and it took a while for The American Kennel Club to recognize them as a breed. 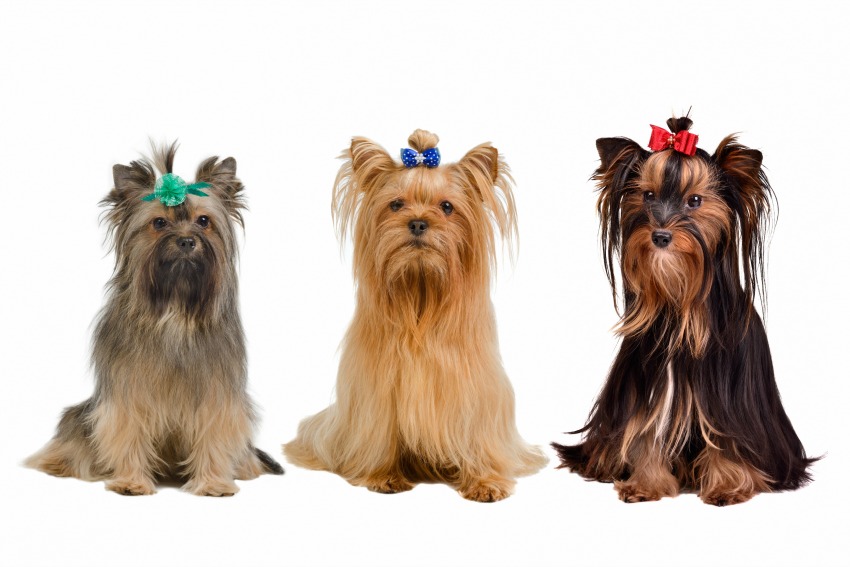 When you look at Silky Terrier and Yorkie side-by-side, you might say they have the same colors. But that is not true. The correct answer is that the Silky Terrier puppy has a wider color range.

According to The American Kennel Club, accepted coat color options include black and gold, black and tan, blue and gold, and blue and tan. That means four color combinations. Puppies are born black and tan, and they can change as they mature.

On the other hand, there are 13 coat color combinations accepted for the Silky puppy. But they are all in the black and blue and cream and tan range. Among them, we have blue and tan, black and tan, black, fawn, cream, gray, gray and tan, platinum, silver and tan, and more.

As for their coat texture, it is nearly identical. This is one of the reasons why people in Australia wanted something different than their Australian Terrier. The Silky one, as you assume, has silky hair, compared to the rough texture of the Australian terrier.

Now, let’s talk about size. Both breeds are part of the toy group. Yorkies are the smaller dogs. This is why often when people talk about Silky terriers, they might say a larger Yorkie. With that in mind, the Yorkshire terrier grows between 8 and 9 inches and weighs between 4 and 7 pounds. The Silky terrier grows up to 10 inches and weighs between 8 and 10 pounds. 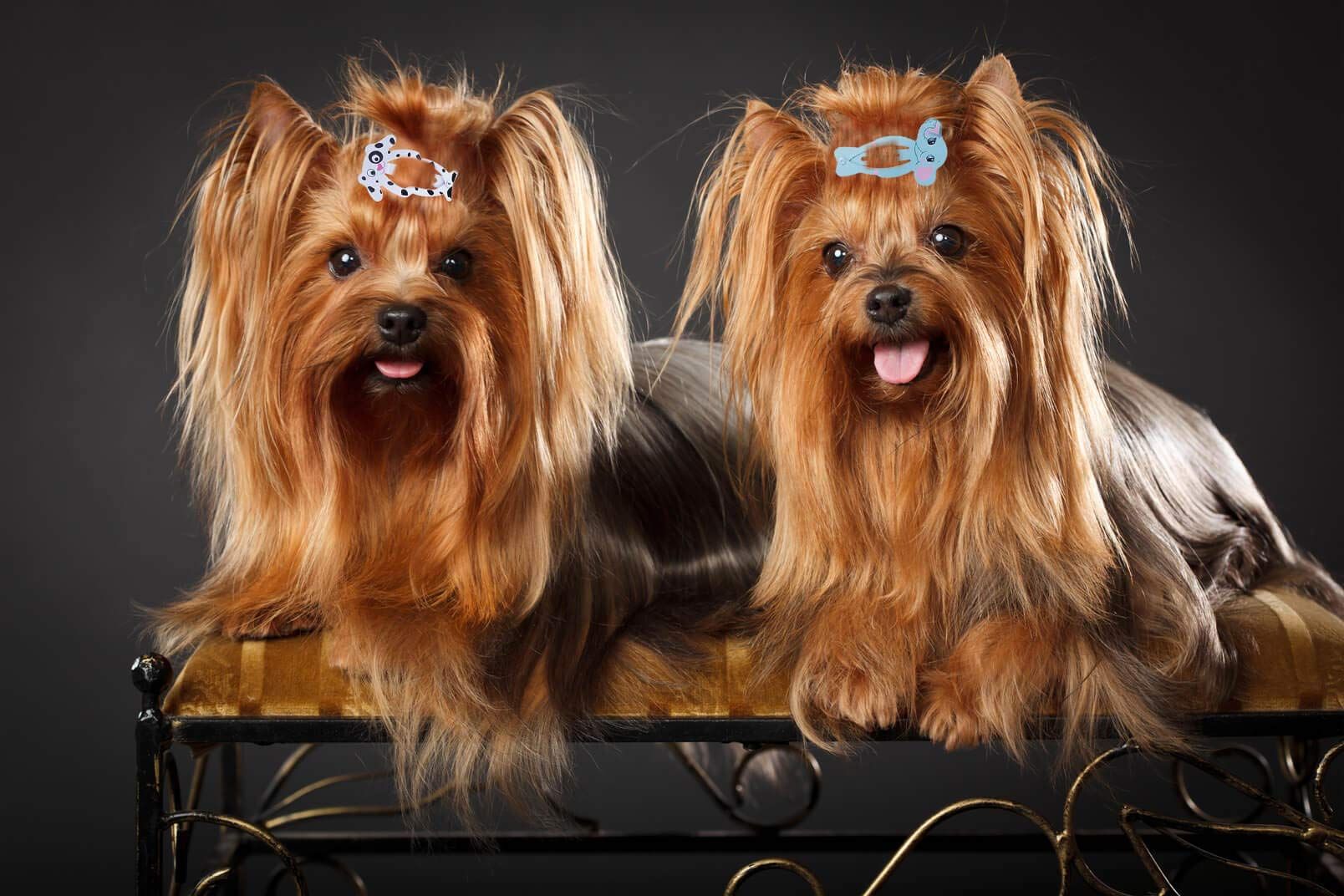 As we said in the beginning, what these two lack in size, they make up in temperament. They are true terriers, feisty, energetic, courageous, and independent. That last one is often classified as stubborn.

Both the Yorkie and the Silky terrier think they are larger and bigger than they actually are. You might be surprised, but they are not afraid to challenge bigger dogs. With their spirited play and enduring energy, Yorkies and Silkies can provide a constant source of entertainment.

Of the two, Yorkies are a bit more protective. That is because they are more anxious puppies. The Silky Terrier puppy is more easy-going and busy chasing squirrels.

With that in mind, we have to say Silkies are curious, intelligent, brave, and affectionate. They are also alert, playful, and have a cheerful temperament. They might be a bit more aggressive and with a higher prey drive than Yorkies, despite the latter being used for chasing and hunting vermin.

Yorkies are extremely playful, but they get tired more easily. They are gentler and make excellent pets for children. This highly energetic and extremely loyal pet is willing to learn and easy to housebreak.

Speaking of training, the Yorkshire terrier is more protective over its master. They are more dependent on their master compared to the Silky terrier. This is why you have to train them to be a bit more independent.

Of the two, the Silky Terrier dog is easier to train. The Silky is more food-driven, meaning rewards like treats will go a long way in training. For the Yorkie, you should add more affection as a reward for his good behavior.

Both breeds will benefit from a crate since they are toy dogs. That means they crave companionship. Add some crate training to your schedule to help your dog stay at home when you are not there. 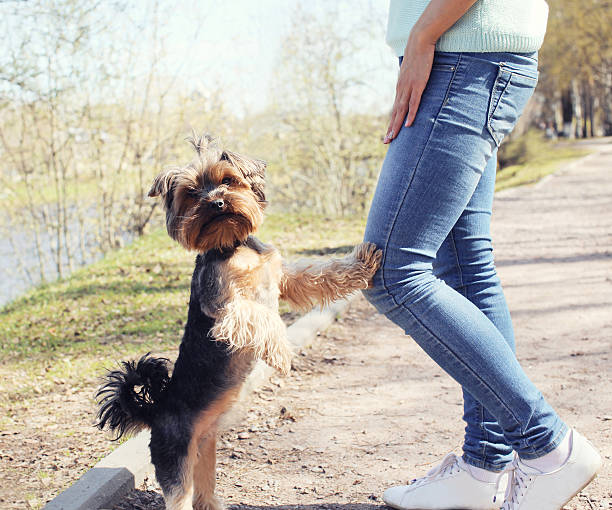 For potential owners, exercise might be a deciding factor. If that is the case, we have to note that the Silky terrier needs slightly more exercise. These curious dogs need between 40 and 50 minutes of exercise per day. They also need more mental stimulation compared to your Yorkie.

Yorkshire terrier dogs need between 20 and 30 minutes of exercise to keep them happy. They tend to tire out quicker, making them better house dogs.

When it comes to exercise, Silky Terrier dogs want variety as well. Your Yorkie will be happy with the same walk around the neighborhood over and over again. Not the Silky terrier. Therefore, if you want a companion dog for hikes and running, go with the Silky terrier.

Their silky hair needs a bit more care, right? Well, if you want a show dog, one that looks amazing, make sure to put in the effort.

Silky terriers have a single coat, but they do need detangling and brushing on a daily basis. Their coat needs to be dried thoroughly after a bath. Yorkshire terriers have a single coat as well, and they need weekly detangling and brushing. They do have a longer coat, but they do not shed. Both these dogs are considered hypoallergenic. 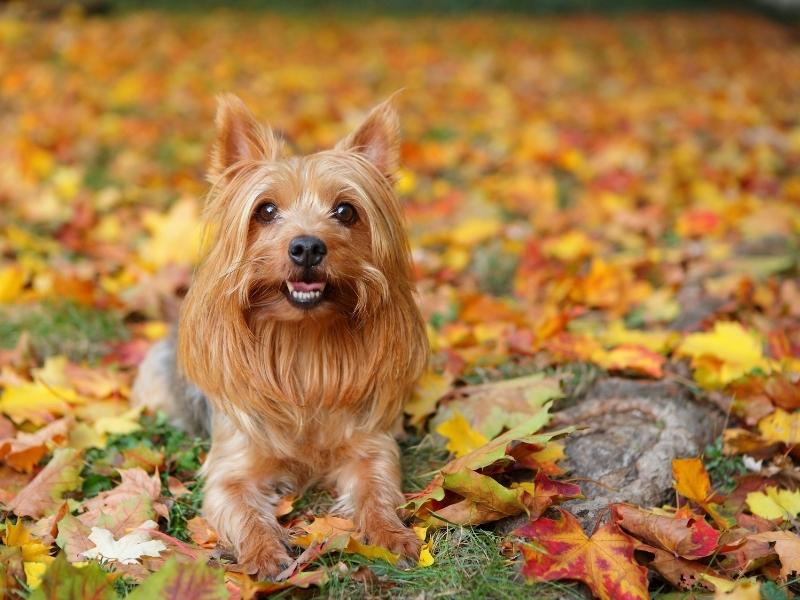 Both these small dog breeds are considered a healthy breed. The major problems with Silky Terrier include tracheal collapse, diabetes, patellar luxation, and epilepsy.

Yorkies are prone to tooth decay, bronchitis, fractures, and eye infection. That means you need to include premium dry food to help with their delicate bone structure.

When comparing Silky Terrier and Yorkie, both of them are relatively healthy. They have a life expectancy of up to 15 years. It is great for a dog to live that long.

Hopefully, when it comes to the Silky Terrier versus Yorkshire Terrier debate, you can make an informed decision now. They are related and quite similar, but different in personality and other needs.

Both these puppies are intelligent, affectionate, and high-energy. You need to make a decision based on your preference. If you want a companion dog for hikes and adventures, the Silky terrier is the better option. If you want a house pet for your family and children, we would suggest the Yorkshire terrier.