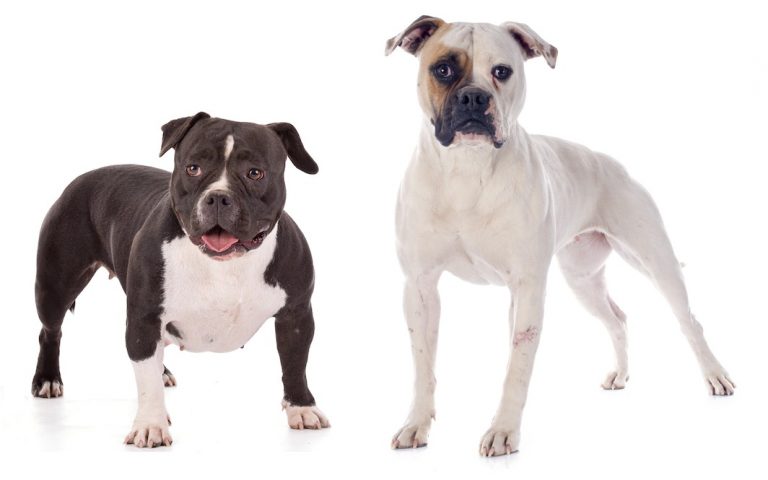 When you want to compare American Bully and American Bulldog, is can often be a challenging task. People are often confused by the name and appearances of these two canines. Yes, they do share some similarities. But the reality is that they are different dogs.

And the breed comparison differences are not limited to looks only. We will take a look at some of their similarities and differences.

The first thing you need to understand when you compare dogs, be it bully breed dogs, or anything else, is history. So, let’s talk about American Bully vs American Bulldog history.

For starters, the American Bulldog puppy is considered the older breed. It descends from the extinct Old English Bulldog. It is also the ancestor of the modern English Bulldog.

According to historians, immigrants from England brought the Old English Bulldog to America in the 17th century. In the beginning, they used the dog breed to protect livestock, guard property, and hunt feral dogs.

For that, they needed large and powerful dogs. And that is how they got the American bulldog, a large dog that can do anything you ask of him.

In a way, you can say that the American Bully puppy is the end result of a rich genetic soup. 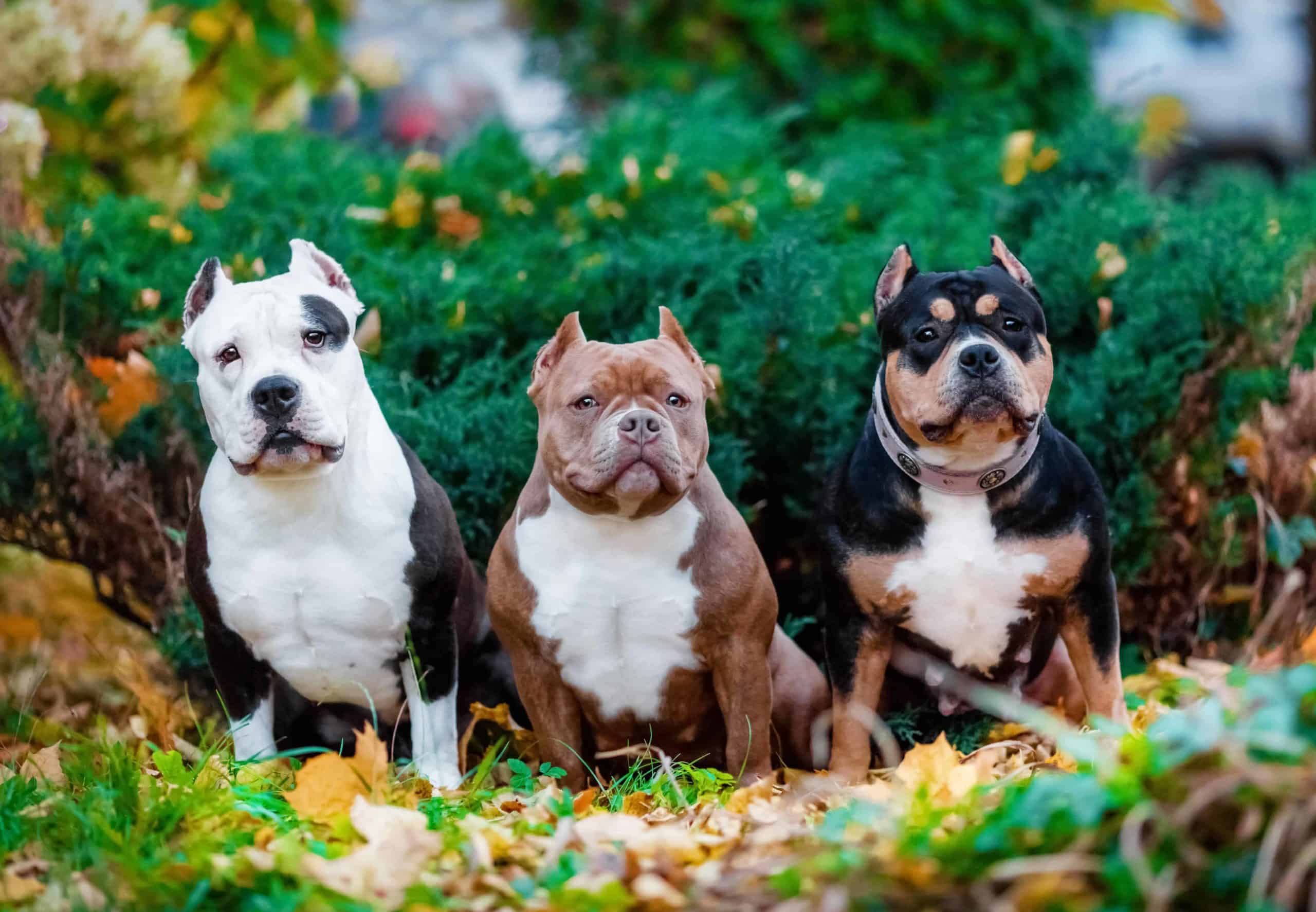 When it comes to comparing American Bully and American Bulldog, a lot of people look at size only. And we have to admit, appearance is the first and obvious difference.

Looking at their height, the standard male American Bully reaches a height of 17 to 20 inches. On the other hand, an American Bulldog adult can reach a height of 20 to 28 inches. Bulldogs are significantly taller than bullies.

Now, that means also a lot more weight. The American Bully is a medium-sized dog, with male puppies reaching up to 110 pounds. The average adult male Bulldog weighs up to 120 pounds.

Now, you have to understand, they can come in different classifications. Some of the different sizes include standard American Bully, classic Bully, pocket Bully, and even XL Bully.

Both of these breeds have an easy-to-care-for coat. Speaking about shedding, the Bully sheds less than the Bulldog. The skin of the American Bully is looser, giving it a different appearance and feel. These dogs have short, close, and glossy coat with more colors and patterns. On the other hand, the American Bulldog has a short coat.

Now, this is an area where most people decide which breed to get. No matter which one of these two dogs you get, you need to socialize them and train them properly. Remember, you are working with strong and powerful animals, and you do not want to lose control. Something bad might happen.

Between the two, the Bulldog is an active and fun-loving breed, but it does have a tough and stubborn side. They are not ideal for first-time owners, or someone who is not consistent during training.

This dog is extremely strong. Without proper training, they might hurt someone accidentally. Both of these breeds need plenty of exercise and perform amazingly in athletic competitions. Both of these breeds need physical activity. They are energetic and do best when you combine training and playing games.

But between the two, the Bully is easier to train. As we said before, the American Bulldog has a stubborn side in him. This adorable dog can be stubborn and inconsistent and need a professional and consistent dog owner or trainer.

The best way to engage this dog is through a reward-based system.

We said before that breeders came up with the American Bully puppy and wanted to get a family pet. That is why this breed is highly intelligent, learns quickly, and is willing to work. Again, positive reinforcement is the key to success.

You can teach the American Bully all of the basic commands, and even some advanced ones. For example, playing dead. It looks amazing when this big and scary-looking puppy just drops down and plays dead.

No matter which of these two you will choose, you need to make sure to provide plenty of exercise. A walk in the neighborhood is not enough. Your dog wants more exercise, even some agility. Combine training, obedience, exercise, and games.

Both of these dogs need between 30 and 60 minutes of exercise per day. And more than just walking. Play some games like tug-of-war and agility games.

With the American Bulldog, physical activities should be varied to provide mental stimulation on top of physical exercise.

The American Bully excels in agility sports, so make sure to add them to your daily walks and training sessions. 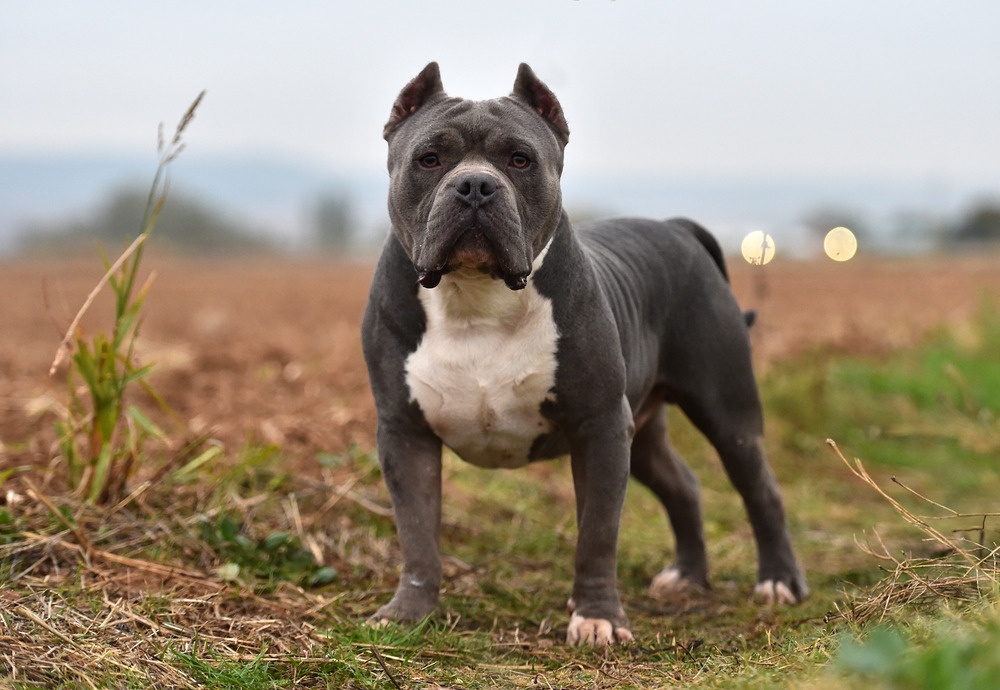 Both of these bulldog breeds suffer from health issues. The four main health issues for the American Bully are hip dysplasia, congenital heart disease, skin conditions, and eye problems. The problem with hip dysplasia is that you have a medium dog that has a lot of weight. And that can put pressure on the joints.

To prevent it, make sure to avoid sports that include jumping until your dog is 18 months of age. This will give your canine companion dog enough time to develop its joints.

The American Bulldog can also suffer from health issues like progressive degenerative diseases of the central nervous system, kidney problems, thyroid problems, cherry eye, and bone cancer. Another challenge is that the American Bulldog puppy is moderately brachycephalic. That means it has trouble breathing, and you should be careful in hot weather conditions.

Of the two, the American Bulldog is the healthier breed. That might come as a surprise, seeing that the Bulldog is a large dog breed. Yet, the bulldog enjoys a longer lifespan of 14 to 16 years.

On the other hand, the American Bully has a life expectancy of 8 to 12 years.

Which Breed Is More Dangerous? 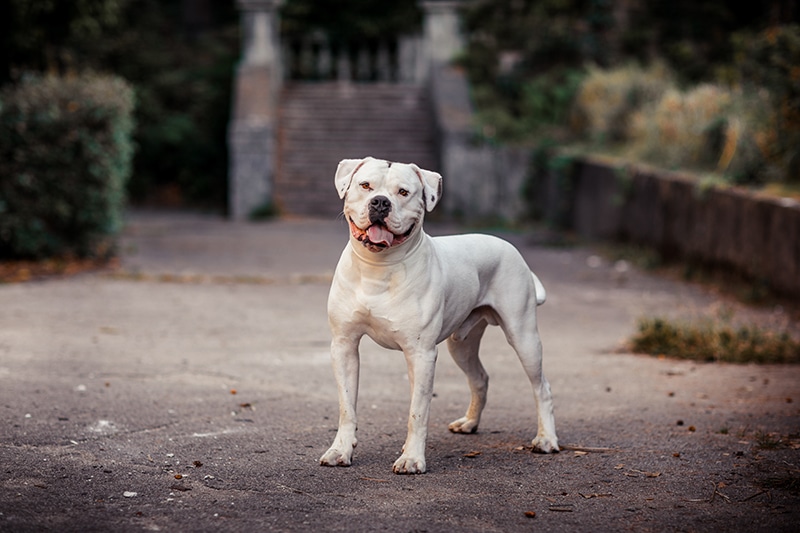 Both of these dogs are strong and muscular. That might make some people think the dog is dangerous and aggressive. Yet, that is not the case.

Yes, you might use the American bulldog as a guard dog. But they are not aggressive or dangerous. Between the two, the Bulldog has a more protective nature and might strike if his family and home are under threat.

Which Is The Stronger Dog?

These two are extremely strong dogs. Now, if you are talking about bite force, that would be the American Bulldog. This dog has a bite force of 305 PSI, which is slightly more than the American Pit Bull terrier.

Now let’s finish off our American Bully vs American Bulldog debate. Are they the same bulldog dogs? No, they are not.

Both of them have strong, toned, and muscular bodies. But the Bully is the smaller dog. While they instill fear because of their appearance, these dogs are not naturally aggressive.

They are loyal to their owners. Now, the Bully might be a better family pet because of all the crosses to get the designer breed. But on the flip side, this canine has a shorter life expectancy.

Do not worry, both of them make great family dogs. It is just a matter of preference. They are amazing and energetic, so make sure you can dedicate enough time and effort to provide exercise and stimulation.