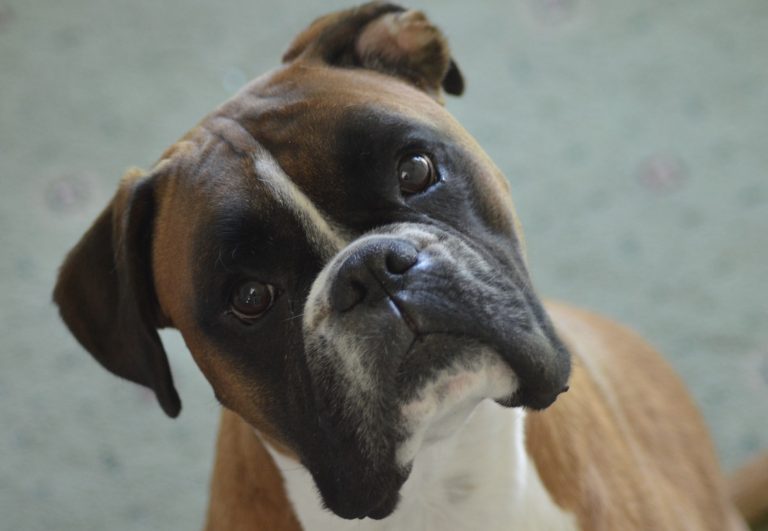 Famous for their unusual head shape, boxers are a popular dog breed. They are among the top 20 most popular dog breeds by the American Kennel Club. Some of their notable features include strong teeth and an undershot jaw. This helps boxers clutch animals in the mouth until owners arrive. They were bred to hold on to prey. All while their short nose allows them to breathe.

So, what are some boxer facts? How much do you know about this popular puppy? We have compiled a list of things you probably didn’t know about Boxer. Read on.

They arrived late in America

The boxer dog breed you know today arrived in the US after World War I. But they didn’t reach any popularity until the 1930s.

Four dogs, considered the foundation of the American Boxer have contributed to the popularity of the dog breed. Called the Four Horsemen of Boxerdom, they are Sigurd, Lustig, Utz, and Dorian. Sigurd was born in Germany in 1929 and tens of his puppies were imported to America and became champions.

Lustig and Utz also bred dozens of champions. Lustig alone sired 41 American champions and Utz 35. The last one, Dorain, won the Working Group at Westminster in 1937.

The Boxer was originally bred as a working dog breed. But he was utilized during World War I as a messenger, pack carrier, attack dog, and guard dog. His popularity began to rise following World War II when soldiers brought the dogs back home with them. There, they integrated the puppy with their family. They went from messenger dogs to family pets.

You might not think of a boxer puppy when you think of a running dog and a fast dog. But the modern day boxer is still an athletic dog and can run up to 38 to 45 miles per hour.

The boxer breed race traces its roots to the Bullenbeisser, a dog of mastiff descent. This dog, also known as Boxl, was trained to hunt large game such as wild boar and deer. They were fast, making them great hunting companions.

This extinct breed was originally from Brabant, Belgium. And then the Bullenbeisser became a favorite breed of German nobleman who used it for hunting. This breed and the English bulldog created the modern Boxer.

Boxer pup might not have been popular until the 1930s. But this dog served as artistic inspiration in the 1700s and 1800s. The American Kennel Club official Boxer page shows the Boxer hunting dog on Flemish tapestries.

The AKC recognized only two boxer breed colors. They are brindle and fawn. Black is not a breed color. What people think of black is actually a dark brindle. White is not considered a standard. White boxer is not an albino. And not all white boxer dogs are born deaf. Yes, the percentage is higher than with fawn or brindle Boxer.

White is not a color considered a breed standard. 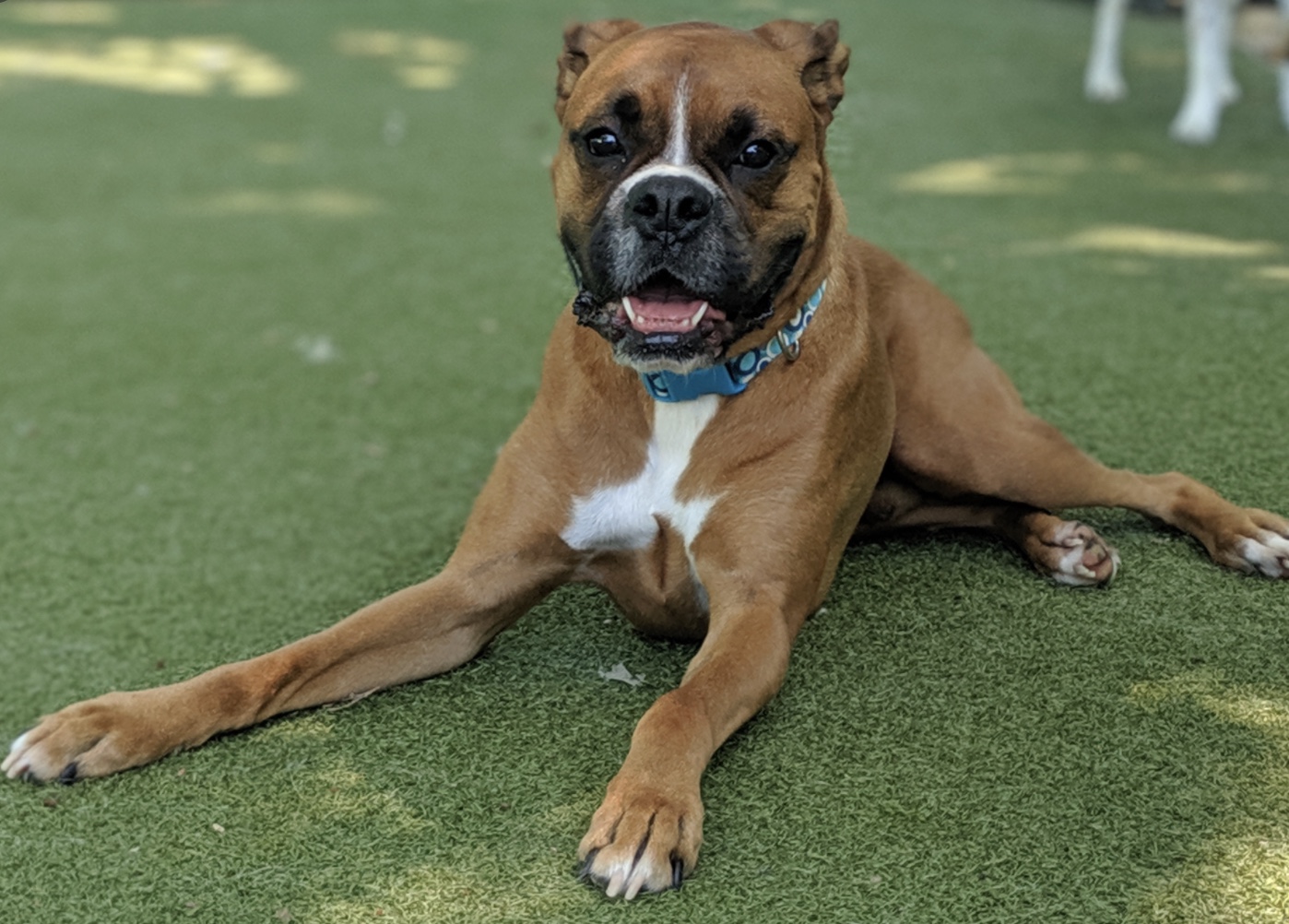 A boxer puppy holds a Guinness World Record for the longest dog tongue in the world. This happened in January 2002. At the time, a 7-year old boxer by the name of Brandy achieved the feet with his tongue measured at 17 inches.

Just for comparison, the same record for a living dog is 4.5 inches, a Pekingese in Texas.

In 1951, Bang Away won Best in Show at Westminster. He stole the show and became one of the most famous boxers. He was the most published dog of his era, appearing in magazines.

Speaking about celebrities and their dogs, Humphrey Bogart and Lauren Bacall had their first boxer Harvey as a wedding gift. He appeared in many of their publicity photos.

They later acquired two more puppies of this popular breed, Baby and George.

We talked that boxers can have different roles. They are a great family dog, hunting dog, guard dog, but also an excellent service dog.

Yes, they are not the first breed you assume as a service dog. But he has joined the group of Golden Retriever, Labrador Retriever, Border Collie, and shepherd different breeds as a good choice.

This puppy can be trained and employed as a guide dog for the blind, as an autistic support animal, and other services.

Let’s finish off our list of boxer facts with questions about his health.

Boxer is one of those dogs that are high maintenance because of his vet bills. The puppy is known for a number of health concerns. Some of them include ear infection, allergy, skin infection, benign skin tumor, hip dysplasia, degenerative myelopathy, mast cell tumor, corneal ulcer, cardiomyopathy, cystitis, urinary tract infection, and more.

For this reason, you should always look to get your family pet from a reputable breeder.