When it comes to a waggy tail, we often see it as a sign of a happy dog. Yet, there is research that dog tail wagging doesn’t always convey happiness. You have to remember that a dog’s tail is a communicative tool that our canine friends use to express emotions.

Dogs express these emotions to their dog owner, but also to other animals. Yes, in most cases, a wagging tail means happiness.

Yet, we have to talk about all the features of dog tail language. It might surprise you. Let’s take a look.

Why Do Dogs Wag Their Tails?

Usually, when a dog is relaxed, its tail will sit in a resting position. It might depend on the breed of your dog. Remember, some dogs have curly tails, and stiff tails, and others have long tails.

Studies have shown that the pace and position of the wag often convey emotion. Those can be either positive emotions or negative feelings.

So, when a dog is frightened or submissive, it will hold its tail down and possibly wag it a little between its legs. This is a familiar image of a dog that has been told NO or OFF by its dog owner. This puppy is looking apologetic and guilty.

Dogs that are alert or excited hold their tail higher than their natural position. The high tail wag is a past paced wag which means you have a happy dog.

A curious dog holds its tail straight out.

What Messages Do Dogs Communicate? 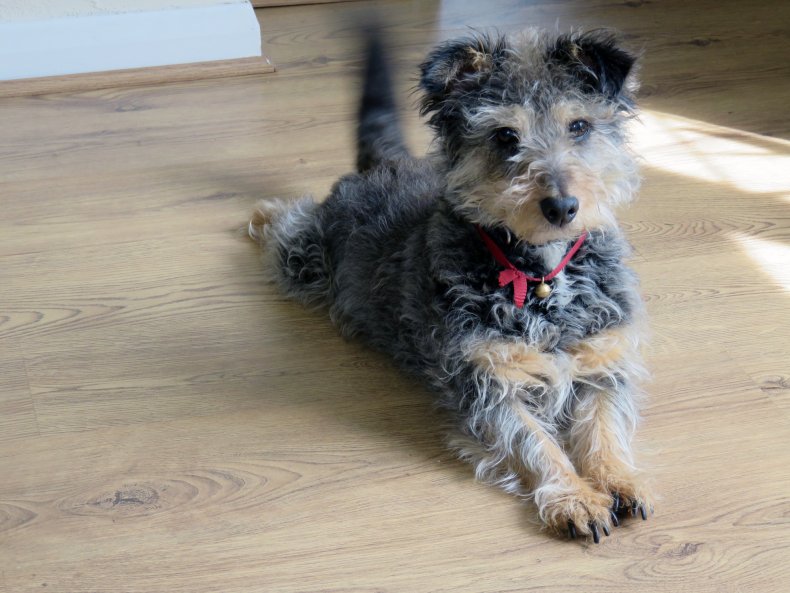 If you want to understand dog communication, you need to look at dog body language. Dogs cannot talk like we do, so they communicate using their body language, tail, and barks. What message does dog tail wagging send?

Before you understand “tail language” you have to recognize the neutral and natural position of your dog’s tail. Not all breeds have a similar tail. Most dogs have tails that hang down near their heels when they are relaxed. But some dogs, say, Beagle, hold their tail vertically. Greyhounds and Whippets curl their tail under their bellies.

Here are some messages depending on the tail position.

Now, besides the tail position, you also have to look at wagging speed. I bet you didn’t know this. But your dog can wag its tail slower or faster. And depending on the speed, your canine friend sends a different message. As a pet owner, you have to know it.

There is so much study and research done into dog tail wagging. Even the direction of the wag is significant. Dogs often wag their tail to the right when they are happy and confident. And they wag it to the left when they are afraid.

Can Dogs Without Tails Communicate? Yes, a dog without a tail can communicate as well. There are limitations. Remember, tails are not the only way of communication. You also have to look at the dog’s body language.

This includes ear position, facial expression, and stance. Dogs will even bark or growl to communicate their intention. Barking is another way dogs use to communicate. Not all barks are aggressive ones.

Here are some examples of tail movement and what it means. You must look at all aspects of your dog and its wagging tail to understand your dog’s intention.

Does The Breed Matter? Yes, tail positions and motions can differ between different breeds. Not all breeds have the same tail. Some dogs naturally carry their tails low. For example, greyhounds carry their long tail low. Pugs, on the other hand, have tiny curly tail that is always pointing upward.

Remember, most dogs hang their tails down near their hocks or heels. Observe the position and movement to understand what dog tail wagging really means.

Tails Are Not Just For Communication

Final words here. Dog tails are not just for communication. They also serve a purpose. For example, dogs use their tails to aid in balance and stability.

Just watch a dog turn at high speed in slow motion. Play a YouTube video of it if you like, and you will see how your dog uses its tail for stability.

Dogs also use their tail as a rudder when they are swimming. 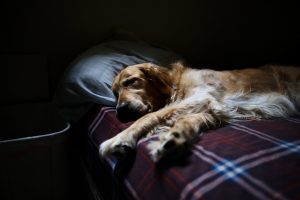 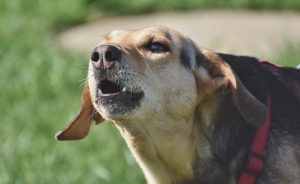 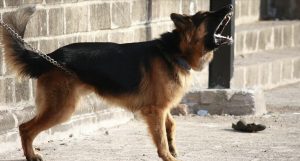 Do Dogs Get Tired Of Barking? What Should You Do?