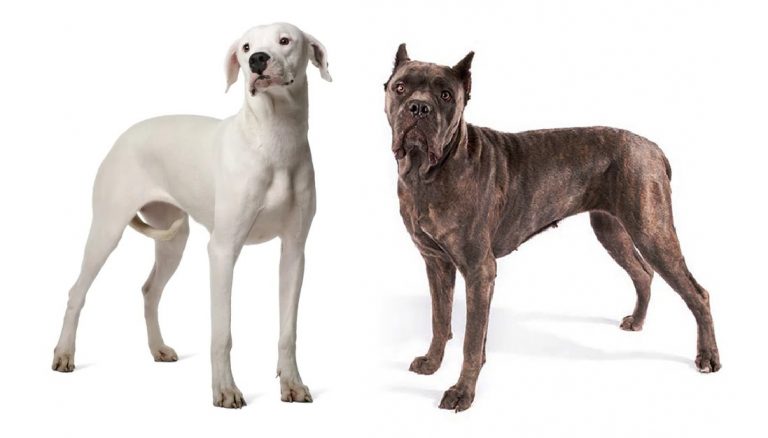 Are you trying to find your next guard dog? Well, if that is the case, the Dogo Argentino versus Cane Corso dog breed comparison is a good first step. These are among the best guard dogs in the world, along with the Presa Canario.

People often confuse Argentino Dogo and Cane Corso. They might have different colors but share the same muscular frame.

There are a few similarities between the two, but also a lot of differences in appearance, coat color, temperament, trainability, exercise needs, health issues, and more.

Let’s take a look at how they compare to each other.

If you want to decide between Dogo Argentino and Cane Corso, you need to start with breed history. As you can assume, Dogo Argentino origins from Argentina. It is a descendant of the extinct Cordoba fighting dog. Bred by Antonio Martinez in the 1920s, he was trying to suppress the aggressive instincts of the Cordoba fighting dog and create a breed that could be trained to follow a human leader.

Martinez was a medical doctor, professor, and surgeon. He wanted a big game-hunting dog that can be a loyal pet and guard dog. The Fighting dog of Cordoba was the perfect ancestor, a large and ferocious dog, and a great hunter. So, Martinez crossed it with Boxer, Spanish Mastiff, Bull Terrier, Irish Wolfhound, English Pointer, and more, to develop the breed.

With selective breeding, he introduced the Dogo Argentino, a dog that had all the desired traits. In 1970, Dr. Raul Zeballos brought the first six specimens of the puppy to the United States and The American Kennel Club recognized the dog breed.

At one point, the dog was all over the Italian peninsula as a hunting dog and guard dog. During the 1960s, these dogs became rare. The modern Cane Corso dog breed was developed through selective breeding from some surviving animals.

The American Kennel Club recognized the dog in 2010. 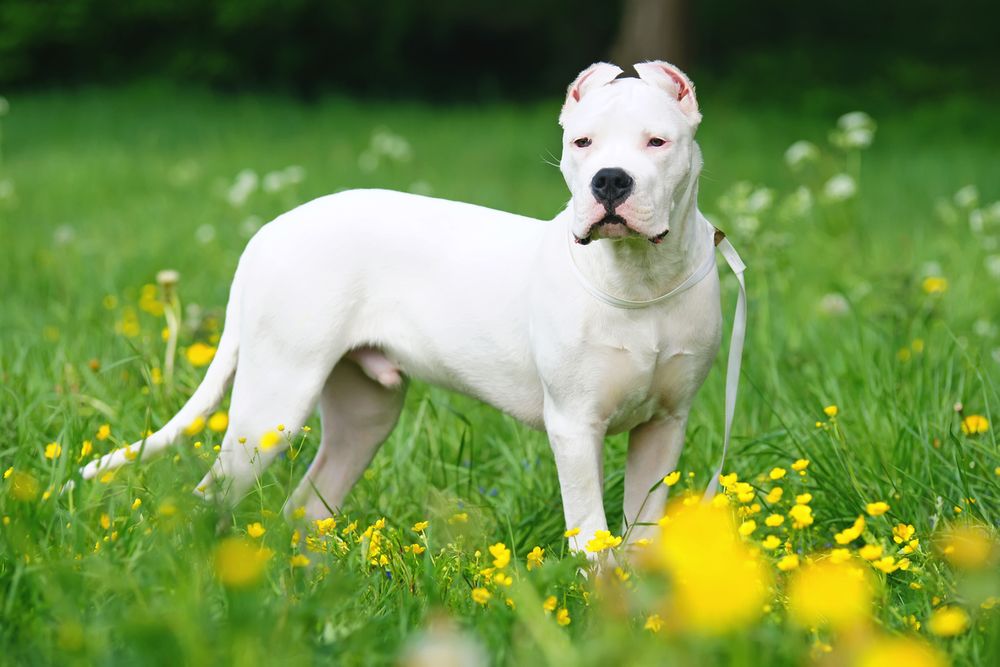 These two have a similar build, but different coloring. Yet, coat color is not the only difference. Classified as large dog breeds, they have lean and muscular frames. They were bred for challenging work.

First let’s take a look at the Cane Corso, a muscular large breed. This dog can stand between 25 and 28 inches at the shoulders and weigh up to 110 pounds. It is a bit bulkier compared to Argentino Dogo.

These dogs have large mastiff-like heads with pronounced lower jowls. Their long ears and tails are traditionally locked, but in recent years, people have stayed away from that practice. Breed standard accepts black, black brindle, brindle, fawn, grey, and grey brindle as coat colors. This dog can also have a white marking in the center of the chest.

If you look at the Dogo Argentino, you will notice the puppy is built like a tank. They come in a standard pure white coat, but black spotting is accepted. To be eligible for a dog show, the dog can have only 10% of its head or less covered in black spotting.

They have a muscular form and sturdy, high legs. If you look at them closely, they resemble the Great Dane a lot but have a more muscular body.

Their measurements are between 24 and 26 inches in height, and between 90 and 100 pounds in weight. Historically, they hunted big game animals, meaning they are agile and tireless dogs.

A good statement is that the Cane Corso looks like a Mastiff, while the Dogo Argentino like a Pit Bull. 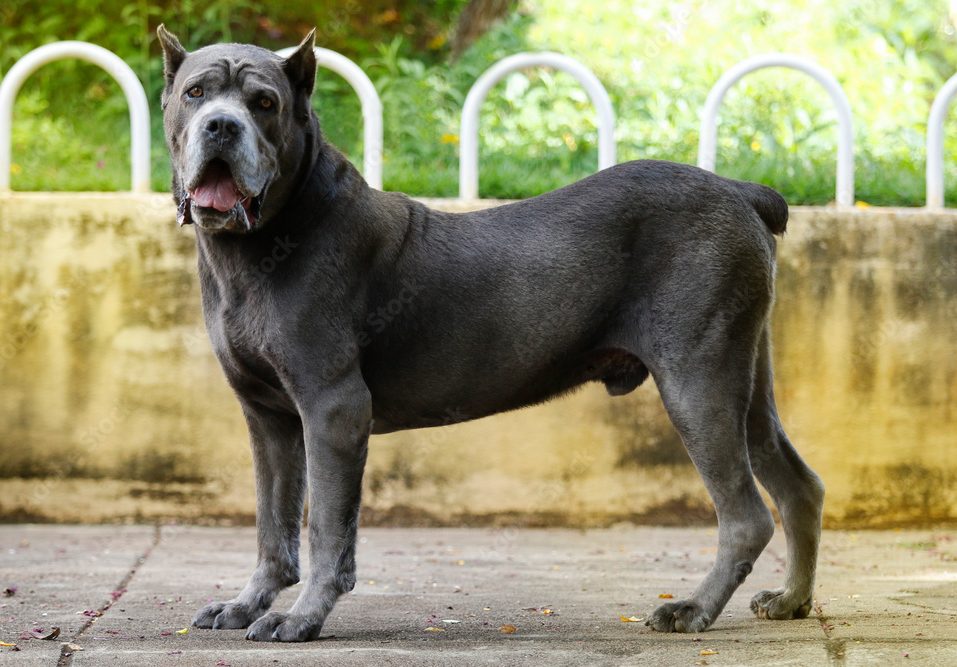 We mentioned these two large dog breeds were bred for hunting and guarding. Those instincts play a role in their temperament to this day.

If you opt for a Dogo Argentino, you will have a loyal watchdog that can become very territorial. These dogs defend their family with everything they have, even when they feel threatened. They also have a strong prey drive, making it hard to keep them away from smaller pets.

Cane Corso is also always ready to face a challenge. Their vigorous temperament makes them a perfect guard dog, but only for an owner with experience.

Cane Corso can be quite intelligent, bossy, and stubborn. These dogs can try to dominate the household when there is a lack of boundaries.

Do not think the Dogo Argentino is any different. This independent breed needs regular training and socialization.

Training is quite important. Because of their intimidating appearance, these puppies can be too much for some people on the street to handle. Strangers might panic, and you need a calm dog that will not react to panicking strangers.

Now let’s get to the training aspect of the Dogo Argentino versus Cane Corso debate. Both of these puppies are highly intelligent and respond to confident and consistent owners. You cannot be a novice owner if you want to get this puppy. Both breeds tend to overstep their boundaries and try to dominate the household.

Of the two, Cane Corso is a bit more submissive. Both are fast learners, yet, have a strong-willed nature. That can make them resistant to implementing what they have learned.

A calm approach and lots of positive reinforcement is the key here. Early socialization is also a must because they have a natural distrust of strangers. 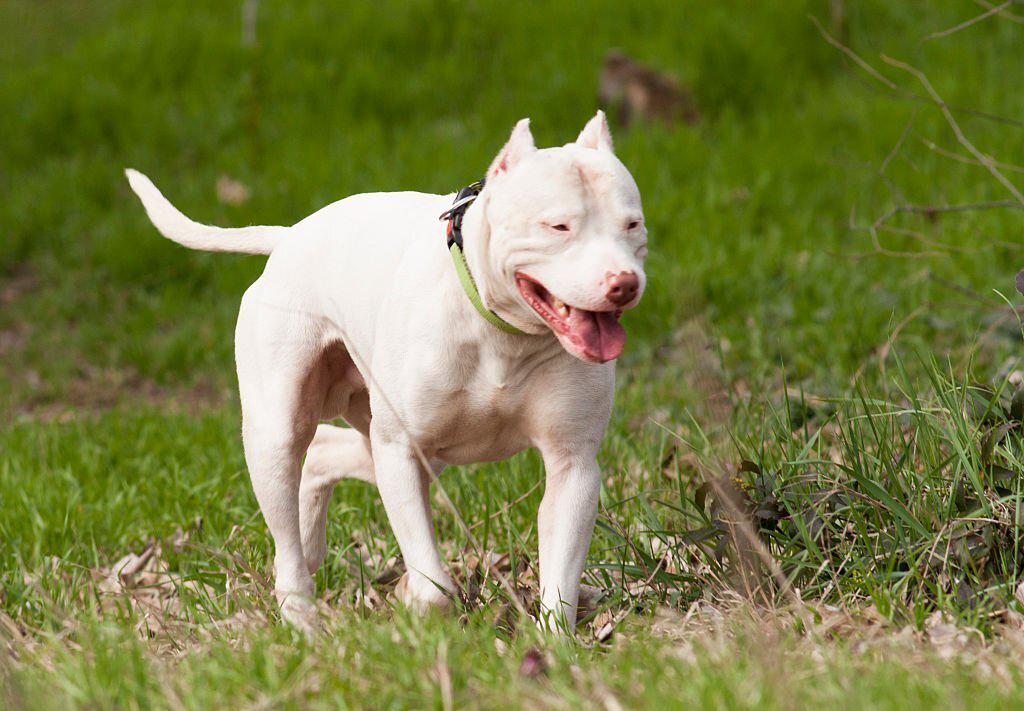 These dogs are large, and as such, they need a medium amount of exercise. Because of their big body, they get tired more quickly than other dogs. Of the two, the Dogo Argentino is the more agile and athletic breed.

They need between 30 and 60 minutes of exercise. You can divide it into two sessions of 30 minutes with some mental stimulation in between.

Do not underestimate mental stimulation. You are working with intelligent dogs here, and they need something to keep their mind occupied. If not, they can resort to destructive behavior. And you do not want that.

Speaking of exercise, they are not dogs that can jog or hike. That can be too much. Conditioning walks are more than enough. With the more athletic Dogo Argentino dogs, you can play occasional games and go for a short hike.

Who Has The Stronger Jaw?

These two dogs are among the strongest in the world. Remember, they were bred to be hunting dogs. As such, the Dogo Argentino has a bite force of 500 PSI.

On the other hand, Cane Corso has a massive 700 PSI bite force. That surpasses a lion (691PSI). It is insane to think about it.

When you buy a large dog, you can expect some health issues. The Dogo Argentino can be prone to hip dysplasia, autoimmune thyroiditis, and deafness. It is worth noting that one-fourth of the Dogo Argentino dogs are deaf in one or both ears. Dogs with a patch have a lower prevalence, and dogs with blue eyes are more like to be deaf. 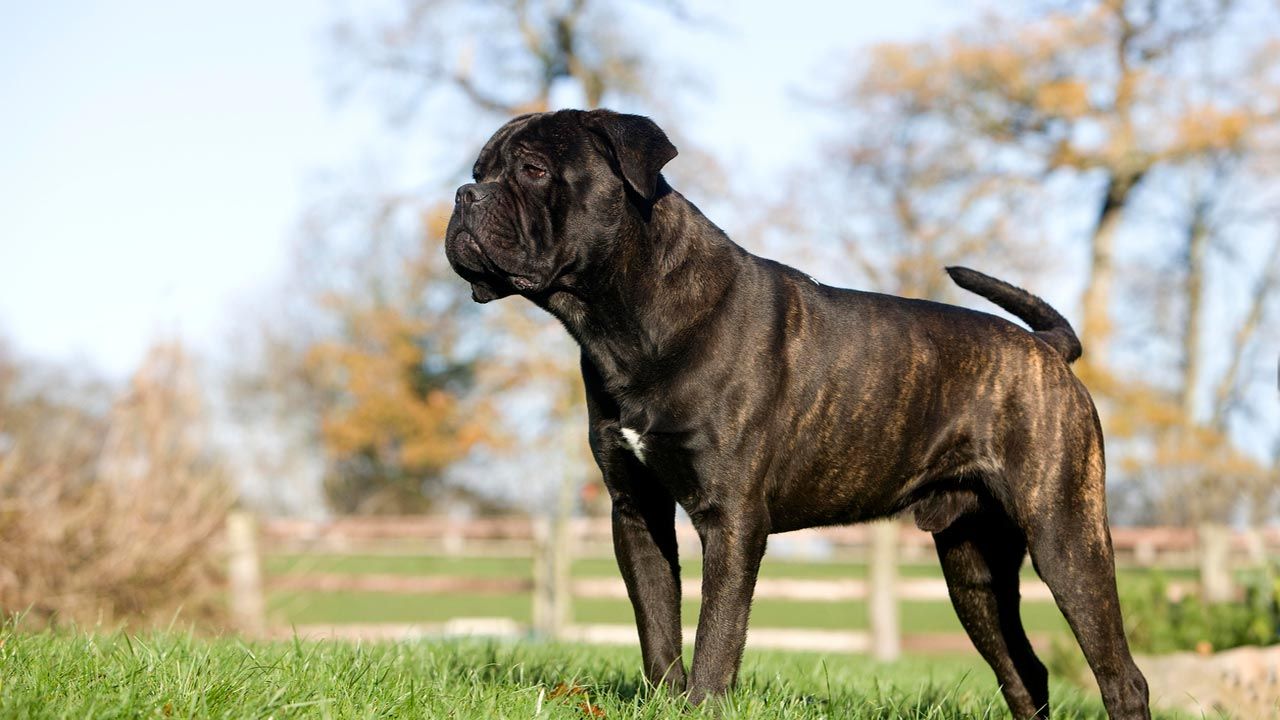 Now let’s talk about the average lifespan. If you get a Dogo Argentino, you can expect your dog to be around for 10 to 12 years. It is generally a healthy breed, despite its massive size.

Cane Corso is also a healthy breed, but they have an average lifespan of 9 to 10 years.

With proper socialization, both these guarding dogs can be trained to be family pets and companions. Yet, neither is good for novice owners. These dogs demand an experienced owner who will commit to training and exercise.

They do not do well in a household with small pets. Despite their hunting instincts, Dogo Argentino dogs are affectionate and cheerful family companions. They are generally healthier compared to Cane Corso.

You also have to take into account their popularity. Cane Corso is among the top 25 most popular dog breeds, meaning a higher price. Dogo Argentino is between 80 and 90 in terms of popularity.