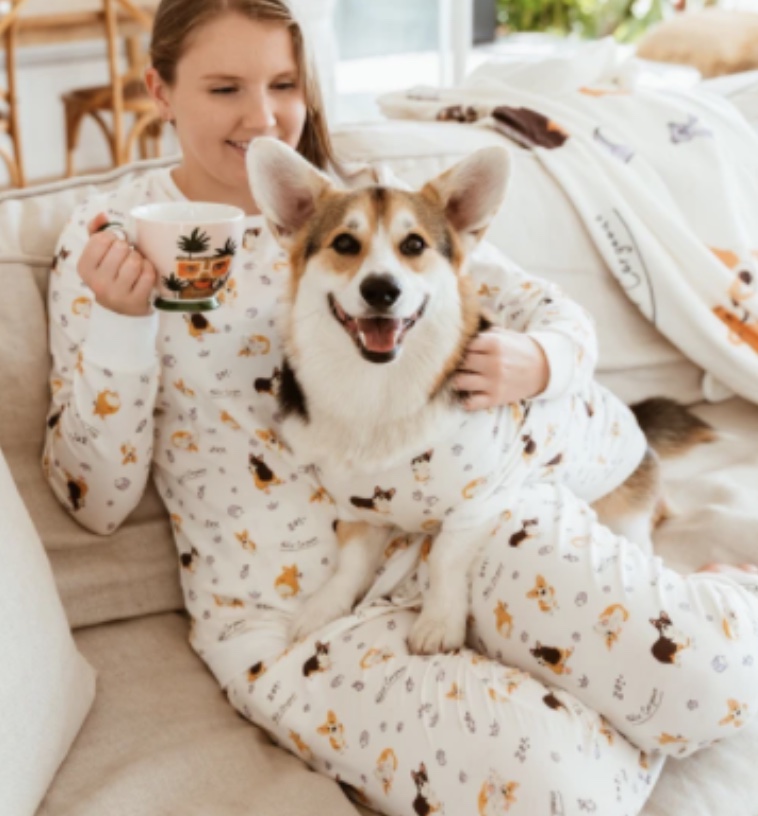 Doggos may be our furry companions, but sometimes not even a layer of scruff or fluff is enough to keep them cozy at night. Or sometimes you might just want to dress your dog top-to-tail in clothing fit for a catwalk. What if we told you there exist some designer doggy pyjamas fit for the above paw-poses? You can even select a design to reflect your dog’s breed. Whatever it is you’re grappling with, we’ve got you—and your dog—covered. Read on to discover our top-eight pairs of doggy PJs so comfy and adorable that you’ll want to join them in a matching pair.

Corgi PJs fit for the Queen

Everyone knows that corgis are the Queen’s breed of choice. Treat your dog like royalty with an adorable Dog PJ T-Shirt: corgi edition. This sleep tee features a pattern consisting of corgis and all of their favourite things—including a crown, of course! Match your best pal with either a Corgi Humum Summer PJ Set, a Corgi Humum Winter PJ Set, or the season-neutral Corgi Mens PJ Set.

If you have a beagle, we have you set. Wear it like Snoopy with this gorgeous Dog PJ T-Shirt featuring beagle patterns. This sleep tee features big-eyed beagles making eyes at the moon and dreaming of cake. Join your doggo in a matching pair—whether you choose the Beagle Humum Summer PJ Set, Beagle Humum Winter PJ Set, or the Beagle Mens PJ Set. 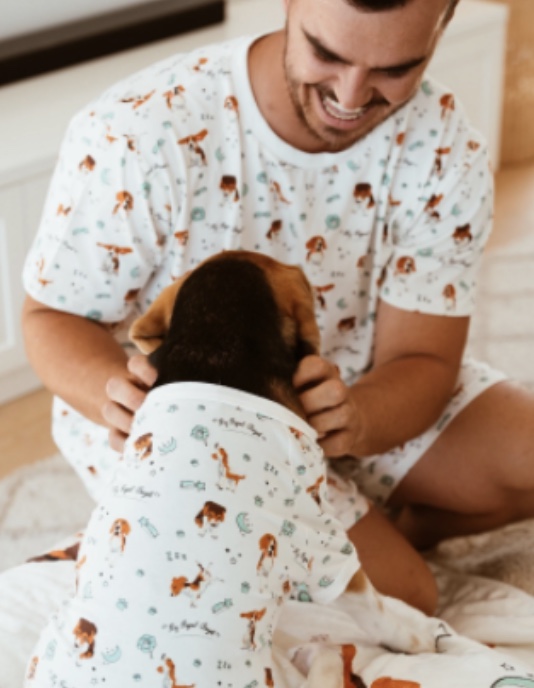 No, this isn’t a nod to Wear it Purple Day—although that is a very good cause. Sometimes it’s good to keep it plain with block colours, and purple is the colour of the night and mysticism. Whatever your dog’s size or breed, go totally #twinning in a matching pair of purple PJs. This fine design doesn’t need to be elaborate to be super stylish.

…or go for the red velvet look

This matching ensemble is so sweet, you’ll want to eat it up. Ideal for the summer months, this silky set is a deep yet eye-catching crimson. Slip into a matching set to best your best friend’s velvety vibe. This pet shirt has full arm coverage, a collar, and a column of black buttons. Make your feline or canine companion look like Santa’s little helper (not to be confused with the Simpsons character, though he is a dog too). 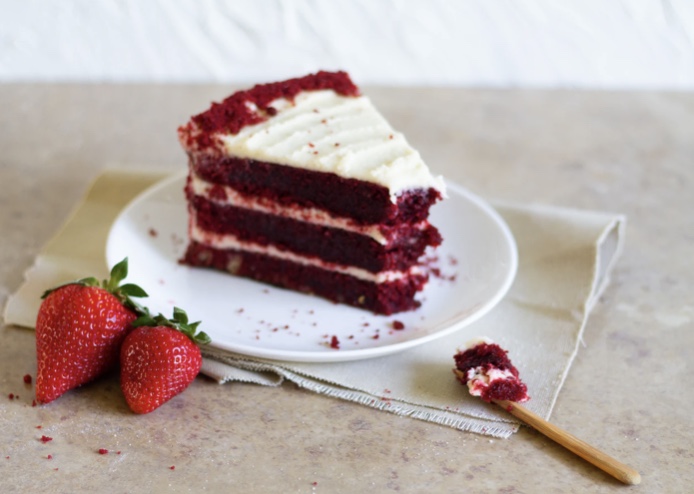 The red velvet look is a feast for the eyes.

Scottish tartan for a Scottish terrier (or any other breed)

Tartan or chequered designs make for popular pyjama patterns. Why not extend the look to your Scottish terrier (or any other breed of dog, really)? These green-plaid pyjamas provide full-body coverage from top to tail. Even your doggy’s legs will be covered! If you’re swayed by the green-plaid look, then join your pooch in a pair of matching tartans. 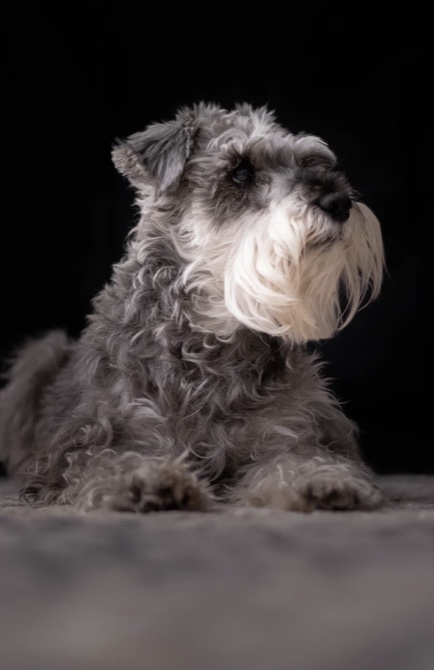 Scottish terriers aren’t the only breed that would look amazing in tartan, but you’ve gotta admit it would be right up their alley.

Check out this buffalo design

Yet another chequered design, these doggy pyjamas are also available in a buffalo pattern. Your pooch has got it made in this red-black plaid, which features top-to-tail coverage including all four legs. If you think you could rock this style, then grab a pair of human buffalos for yourself. 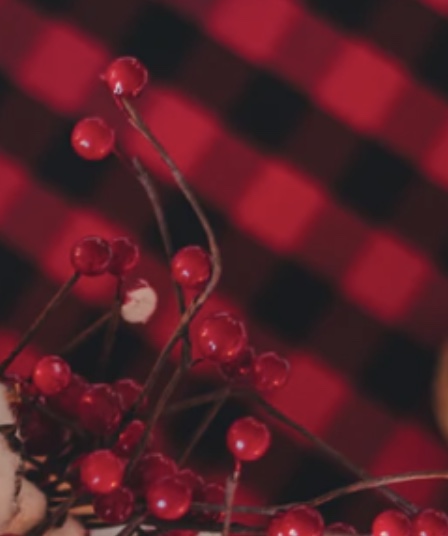 Are you the proud paw-rent of a golden? If so, you’ll want to retrieve this golden retriever-themed Dog PJ T-Shirt. Adorned with these gentle giants, this sleep tee features a night-themed pattern, as well as a true-to-life statement reading “Life is Golden”. Glow with golden pride in a matching set—available as a Golden Humum Summer PJ Set, a Golden Humum Winter PJ Set, and a Golden Mens PJ Set. 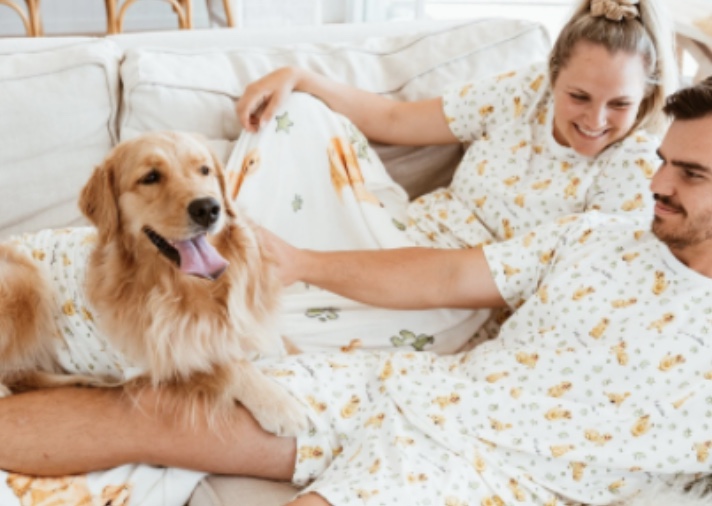 Spruce it up with spaniel PJs

Spaniels can sport a super special sleep tee too! Spruce it up with the spaniel-patterned Dog PJ T-Shirt. The pattern features your doggy’s favourite things—including a crown fit for a King Charles spaniel. Match your mate in either a Spaniel Humum Summer PJ Set, Spaniel Humum Winter PJ Set, or a Spaniel Mens PJ Set. 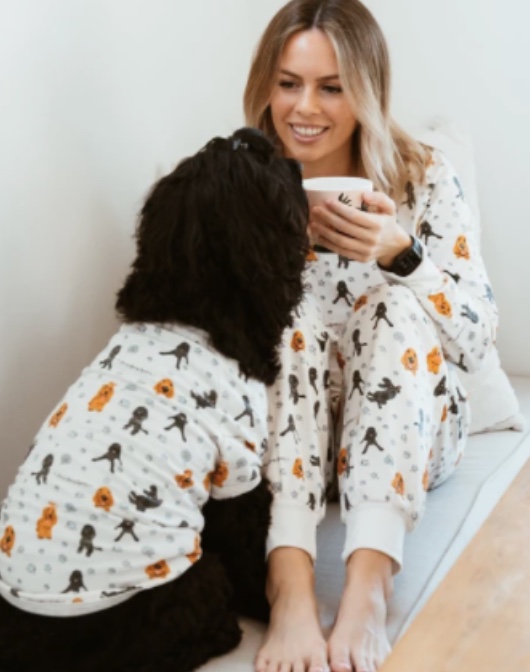 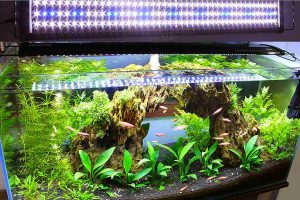 Are LED Lights Good for Fish? 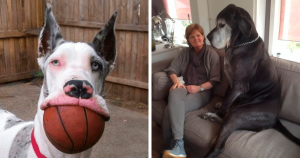 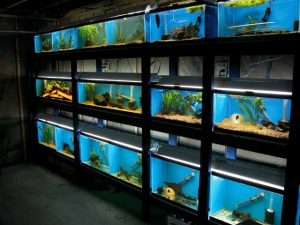 Tips to choose your very first fish for your new aquarium 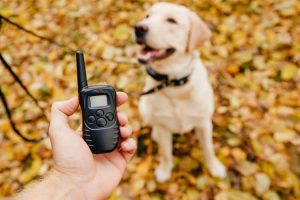 How to Choose the Best Dog Shock Collar 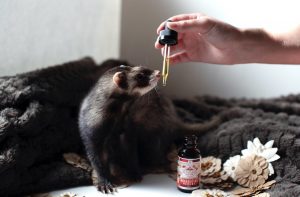 CBD Oil for Pets: Everything You Need to Know