Apple Head vs Deer Head Chihuahua – Does A Head Shape Make A Difference? 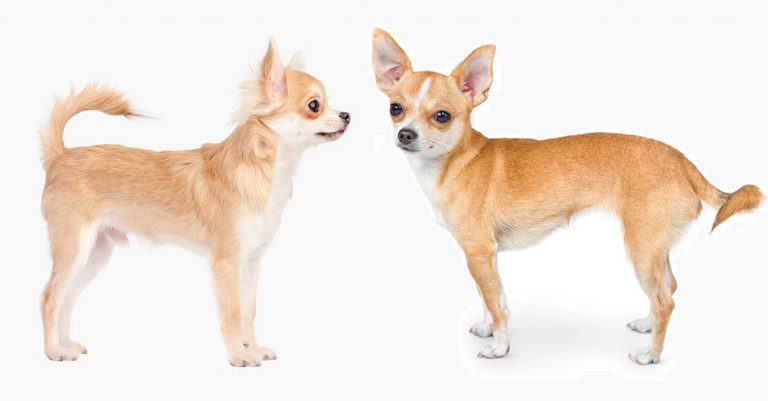 Chihuahuas are great pets. They are among the most popular small dog breeds. They come in different colors, different patterns, and in long-hair and short-hair varieties. To top it all, they come in different shapes of their head. Today, we will talk about Apple Head versus Deer Head Chihuahua.

What is the difference? Well, their heads are different. But is there anything else different? Read on to find out.

We have to mention, The American Kennel Club recognizes only the Apple Headed Chihuahua. Yet, the Deer Head Chihuahua is fairly popular as well.

If you look at the breed history of the Chihuahua, the dog dates back to the 9th century. It originates in the area that is now known as Mexico. According to experts, the ancestor of the Chihuahua dog was Techichi, a dog looking similar but much larger.

We do not know much about the history of the early Toltec society, but when the Aztecs conquered them, the popularity of the Chihuahua rose. Aztecs believed that these dogs can heal the sick, predict the future, and were sacrificed and cremated alongside their dog owner. The legend says the dog would guide its owner’s spirit in the afterlife.

When the Spanish conquered the Aztecs, the Chihuahua became less popular, and their number diminished.

Things changed when Americans took interest in the dog breed, with the majority of them coming from the Mexican State of Chihuahua. This is how the dog got its name.

Travelers took them to the United States of America and refined the dog breed. The first official Chihuahua puppy was Midget, and he was registered with The American Kennel Club in 1904.

Since then, they have become a popular family pet, ranking between Number 30 and Number 40 in the AKC list.

But their popularity rose dramatically when Paris Hilton showed her dogs. You can say she started the Chihuahua club in the US. The movie Legally Blonde also featured a Deer Head Chihuahua dog.

As we said before, Chihuahuas come in different colors, sizes, coat markings, coat range, and more. That is how you have long-haired Chihuahuas, smooth coat Chihuahuas, and many more varieties. And they all differ in their appearance.

Speaking of the Applehead versus Deer Head Chihuahua dog breed comparison, it is all about the shape of the head. Between the two, the Deer Head variety has longer legs, neck, and head. They are also longer and leaner than their Apple Headed Chihuahua counterpart. On the other hand, apple head Chihuahua puppy has larger eyes due to their head shape.

Speaking of numbers, the Apple Head Chihuahua dog is smaller, standing between 5 and 9 inches on average. Their Deer Head counterpart stands between 5 and 12 inches at the shoulders.

The small-size Apple Head Chihuahua is the smallest canine breed, weighing no more than 6 pounds on average. Its counterpart can weigh between 5 and 12 pounds.

No matter the head shape, they can come in a short coat or long coat variety. Here is a fun fact: short-haired Chihuahuas shed more than their long-haired counterpart.

How to distinguish Apple Head Chihuahua from a Deer Head one? Well, the range of coat color options. Deer Heads can appear in grey, fawn, black, white, and silver color. Apple Heads, on the other hand, come in fawn, red, blue, black, gold, tan, cream, silver, and even chocolate.

The Apple Head Chihuahua puppy is the most popular version, with AKC describing it as a “well-rounded apple dome skull with a shorter muzzle, and 90-degree angle between the muzzle and the skull”. The head shape of the Chihuahua should not affect the temperament, right? Well, there is no evidence that it does, but if you ask a Deer Head Chihuahua owner, he will tell you his version is more sociable and obedient.

It is probably because of the environment and upbringing, but there will always be some theories and conspiracies.

Speaking of their temperament, both Chihuahua dogs are confident, intelligent, and stubborn. They have a no-nonsense approach.

Because of its small size, the Chihuahua suffers from small dog syndrome. And this is evident more in the Apple Head version.

Both dogs are cheerful and have a love for life. They enjoy playing and are friendly and affectionate with their close family. Experts describe them as having cheeky terrier-like temperaments.

Chihuahuas crave companionship, but that can make them prone to separation anxiety.

When not socialized, they can bark quite a lot. And despite being a toy breed, they have a medium prey drive. When they see something small and furry, they will go and chase it.

Their feisty popularity makes them a popular choice for mixed breeds. Among the many, you can find Cheagle, BoChi, Chug, Pomchi, and Jack Russell Chihuahua mix.

Both of these dogs are medium-energy dogs that need up to 30 minutes of exercise per day. They do not need intense exercise but enjoy some playing. Generally speaking, walking will suffice. If you use a harness, make sure to get a proper-sized harness.

Mental stimulation is also a good option for this puppy. But as long as they are alongside you, these dogs will be happy. 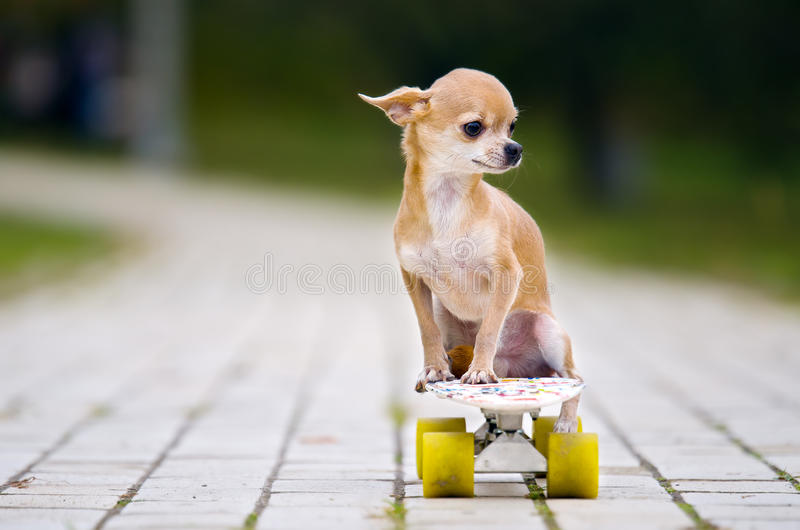 There is one thing every Chihuahua owner will tell you. These dogs are stubborn. They are feisty and stubborn. They will try to dominate you as much as possible.

Be ready for some resistance on their size during training. Positive reinforcement with lots of treats will do it. But also praise and affection.

Because of their stubbornness, it is important that you start obedience training and socialization early on.

What Is The Breed Standard

If you conform to the ACK breed standard, the apple head Chihuahua puppy is the one that is accepted. The AKC states that Chihuahuas must have apple-shaped heads.

So, if you want to use your canine for dog shows, look for an Apple Head Chihuahua. But, if both parents were AKC-registered, you can register your Chi, no matter the head shape.

As for which came first, nobody knows exactly how and when Chihuahuas began producing differently-shaped heads. 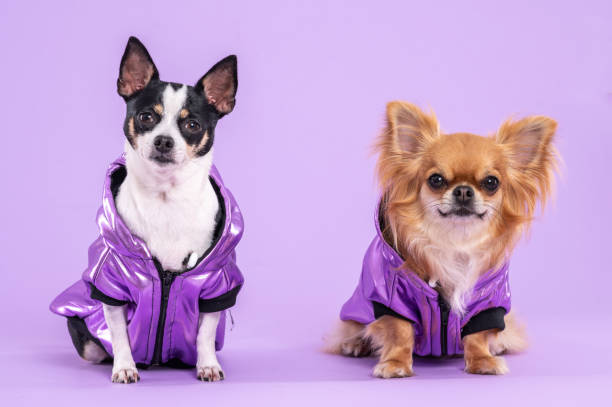 Chihuahuas are among the healthiest dog breeds, and among the longest-living ones. Of the two, the Apple Head has a shorter muzzle and flatter face, meaning they might suffer from breathing problems. For example, you might have some of the same problems brachycephalic breeds experience.

The Apple Headed version is also prone to collapsing trachea, with the cause unknown. Their average lifespan is between 14 and 16 years. But of the two, the Deer Head Chihuahua is the longer-living one.

These two have many things in common. Yes, their head shape can make a difference in health and temperament, but generally speaking, no matter which Chihuahua you get, you will enjoy a lovely companion.

And sometimes, your Chihuahua puppy might have characteristics of both Apple Head and Deer Headed varieties.

Both dogs are loyal and loving, so it comes down to your preference. Yet, if you want to compete in shows, you have to get an Apple Headed Chi. That is the accepted breed standard by The American Kennel Club.