Long Haired Chihuahua – The Good and the Bad 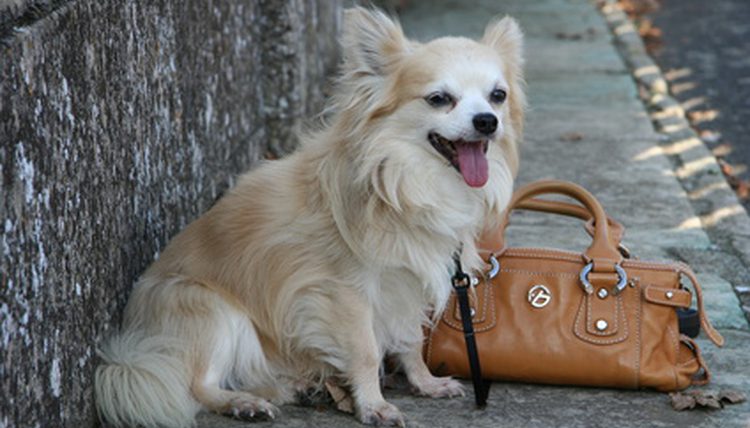 Long haired Chihuahua dogs have longer fur than other Chihuahuas, especially around the ears, necks, legs, and tail. And that means grooming is more important. When you think of Chihuahua puppy, you usually think of the short-haired dog. But even Chihuahuas can have long hair. In fact, there are a couple of different coats when it comes to dogs.

One thing people love about Chihuahua dogs is that they live longer. In fact, some of the longest-living dogs are Chihuahuas. Megabyte, a dog who passed away on January 1, 2014, lived 20 years and 265 days. Dermot Mulroney had a Chihuahua who lived 22 years.

With that in mind, today, we are going to talk about anything Chihuahua related. Long haired Chihuahua dogs might be tiny, but they are hugely popular and pack a large character.

When it comes to the history of the Chihuahua breed, we have to go back to Mexico. This dog breed descends from the Techichi, a dog introduced by the Toltecs and then transformed by the Aztecs into a small size dog.

The first Chihuahua dog was recognized by the American Kennel Club in 1904. A few years later, they become popular in shows. Their popularity grew even more in the 1950s, and then in the 2000s thanks to celebrities like Paris Hilton. We also have to mention movies like Beverly Hills Chihuahua and Legally Blonde for the increased popularity of the canine.

As mentioned previously, the main difference between the long haired Chi and other Chihuahuas is the fur. They have longer fur, especially around the ears, necks, legs, and tails.

That means more grooming, and more brushing the coat of the dog. You need to brush your pet at least once per week to ensure there are no tangles in the dog’s coat.

Other qualities, including temperament and health issues, are the same as with short-haired Chihuahuas.

What is the size of long hair Chihuahua?

The size of the long hair Chihuahua puppy is the same as the one with short hair. No matter the size, or even the shape, they stand between 6 and 9 inches in height and weigh between 3 and 6 pounds.

These dogs might be small, but they have a big personality. Chihuahuas are very loyal dogs, and also quite intelligent. But on the downside, they can be stubborn.

One of the most important things when getting a Chihuahua is to establish yourself as the leader, and show you are in charge. Chihuahuas are known to have “terrier” temperament, meaning they like to do whatever they like, and control the environment.

Rumored to be aggressive, but with proper training, that is not the case. Chihuahuas, like other small dog breeds, tend to be aggressive when they are scared of large dogs. And because everything they see is bigger than them, they are quite the barkers. But they do not bite.

It is important that you socialize your dog from a young age to minimize aggression. You can also check the parents, and see how friendly they are.

Prospective Chihuahua owners should be warned, the long haired Chi is prone to barking and being vocal. Yes, this dog doesn’t have a loud bark due to its small size. But they will bark to get attention and boss around.

With proper socialization and training, you can reduce the barking to a minimum.

There are many different factors that can contribute to the life expectancy of a long haired Chihuahua dog. Some of the factors can be controlled, while others are outside of your control.

On average, the Chihuahua can live between 15 and 20 years. That is when properly cared by a loving owner. Small breeds tend to live longer than large breeds, and it is up to you to ensure that. With that in mind, here are the factors that can contribute to your dog living shorter or longer life.

While the Chihuahua breed is already a small dog, some people still prefer a smaller dog. That is why in the past few years, we’ve seen a teacup Chihuahua and toy Chihuahua puppy. They are not a separate breed. Instead, they are just a smaller dog in the same breed.

On the flip side, the smaller size comes with side effects. For starters, toy breed dogs have an increased risk of health issues. Consider that risk before opting for a long-haired toy Chihuahua.

As with many dogs, long haired Chihuahuas shed their fur so that a new and more protective coat can grow in its place. Chihuahua’s coat allows them to stay warm or cool, depending on the environment. While they are mostly inside the home pet, Chihuahuas actually have a thicker coat in the fall and winter. That doesn’t mean you should leave them outside.

In terms of coat, Chihuahuas can have either a single coat or a double coat. And it doesn’t matter if you have a long haired or short haired Chihuahua.

According to the breed standard by the American Kennel Club, Chihuahuas can have or do not have an undercoat.

You might be asking which dog sheds more, the long-haired or the short haired pet. Well, while conventional wisdom and logic dictate that the long-haired Chihuahua sheds more, that is not the case. Not at all times at least. Shedding depends mostly on whether your dog has or does not have an undercoat.

In addition to the seasonal shedding, your dog can also shed small amounts of hair all-year around. But when you get a dog, shedding is mostly part of the package.

Will your dog be long haired?

But for that to happen, both parents have to carry the gene for long hair. And in the same litter, you can have both long hair and short hair puppies.