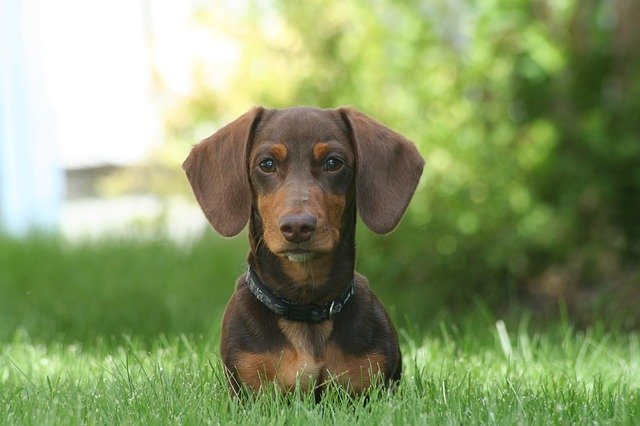 Do you know there is Mini Dachshund? Even smaller than the original Wiener dog? According to the American Kennel Club, Dachshund dog breed is among the top 15 most popular dog breeds in the United States. But what is the difference between Dachshund vs Mini Dachshund?

Both of these breeds are strikingly similar, with some key differences between them. Do you want to know the differences? What separates them as dog breeds? Is the Miniature Dachshund recognized as an official breed?

Dachshund, also known as sausage dog and wiener dog, is a famous purebred dog and a beloved pet. Praised for its intelligence and personality, it is among the top 15 most popular dog breeds according to the American Kennel Club.

When it comes to size, you can get either a standard Dachshund or Miniature Dachshund.

Before we get to the Dachshund vs Mini Dachshund debate, let’s talk about breed history. The sausage dog can trace its origin back to the 15th century.

They were initially bred in Germany, with the sole purpose of hunting small game and den animals. They excelled at their task and were able to hunt both below and on the ground.

During the 19th century, hunting lost its momentum, and the Dachshund dog breed suffered. But luckily, this puppy has more than one talent. Their fame rose again thanks to their loyalty to people.

There is no clear information about when the Miniature Dachshund was developed. Once this puppy crossed the Atlantic and came to the United States of America, its popularity rose. During World War II, their popularity took a hit because of their German name and origin. Yet, they made a comeback in the 1950s and have remained a popular family dog since then.

Both the miniature and standard versions are common. But the Mini Dachshund is more of a toy dog.

When we talk about Dachshund vs Mini Dachshund breed comparison, their size and appearance is the main difference. At first glance, both of these dogs are adorable puppies with an elongated body and short legs.

But their body serves a purpose. Their long spine allowed them to crawl into the dens and extract prey with success. And their long tail was used by huntsmen to drag them out of the holes.

The difference between the standard and miniature version is mainly in size.

There is no noticeable difference between the temperament of the two dogs. There are no different behavior patterns. What you have to understand is that small dogs tend to be louder and more defensive. This is because they often feel threatened by a large dog.

This small dog is strong-willed and curious. This can make them challenging to train. And even the miniature puppy will show signs of stubbornness.

If you are a first-time owner, a sausage dog might be a big challenge for you.

On the plus side, any Dachshund dog is people-oriented and loyal. If you provide adequate care and love, they will return the favor and become a cheerful companion dog.

One thing you have to remember, this puppy is territorial by nature. So, your badger dog might become a heavy barker. Even the miniature dachshunds are quite loud and are willing to express their feelings as often as possible.

Now let’s talk about Dachshund vs Mini Dachshund training challenges. We said before, these puppies have a will of their own. They are rebels and you need to start with obedience training and positive reinforcement training as soon as possible. You should start from puppyhood.

Establish yourself as the leader, as the alpha and you will get the respect of your Dachshund dog. Your Dachshund puppy will look at you for approval and follow you.

Any successful dog training should include commands and cues, but more importantly, socialization.

Grooming your furry friend depends on the coat type and size. Luckily, Dachshunds are easy to maintain. If you get a short haired Dachshund, it is even easier.

If you have a sausage dog with a short and smooth coat, proper brushing once per week will be enough. If you have a long haired Dachshund and wirehaired Dachshund, you will need to put more effort. That means a thorough session with a pin brush and occasional bathing.

Shedding is not a big challenge, but it is always wise to have a de-shedding tool in your hand. Both variations of the puppy need regular nail clipping.

This answer might surprise you, but both the Miniature and Standard Dachshund were bred for the same reason, to be the best hunting dog possible. Nowadays, you might consider the mini sausage dog a toy dog.

But they were capable of hunting badgers and a wide variety of rodents. This is why they are also known as a badger dog.

How were miniature dachshunds bred?

Back in the day, hunters needed something smaller than a standard Dachshund to flush out rabbits and small prey. So, they came up with the idea of a miniature dog. They cross-bred standard Dachshund with smaller breeds like terriers and pinschers to get the mini version.

The standard Dachshund came first, bred to be small and long with a pointed muzzle and paddle-like paws. This would allow it to dig down into badgers’ setts and flush them out.

These puppies might suffer from back problems because of their elongated body. Do not practice activities like jumping. This means no dog sports or dog agility.

If you want to allow your pet on the sofa, set up a ramp to avoid jumping on and off the couch.

Another common problem is food obsession. Do not allow your Dachshund to gain weight, because it will increase the risk of a back injury.

Yet, with proper care, your puppy will have a long and happy life.

Another big difference between Dachshund vs Mini Dachshund is their lifespan. The miniature version lives slightly longer. Their lifespan is between 13 to 16 years. The Standard Dachshund, on the other hand, lives between 12 to 14 years.

But it all depends on how well you take care of your puppy. Provide enough care and exercise, and you will have a companion dog for life.

Which one is for you?

As you can see, there is not much of a difference between the two dog breeds. The main difference is their size. You can carry both of them in an airplane, but the miniature version will take less space in your home.