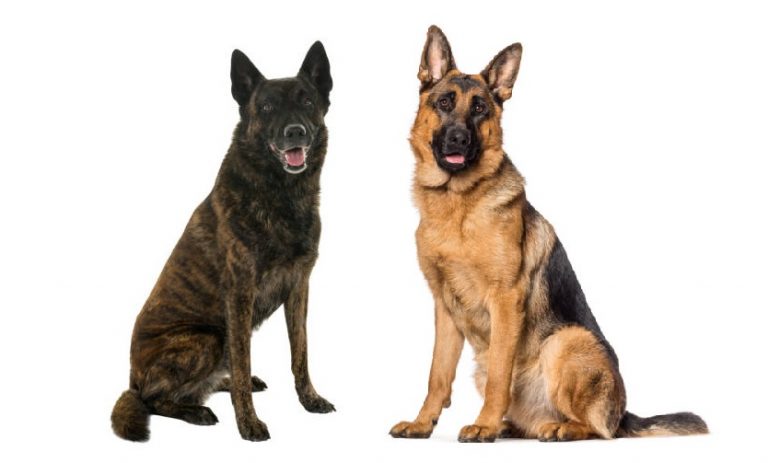 Nowadays, the German Shepherd dog breed is among the most popular and recognizable in the world. The American Kennel Club has it in the top 5 most popular dog breeds in the United States. But what about the Dutch Breed? Well, this is a dog you can mostly find in the Netherlands, but it is also recognized by The American Kennel Club. How do you compare Dutch Shepherd and the German Shepherd?

Fun fact: both dog breeds have a similar origin. They descend from the same herding dog that created the Belgian Shepherd and German Shepherd.

Nowadays, they look quite similar, but they are a different and distinct breed.

The history of any dog breed is important so that you understand its personality traits. Many dogs in history have been bred with a purpose in mind. Depending on that purpose, you can understand the character of the dog better. That purpose shapes personality and physical traits.

When you look at the Dutch Shepherd and German Shepherd breed comparison, they differ in how they originated and were bred over time.

The Dutch Shepherd dog breed hails from the Netherlands. It was originally bred by farmers who were looking for a versatile dog that can assist them with everything. In the beginning, the Dutch Shepherd puppy did everything from herding cows to pulling heavily laden dairy carts to the market. And in the meantime, kept the chicken safe and looked after the kids at night.

Industrialization changed how the breed was looked at. It almost came to an end, but a few loyal breeders saved the day. Nowadays, it is rare in the United States, but the puppy is very popular in Europe as a farmhand. Because of its versatility, the Dutch Shepherd breed can also be used as a military dog, search and rescue dog, and assistance dog.

The German Shepherd breed also had its origins in Europe, but it made the transition to the US much better. He was also bred in the 19th century by a German officer. He wanted to create the ultimate herding breed. So, he took the finest specimens from different areas of Germany.

What he got was a versatile dog that can do everything nowadays. There is a reason why The American Kennel Club considers it among the top 5 most popular dogs for many years.

The German Shepherd puppy first came to America at the beginning of the 20th century. In the beginning, he was not loved because of his origin in Germany, one of the most hated countries from 1910 to 1950. Luckily, the German Shepherd recovered thanks to his popularity in Hollywood movies. Nowadays, he is a loyal family dog and a popular companion dog. 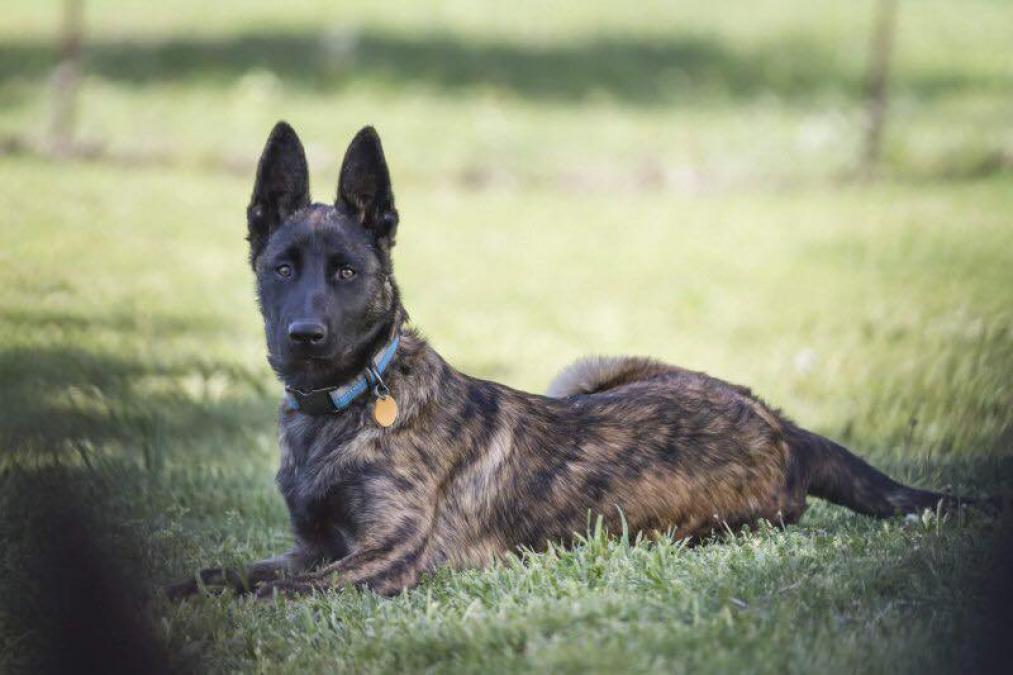 As we said before, the Dutch Shepherd was developed in the Netherlands as a versatile dog who could do a little bit of everything.

Originally, he was bred to guard sheep, but he is a highly adaptable and intelligent dog. So, he was put to work as a general farm dog, crop protection dog, herding dog, and even guard dog.

He is a medium-sized and well-muscled dog that can have a short coat, long coat, or wire-haired coat. Nowadays, he is among the most popular dogs in the world according to the AKC. This large, agile, and muscular dog is praised for its intelligence, loyalty, and bravery.

He started as a herding breed and remains in the herding group of dogs. But he is now refined. Besides his usage as a military dog and police dog, he is also one of the best family pets.

We said that the German Shepherd is the most well-known and popular breed among the two. But the Dutch Shepherd is larger and heavier.

Both of these dogs are large, agile, and muscular. They are praised for their intelligence, bravery, and loyalty.

The best way to tell them apart is to look at their coat type and coat color. For example, the German Shepherd has a medium-length double coat that can vary in color. Breed standard recognizes black, blue, black and red, black and silver, liver, black and cream, grey, black and tan, sable, white, and bi-color.

Dutch Shepherd breed, on the other hand, has a short coat, long coat, or rough coat. And each coat type comes with different requirements for grooming. As for coat color, the AKC recognizes only gold brindle and silver brindle. 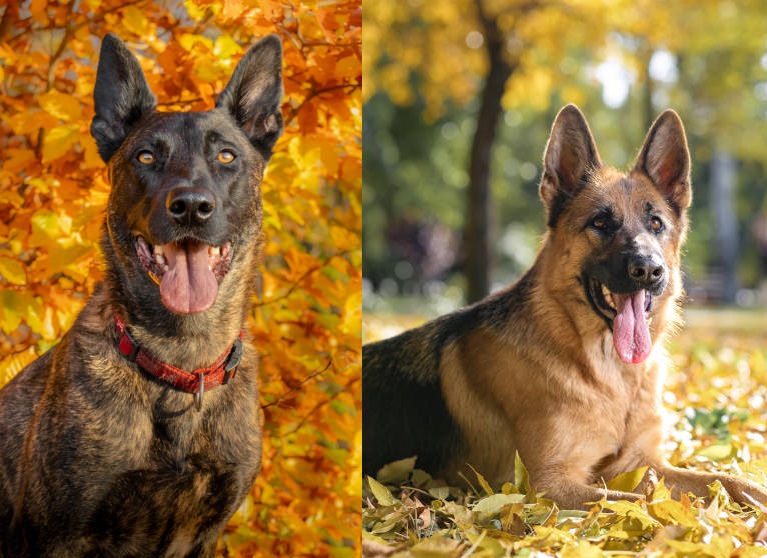 This is the reason why many people can go either way. Personality traits are quite important when you are getting a new puppy.

The Dutch Shepherd puppy is loyal, intelligent, alert, and always watchful. He is a born protector that will follow directions. But he is also smart enough to anticipate your commands and can act independently if he understands the tasks.

When you get it as a family bet, he is a big softy at heart and amazing with kids. But you cannot ignore his protective nature. He will bravely defend the family and home from real and/or perceived threats. He makes an excellent family guard dog.

Unlike the Dutch Shepherd, the German Shepherd is a bit more loyal and follows more orders. He is a people-pleaser, and will rarely do something on his own. You will not find an ounce of stubbornness or independent character. His job is to do as you say. That is the sole reason why German Shepherd is the best police dog and military dog.

Unlike the Dutch, he will not anticipate anything until you say him to do it. Instruct him to attack a bear and he will do it. The Dutch might think about it for a second.

And when you get it as a family pet, this is another fantastic companion. German Shepherd puppies love being with their owners and will stay by your side forever and ever. And at night, they will curl up inside beside you. Quite affectionate toward human families, they have a real fondness for children. And they are also great with other animals, for example, cats. 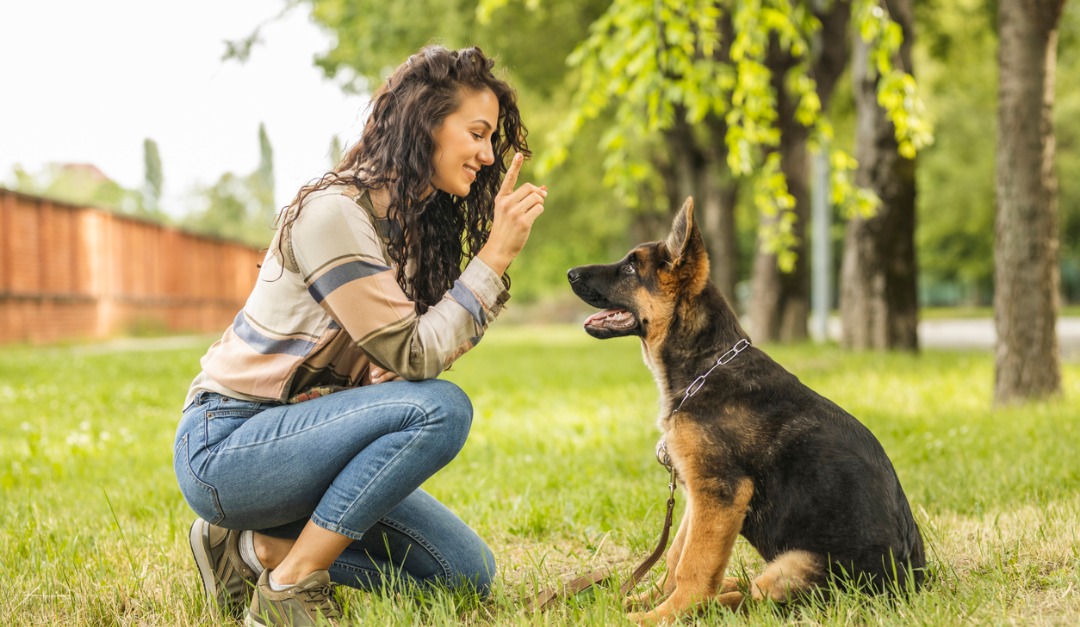 The Dutch Shepherd is highly intelligent and eager to please. He will respond well to training, and you will not have trouble with him mastering basic obedience commands. This breed enjoys activities like dog sports and agility training as well.

The Dutch dog responds best to positive reinforcement, and you will have easy training sessions if you praise and reward them.

Some trainers will tell you that the easiest breed to train is the German Shepherd. And they are right. This incredibly smart dog is eager to please you and will do as you say. They pick up new things quickly and do their best with positive reinforcement. German Shepherds love to train in a game-like learning environment.

So, turn your training sessions into a game. And your German Shepherd will happily play and learn for hours.

Provide plenty of socialization for both dog breeds. Because they are large and strong, they can become a danger if not properly socialized with other people and animals. 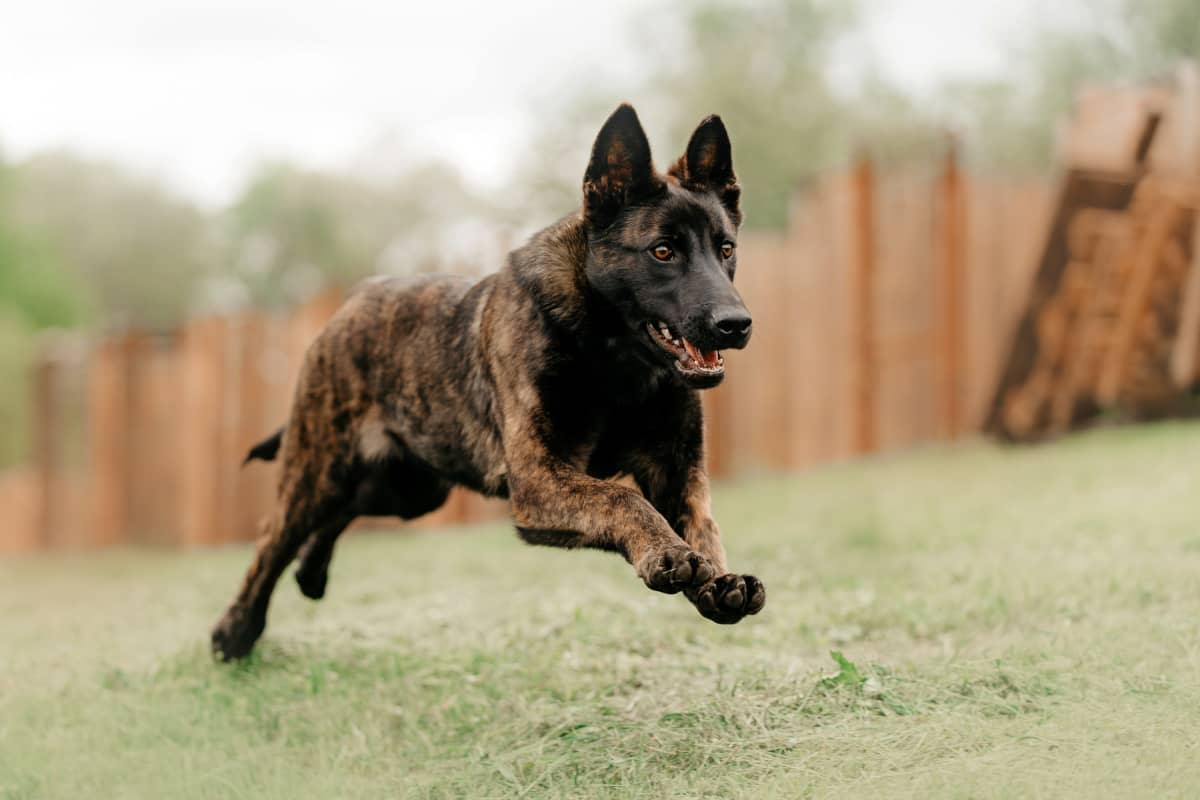 This might come as a surprise, but the Dutch Shepherd breed is the more energetic. He has intense energy and needs to be worked harder for sure.

Both breeds also need quite a lot of mental stimulation besides physical exercise. You do not want to dumb down your intelligent dog, right?

Of the two, the Dutch Shepherd is the healthier breed. For all of its amazing benefits, the German Shepherd is not a healthy breed. In fact, he is among the worst according to veterinarians.

The Dutch Shepherd will live a longer and healthier life. Both of these dogs are prone to hip dysplasia and elbow dysplasia. But the German Shepherd is also prone to a sloping back, degenerative myelopathy, and more.

Which Is The Right For You?

Now let’s talk about suitability. As a more energetic breed, the Dutch Shepherd is perfect for country life and farmers. He is a fantastic family pet, but you need to provide plenty of space to run and roam around. He is not suited for apartment living. The Dutch Shepherd breed thrives with a family that can involve him in all daily activities and has an outdoor-based lifestyle.

The German Shepherd is not suitable for apartment living as well. He needs a large and secure fenced yard where he can run and play. While the Dutch need more exercise, the German Shepherd needs more mental stimulation. This might surprise you, but he is among the most intelligent dog breeds.

As a family pet, he thrives with children, other animals, and everything in between. The Dutch, on the other hand, doesn’t do well with other animals.