Top 10 Smartest Dog Breeds that Will Amaze You 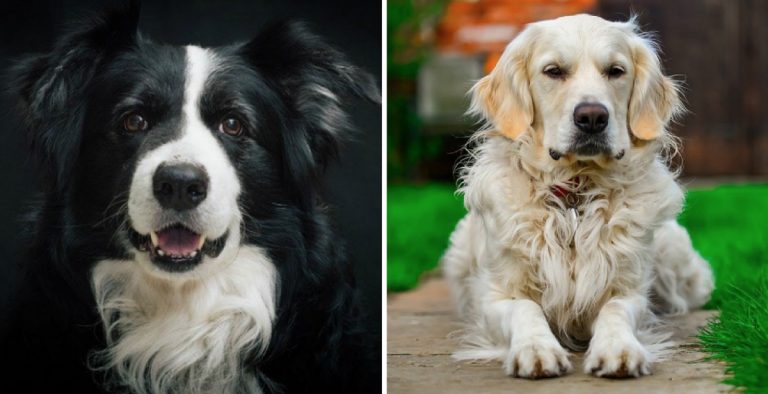 A canine psychologist by the name of Stanley Coren, who is also a neuropsychology researcher, has made a list of the most intelligent dog breeds.

When he made the ranking of smart dogs, professor Coren took into account only the working intelligence. With that in mind, do not worry, if your dog is not on this list, he might be smart in a different way.

Professor Coren says that the top 10 smartest dog breeds on this list need just 15 to 25 exposures to learn a new command and that they obey 70% of the time. With that in mind, let’s take a look at the list of smartest dog breeds. 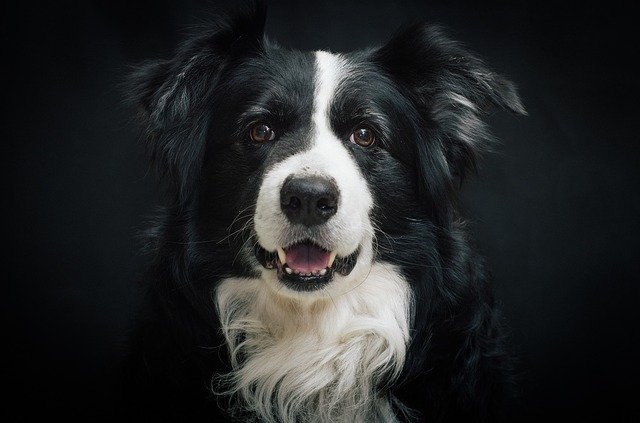 The Scotch sheepdog can learn more than 100 commands. The best proof for the intelligence of the Border Colie is Chaser, a dog with the largest tested memory of non-human species.

She could identify more than 1,000 toys by their name, retrieve them by name, and categorize them. Talk about being smart.

One of the downsides of owning a Border Collie is his herding behavior. You have to remember that your dog has natural herding instincts. And he will display those instincts at your home.

For example, they might try to herd your children. Most importantly, the Border Collie is a dog bursting with energy. Do not get one if you do not have the time to spend with him and burn his energy.

Bored Collie will be a problematic one, and he will bark constantly.

Combine their high dog intelligence, and their athletic ability, and you have the perfect canine for dog sports and agility competitions. 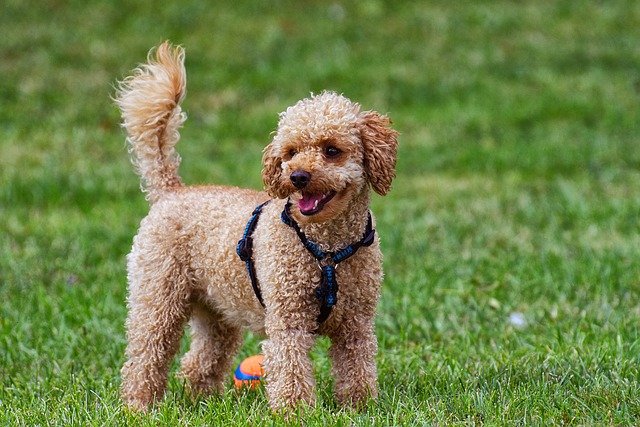 Most people rarely think of the Poodle as a smart dog. And that has a lot to do with the looks of the Poodle. You mostly think of a fluffy lap dog that will sit and cuddle through the whole day. But the Poodle is more than his foofoo haircut.

This intelligent dog breed comes in three sizes. Those are Standard Poodle, Toy Poodle, and Miniature Poodle. No matter the size, canine intelligence is the same.

Poodles were originally bred in Germany for bird hunting and water retrieving. There are three types of poodles, including toy, miniature, and standard.

The best part about poodles? Unlike other intelligent dogs, they are not hyperactive and high energy dogs.

They do, however, need firm dog training and regular exercise for the mind. Be careful with a Poodle, they are quite sensitive to voice tones. Harsh discipline and yelling do not help here. 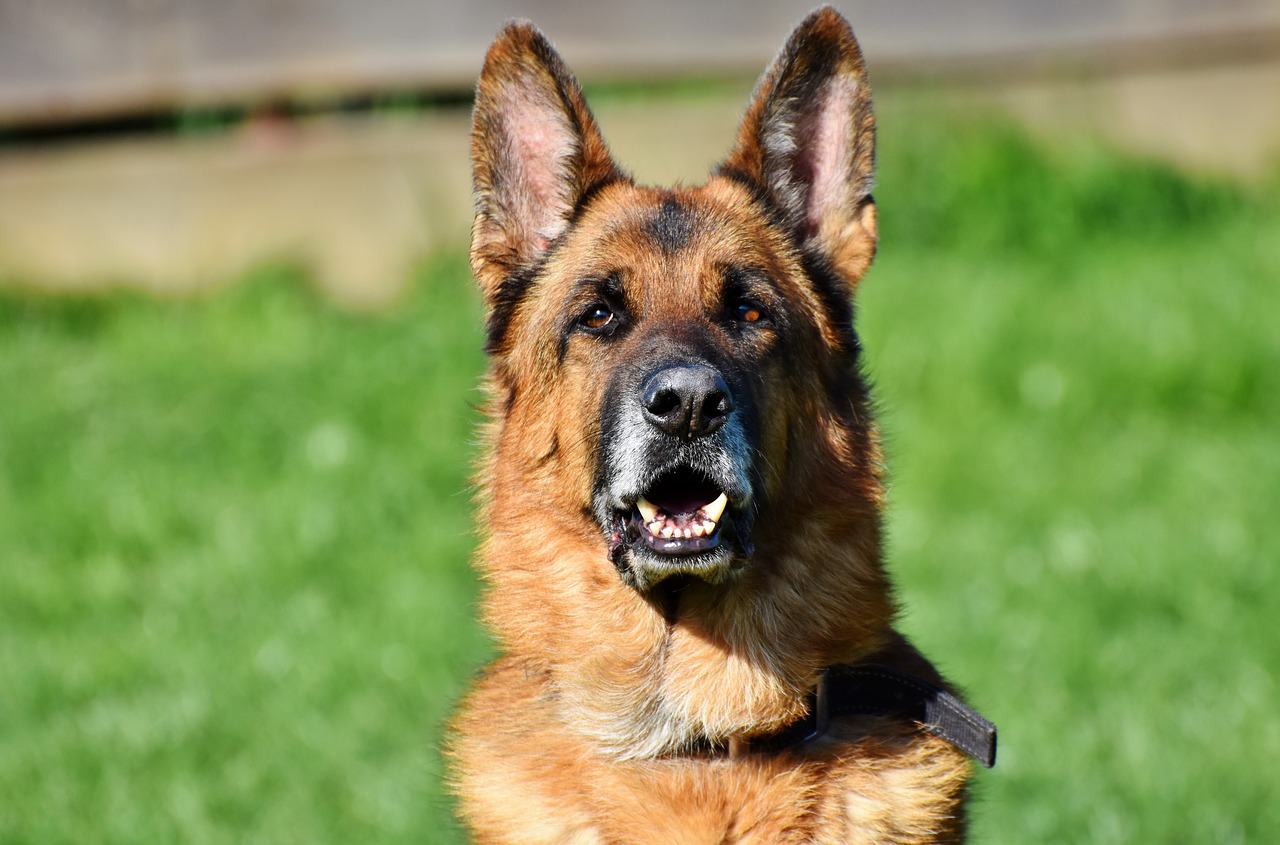 When a dog is as trainable and as smart as the German Shepherd, you just have to utilize him as much as possible. There is a good reason why the GSD is the best police dogs.

The GSD was standardized by Captain Max von Stephanitz in 1889 as a bred for utility and intelligence. At the time, the dog was used for herding.

Nowadays, the German Shepherd dog breed does have some of his natural herding instincts, but not as much as he used to. Once the need for herding declined, Captain Max trained the GSD to be a police dog, being protective and obedient at the same time.

Just look at GSDs around you, they all listen to their owner. Active and smart, this intelligent dog breed requires a lot of exercises, both for his body and mind. You need to keep him busy by learning, working, and playing.

And if you need any more proof about the intelligence of the versatile dog, just look at all the roles he can fulfill. Nowadays, the German Shepherd dog breed has been utilized as a police dog, military dog, guide dog, guard dog, protection dog, and many more.

Being that the ranking is done by working intelligence, it is no surprise that the Golden Retriever found his way on the list. After all, if there is one dog that will listen to almost any command, and obeys you 100%, that is the Golden Retriever. One of the most popular dog breeds, the Retriever is friendly and smart.

Nowadays, the Golden Retriever is used as a family pet, but also as a service dog. They are not used for retrieving as they were used to.

In terms of being a service dog and therapy dog, the Golden Retriever has found his way in carrying for medical patients, especially those with epilepsy. The dog can basically detect the seizure before it happens, and calm the patient. 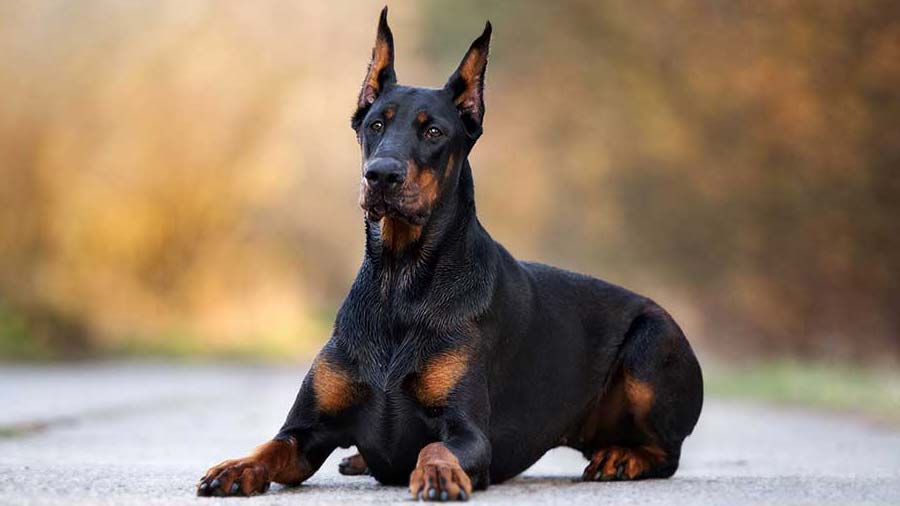 It is a shame that this breed gets such a bad reputation. Yes, they look scary and fierce, but they are not as dangerous as their reputation suggests.

The point with the Doberman is that he is a protective dog, and loyal to his owner. In the same time, he is suspicious of strangers, and not the most friendly with people and animals he does not know.

That is why they get a bad reputation. With that in mind, the Doberman is also a police dog, utilized for his incredible canine intelligence.

Speaking of which, experts have been trying to argue which one is a better dog for police work, the Doberman, or the German Shepherd.

As a family pet, both work great. In both case, you get an intelligent dog that can multiple of tasks. 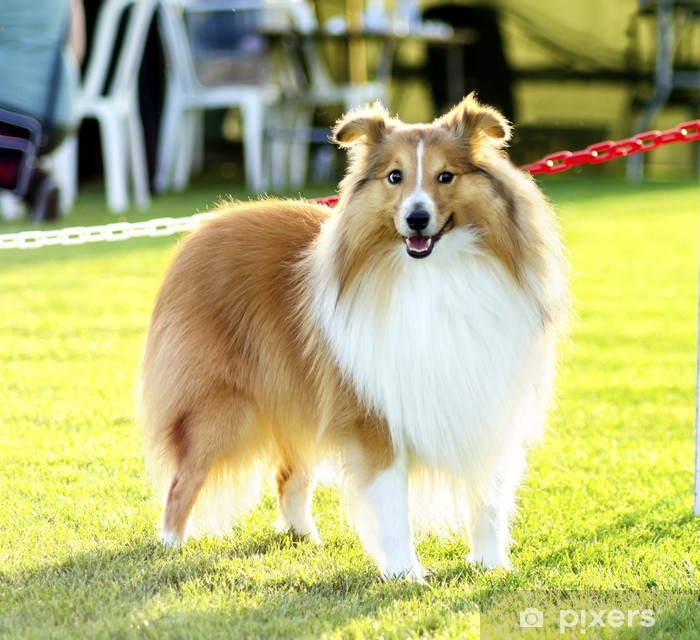 You can see a lot of the dogs on the list of smartest dog breeds are actually herding dogs. That is because herding dogs have the best working intelligence, as they fall into the group of working dogs as well.

The Shetland looks like a miniature Coolie. That is because they were bred by crossing rough collies, resulting in a unique breed that is playful and smart. Agile and smart, they make ideal pets, as long as you can cope with their coat.

We have to say that the Shetland sheds a lot, and require daily grooming and brushing. Vacuuming is a must. 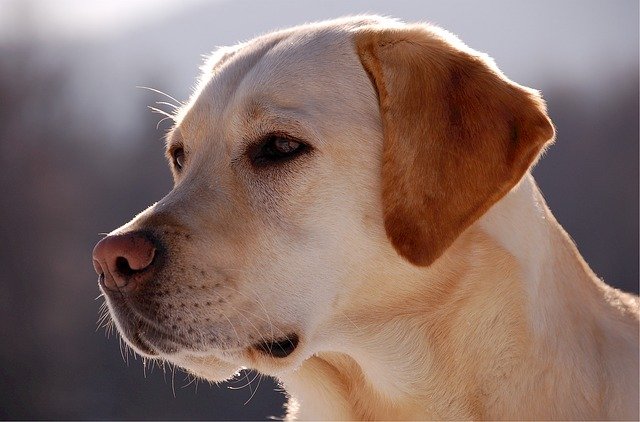 The Lab is the most popular dog breed in the United States. Praised for his intelligence, playful character, obedience, and his just amazing looks. He looks sturdy, muscular, and quite the dominant dog. But he is gentle, kind, and cuddly.

Labradors are the best dog as a family pet, but they have also found usage in medicine. Nowadays, Labradors serve as therapy dogs, particularly for people with eyesight problems. They are also assistance dogs.

The bottom line is the Labrador Retriever will excel at any activity you put him in. Very similar to the Golden Retriever in terms of friendliness, with a small difference they are a bit more conservative. 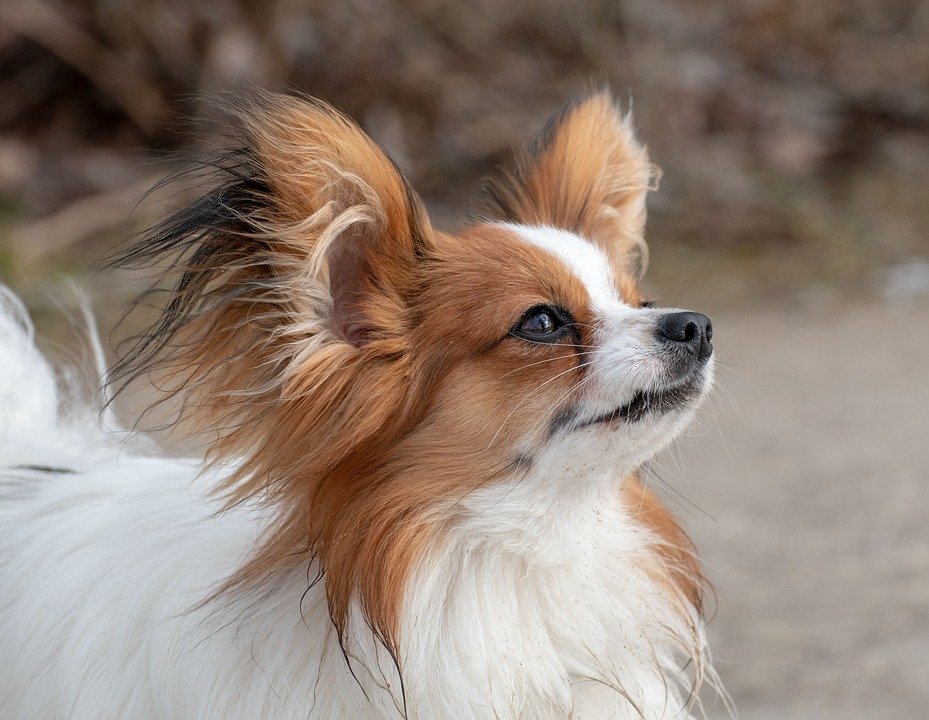 These dogs are part of the Spaniel family. They are active indoors, where they perform tricks and act goofy. You can safely say that a Papillon will be fun for the family 24×7.

Considered to be one of the oldest toy spaniels, the breed gets his name thanks to the butterfly-like look. You just cannot miss them. Their graceful feathered ears are too unique to mistake them for another breed. 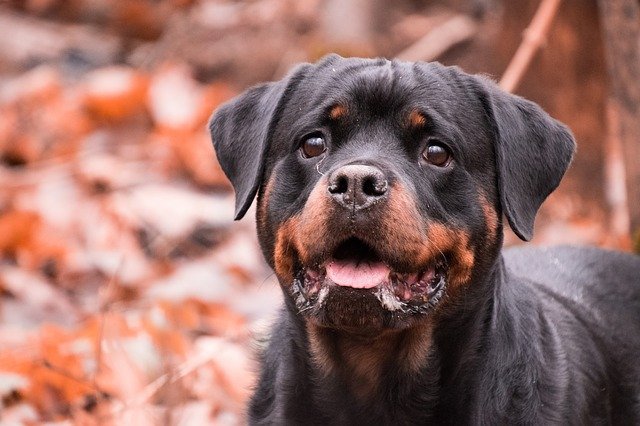 Another dog on the list that gets a bad reputation as a dangerous dog. That is just unfair to the Rottie, who is just a gentle giant. If they are socialized and trained early on, the Rottweiler can be one of the best house dogs for a family with children.

They are quite loyal to their owner and protective. That is why they are considered dangerous, as they can show their protective side when someone is trying to harm their people.

One common myth about the Rottie is that the dog does not shed a lot. Yes, they have short hair, but they also have a double-coat. And that means a lot of shedding. 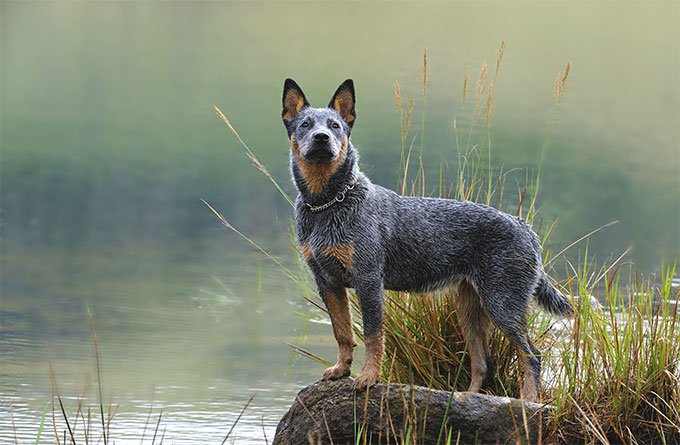 The dog is a cross between the native Australian dingo and blue merle shepherds. The breed was developed for herding and droving cattle over long distances across rough terrain.

As a medium-sized dog, they thrive as family pets. But they have to be raised with the family, so the dog can accept the members of the family.

He is quite territorial and can be aggressive toward other animals. Just remember, they have a strong prey drive, and they need socialization early on with other animals.

Many people wrongly mistake the Australian Cattle dog with the Australian Shepherd. While both are intelligent companion dogs, they are a different breed. According to the American Kennel Club, they have different history. One was bred in Australia, the other in the United States of America. 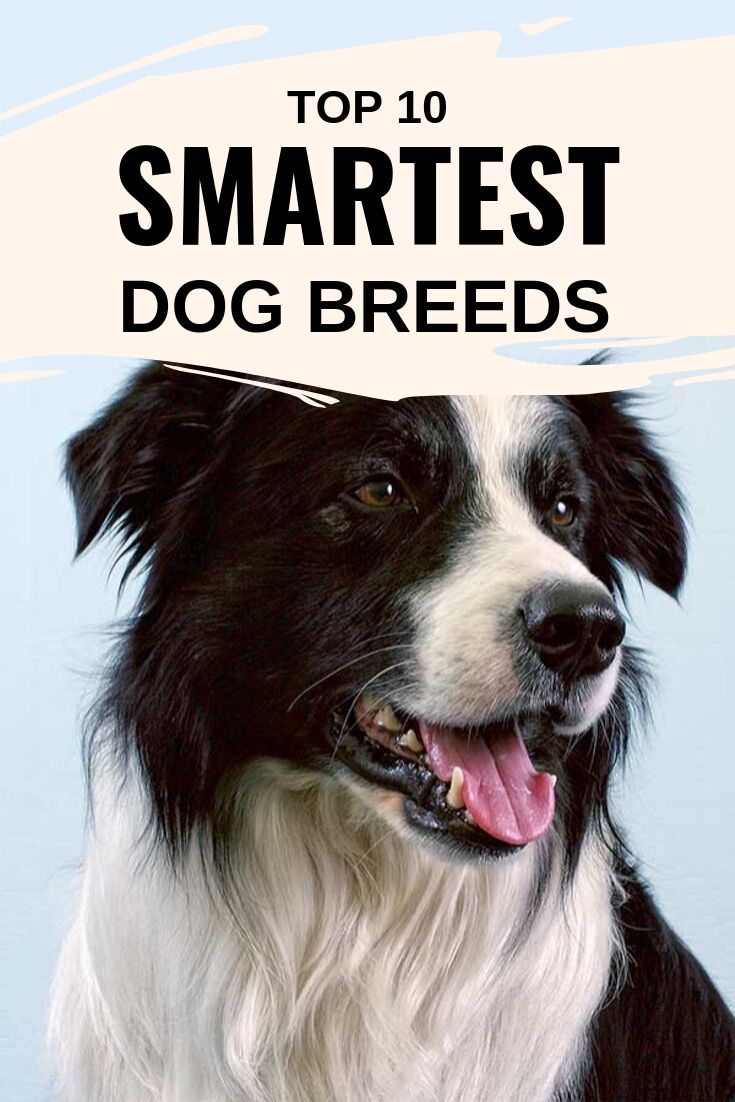