10 Things You Need to Know Before Getting a German Pointer 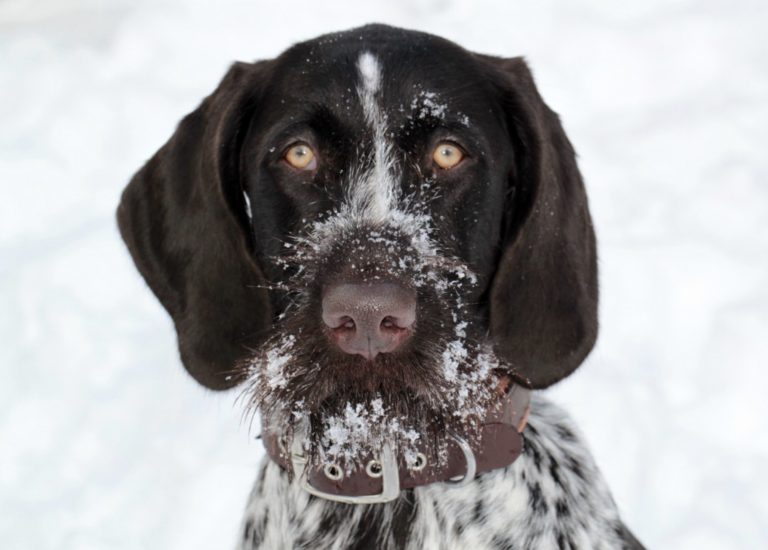 They call this dog the Cadillac of bird dogs. And that might be the most accurate description of the German Pointer puppy. If you want a canine companion who is an athletic sidekick, and who will happily accompany you on trekking and hiking into the wilderness, then you should definitely get a German shorthaired pointer. With that in mind, here are some German pointer facts you need to know.

This dog has been developed by German hunters over generations. Nowadays, the GSP is a versatile and all-purpose gun dog. He has a unique zest for life.

Some people say they look like nobble dogs and aristocratic dogs. And that might be true. The German shorthair pointer dog breed is a stunning creature.

Because of his intelligence, the GSP is a trainable dog breed. And he bonds perfectly with your family. So, are you intrigued? Let’s take a look at some German pointer facts you need to know before getting this puppy.

When you talk about the German pointer dog, you have to mention its hunting history. It is one of the oldest dogs in existence.

We can trace the existence of this dog breed back to the 13th century. But they became popular during the 17th century in Italy and France. They called the puppy a quail dog and net dog because they assisted hunters during work.

For the popularity of the breed in the US, Charles Thornton is the most important person. He was a doctor living and working in Minnesota who brought a pair of dogs from a breeder in Austria.

The American Kennel Club officially recognized the German shorthaired pointer dog in the 1930s. At the time, breeders in the Midwest began selling the puppies. The German Shorthaired Pointer Club of America opened in the 1960s.

The dog was used for hunting in the beginning. But it adapted to pointing for birds when the use of guns during hunting excursions became more popular. Since then, the breed has remained a bird dog.

Before the development of guns, the role of this dog was just as important. Bids were netted rather than shot. But when guns became popular, the pointer was used and needed to point and retrieve the bird.

In a way, he is a type of Retriever dog. The Golden retriever was used in the same way.

Nowadays, when hunting, Pointer quarters in front of the hunter systematically with its head high scenting the air upwind. When they detect a hidden game, they halt suddenly with the nose pointing to the game. This way, the hunter can prepare to shoot.

They Eat a Lot

Here is one of the German pointer facts you might not know. This dog eats a lot. Because the GSP is a highly energetic dog, they burn hundreds of calories in a single play session.

Because of that, they require a lot of food. When they pass the adult ages and make it to the elder dog category, this puppy might not need as much dog food.

If you want a friendly and affectionate puppy, you can never go wrong with a German shorthaired pointer puppy. The dog breed has a high friendliness rating and loves families.

And they are child friendly. You can sure have it as a family dog.

They are not apartment dogs 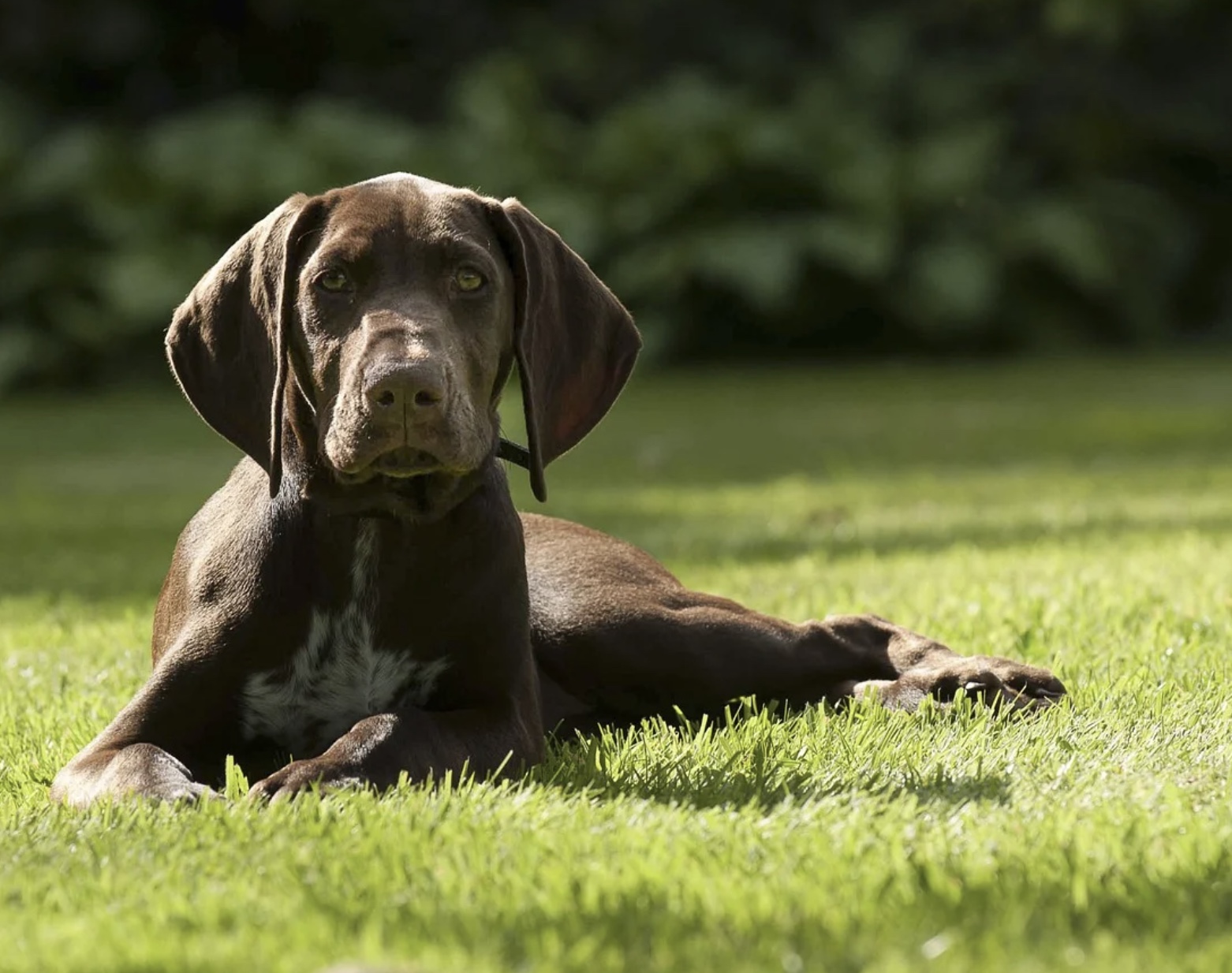 While the German pointer puppy will thrive with families, they are not as good as an apartment dog. They need much more room to enjoy themselves during the day.

And their size is not suitable for apartment living. They can weigh up to 70 pounds.

Let’s look at the breed standard and breed information now.

The purebred standard of German shorthaired pointer dog features shades of white and liver. The liver is a deep shade of brown that some call chocolate brown. Most puppies have a speckled or spotted appearance as well. You can find a dark white or tan coat with spots of the liver. Some dogs have more spots than others.

They do not need a lot of grooming

Speaking about their coat, you should not worry about maintenance and grooming much. These dogs have a short coat and do not shed as much as others do. Their coat is soft to touch. Regular brushing is all you need for the GSP puppy. For brushing, you can use a metal comb or one with stiff bristles.

They do not need washing as much as other dogs. You can bathe your dog only when they spend a lot of time playing in the mud. Frequent baths might contribute to skin allergy. And this dog breed is prone to skin allergies. So, we suggest bathing with dry shampoo for dogs.

They love to be in the middle of the action

Here are more German pointer facts for you. This puppy is happiest when he is in the middle of the action. They want to be where their family is. When outside, they are alert in the field. This is why they make a great watchdog.

The GSP is great with children and other pets. But if you do not have time to keep them around you, do not get one. Otherwise, they might suffer from separation anxiety.

The GSP has a willingness to learn. Combine that with its natural athleticism, and you have a dog that is easy to train. Proper obedience training is a must to keep the Pointer out of trouble.

And because this puppy is a versatile hunting dog, you can play a lot of nose games. Incorporate nose games into your training, and you will have a happy puppy.

Be ready for health problems

We all love our puppies and wish them the best. But we have to stress that some dogs are more susceptible to health issues than others.

When it comes to the GSP, it is a relatively healthy hunting breed. But there are some health conditions that present a higher risk.

One of the most common diseases is the Von Willebrand Disease, a type of bleeding disorder that prevents platelets from binding when an injury occurs. Both male and female dogs can develop this condition. You can notice dark bruises on the skin as one of the first symptoms.

Another medical condition to pay attention to is gastric torsion. It causes the digestive system to twist, preventing food and water from moving through the bowel and out the anus.

Last, but not least, canine hip dysplasia is a common condition among retriever breeds. And the German shorthaired pointer is not an exception. Make sure to get your puppy from a reputable breeder and schedule regular veterinarian visits to prevent any health issue.