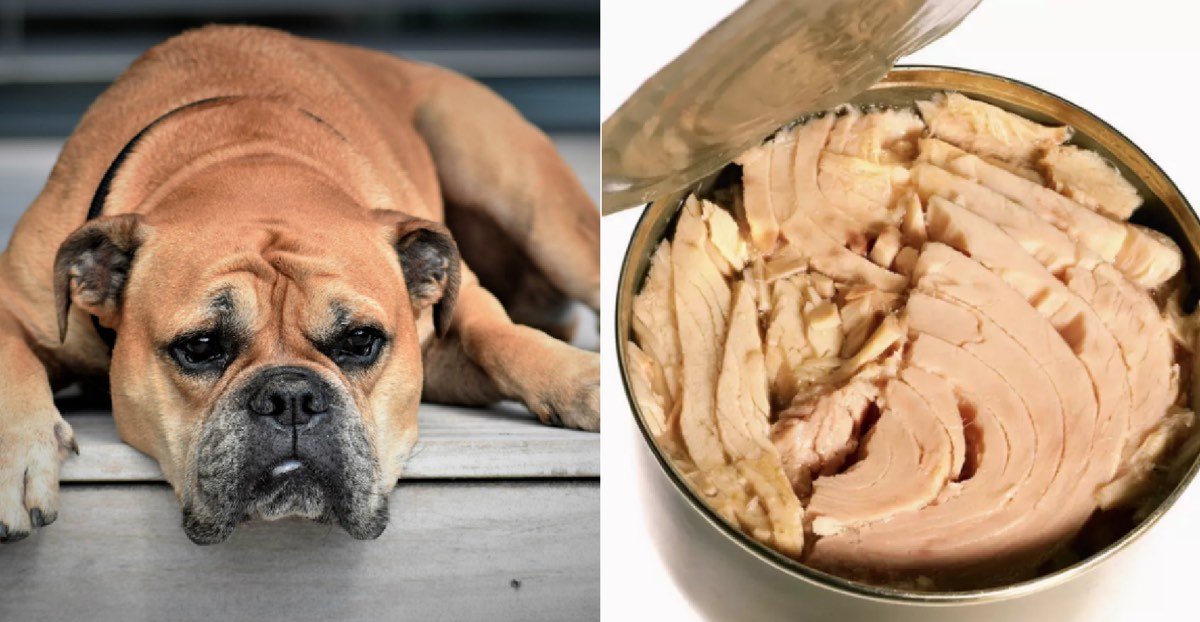 If you leave an open can of tuna around your pup, it will disappear within seconds. Dogs love tuna, and other fishes as well. And why shouldn’t they?

However, the question dog owners have, can dogs eat tuna?

That is a question that cannot be answered with a simple yes or no. Tuna is becoming a controversial protein source, not just for dogs and cats, but for humans as well.

The reason is where tuna sits in the ocean food chain. The sea is polluted with mercury. Small fish take in mercury, and then the large fishes like tuna eat those small fishes, and they are contaminated with mercury as well.

Fish provides an alternative protein source to beef, chicken, and turkey in dogs. Nowadays, tuna and other fishes are becoming more and more popular in the canine diet.

When you look at the benefits of tuna, you might rush and give some to your pet. One of the main reasons dog owners include tuna in their dog’s diet is because of the protein content.

Tuna is rich in protein, and you enable your dog to benefit from lean protein.

In addition to packing protein, tuna is also a good source of omega-3 fatty acids. These acids help your dog have a healthy coat, prevent inflammation of the coat, and prevent itching.

Both omega-3 fatty acids and protein are vital for healthy blood pressure and cardiovascular health.

To top it, tuna is a rich source of a plethora of B vitamins, including B3, B6, and B12. In addition to B vitamins, tuna also contains some magnesium, potassium, selenium, and Vitamin D. All of these healthy nutrients make tuna fish a good ingredient in a canine diet.

In theory, you can easily answer is tuna good for dogs with yes because of its richness in vitamins and minerals.

However, there are other aspects to the question you have to consider.

Which tuna fish is OK for dogs?

There are more than 20 different species of tuna fish. Usually, only five of those make it to the plate of humans and dogs. Those are yellowfin, albacore, bigeye, Bluefin, and skipjack.

Of those five, some are good for dogs, others are not. Skipjack is a relatively small tuna and weighs 42 pounds in maturity.

On the other hand, Bluefin can weigh up to 1,000 pounds or more.

Albacore tuna weighs at 73 pounds at adulthood, while yellowfin and bigeye tuna can weigh up to 400 pounds.

When choosing tuna as an ingredient in your canine diet, go for smaller tuna species, like skipjack or albacore. They contain much less mercury than their big counterparts.

How to feed your dog with tuna?

There is a big difference between feeding your dog with tuna on a regular basis and using it as a treat. Making tuna staple of your dog’s diet is plain wrong.

If you are wondering is tuna good for dogs, then you have to consider the frequency of feeding. Tuna is safe for your dog as much as it is safe for you, as long as you follow the health guidelines.

That means limiting how much tuna you consume based on your weight. For a dog weighing 20 pounds, you should feed a whole can of tuna every 3 weeks if it is chunk light, or 10 weeks if it is white albacore.

If your dog weighs 40 pounds, which is generally a medium-size breed, you can give him one can of chunk light tuna every 9 days, and one can of albacore every 4 weeks.

For a dog weighing 90 pounds and more, which is a large breed dog, you can give one can of light tuna every 5 days, and one can of albacore tuna every 2 weeks.

Last, but not least, for puppies weighing 150 pounds and more, give your dog one can of chunk light tuna every 3 days, and one can of white albacore every 9 days.

The last dilemma is what type of tuna you can give. Can you go with raw tuna, or you have to use canned tuna.

Well, this question is rather simple to answer.

You should never give raw fish to your dog, be it tuna or any other fish.

The reason is simple, raw fish can carry bacteria and parasites that are harmful to your dog. You do not want to risk fish poisoning, which can be fatal to your dog within two weeks unless treated.

Raw tuna also contains an enzyme called thiaminase, which will make any Vitamin B1 your dog takes inactive.

Canned tuna, on the other hand, or cooked tuna is a lot safer for your dog. Canned tuna is packed in either water or oil.

As mentioned previously, you can give tuna to your dog as long as it is in the proposed limitations.

Some owners also give the water in which the canned tuna is packed to their dogs. Be sure there is no added salt before giving the water to your dog.

There are other fishes that provide the same benefits, including salmon, herring, and flounder, without the mercury risk. But if you like to feed your dog with tuna, be our guest. Just be careful to follow the health guidelines. 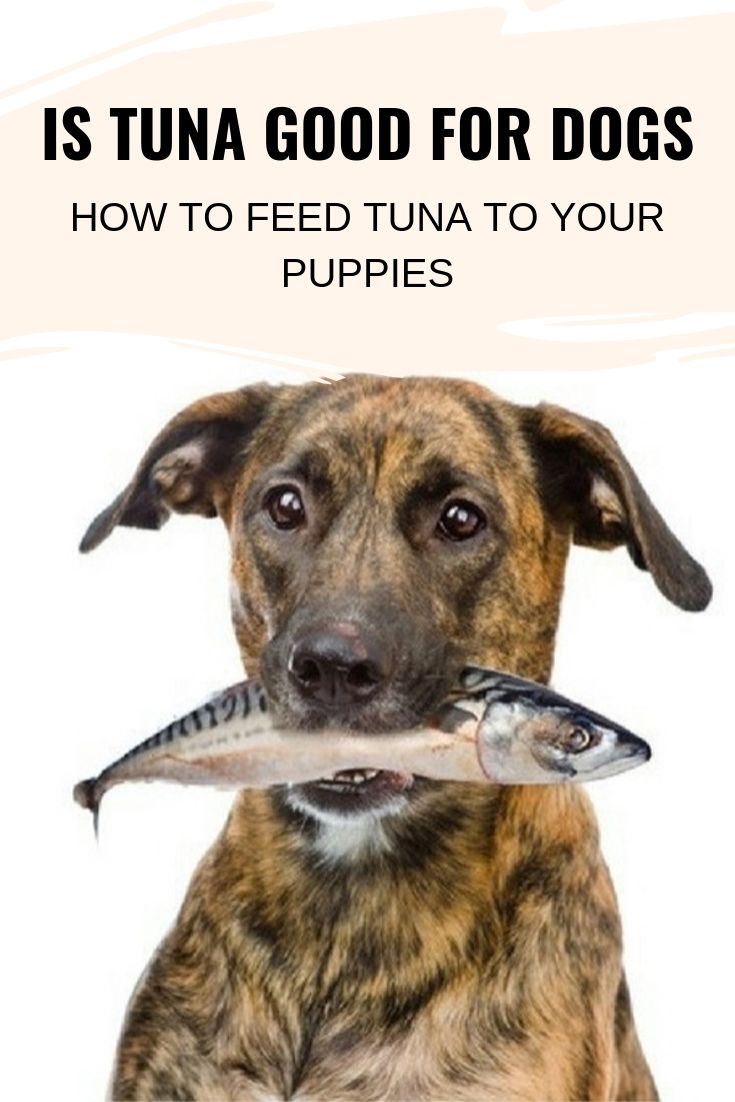