Wolf vs Dog – How Have Canines Changed over the Years? 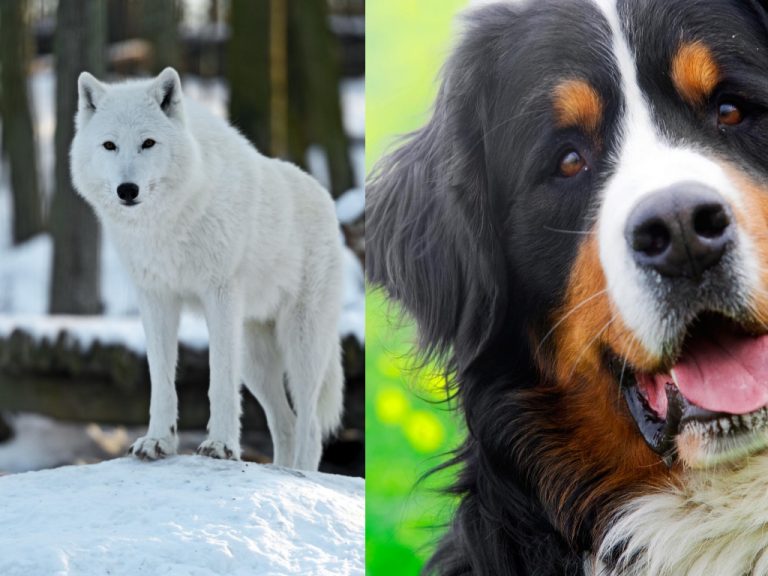 Science has proved that the dog, Latin name Canis familiaris, is a direct descendant of the gray wolf, Canis lupus. Or you can say that dogs are domesticated wolves. How have dogs changed over the years due to domestication? What are the similarities and differences between dogs and wolves? Today, we will talk about the great wolf vs dog debate.

Fun fact: if you want a dog that closely resembles wolves, or if you have set your heart on the wolf look, you can still get a wolf-like dog breed. Try Japanese Akita, Alaskan Malamute, Samoyed, Siberian Husky, or a German Shepherd.

Are They The Same Species? This is a bit complicated question. For many years, dogs and wolves were considered separate species. One is Canis Familiaris, and the other is Canis lupus.

Yet, recently, scientists have started agreeing that they are both sub-species of Canis lupus. Unlike dogs and foxes, wolves can reproduce, which would create the controversial wolf-dog.

So, when two animals can create fertile offspring, they are considered to be of the same species.

What Are The Similarities Between The Two?

Because they are the same species, and dogs are direct descendants of the gray wolf, they have many similarities. They descend from a common ancestor. They can even interbreed, but their offspring is usually not fertile.

Dogs of similar size to a wolf share similar life expectancy, which would mean 12 to 14 years in captivity. Both dogs and wolves display similar body language at times. Then, you have to consider the impeccable sense of smell.

And the fact that both thrive within a pack environment and exhibit a prey drive.

But if you look deeper into the wolf vs dog comparison, you will understand they are much more different. 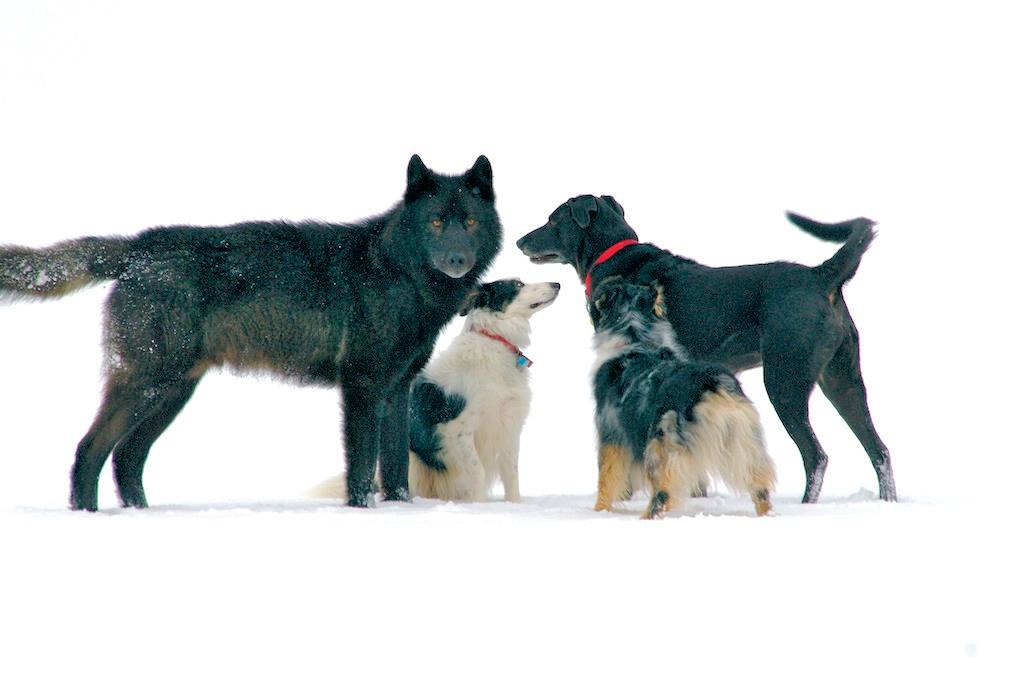 Before we get to the nitty-gritty, let’s take a look at a quick summary of the differences between wolves and dogs. Despite how similar they appear to be at first glance, there are major differences.

When you think about it, we have bred household dogs to suit our needs and lifestyles. This is why there are many different dog breeds. On the other hand, there are only a few subspecies of wolves, including the gray wolf, red wolf, Eastern wolf, Arctic wolf, Great plains wolf, and some others depending on the country, or region in the world.

Now let’s go and talk more about the wolf vs dog debate and differences.

When you talk about comparing wolves and dogs, you have to start with the appearance. This is the obvious place. In that regard, wolves have a much larger head compared to their body size. Dogs are more compact and properly built.

Wolves have big heads, narrow chests and hips, long legs, and giant paws that will help them survive in the wilderness. Their huge paws help them run long distances at a high speed.

Dogs have wider hips and chests, and shorter legs compared to wolves. They do not run as smoothly and sneaky as the wolf. And they have different jaws. But that is understandable considering the diet.

Wolves need big and strong jaws to crush bones, while a household canine can chew kibble and gnaw on toys.

Yet, they do have the same amount of teeth, 42. But a domesticated puppy has smaller teeth. 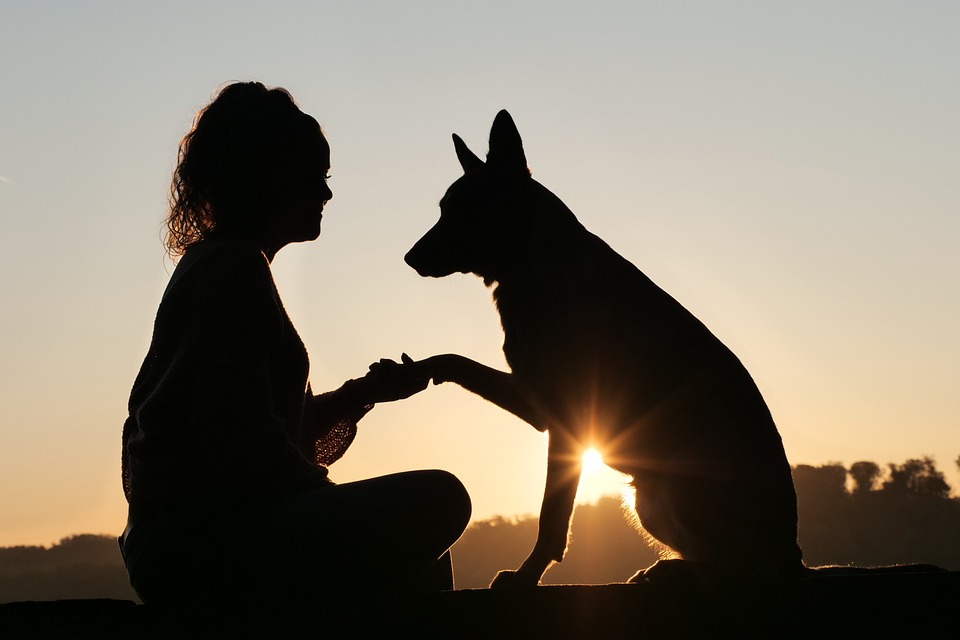 Simply put, dogs cannot survive without humans. Yes, there are stray dogs that live outside. And then there are shepherd dogs that might survive for longer in the wild and in the mountains. But generally speaking, dogs depend on their humans.

Dogs have been domesticated to the point they can no longer survive in the wild. They obey commands and cues like sit, stay, lie down, jump, and so on. And they get rewarded with dog treats and dog food for that.

Wolves differ in behavior. For example, even if you try to do some positive reinforcement training with wolves, it will not work. They know they depend on themselves to find food. Because dogs are not trained to find food on their own (we strongly train them not to eat food from the ground), they will listen to commands and obey.

When you compare these two animals, you will see they are weaned at about 8 weeks. But after that, a wolf puppy will mature much faster than a domesticated dog.

Wolf puppies can solve puzzles at a younger age. Why? Because they are forced to mature faster so they can be able to survive in the wild. Domestic puppies have humans to take care of them. And they live an easier life.

We touched on this when we talked about general differences. While dogs can be bred several times per year, wolves are bred only once per year.

They have a rigid breeding season that happens from February through mid-March. Puppies are born in April and May. One of the reasons why wolf puppies are born in the spring is to become stronger and sturdier before facing winter.

Then, there is another difference in litter size. Wolves average about four to five puppies, while dogs have different litters. Some large dog breeds can have up to 10 and 12 puppies per litter. A small dog breed, on the other hand, has 1 to 3 dogs per litter.

Then, there is also the question of the family. In the dog world, only the mother takes care of the puppies. In the wolf world, the family is made of a mother and a father, and their offspring. 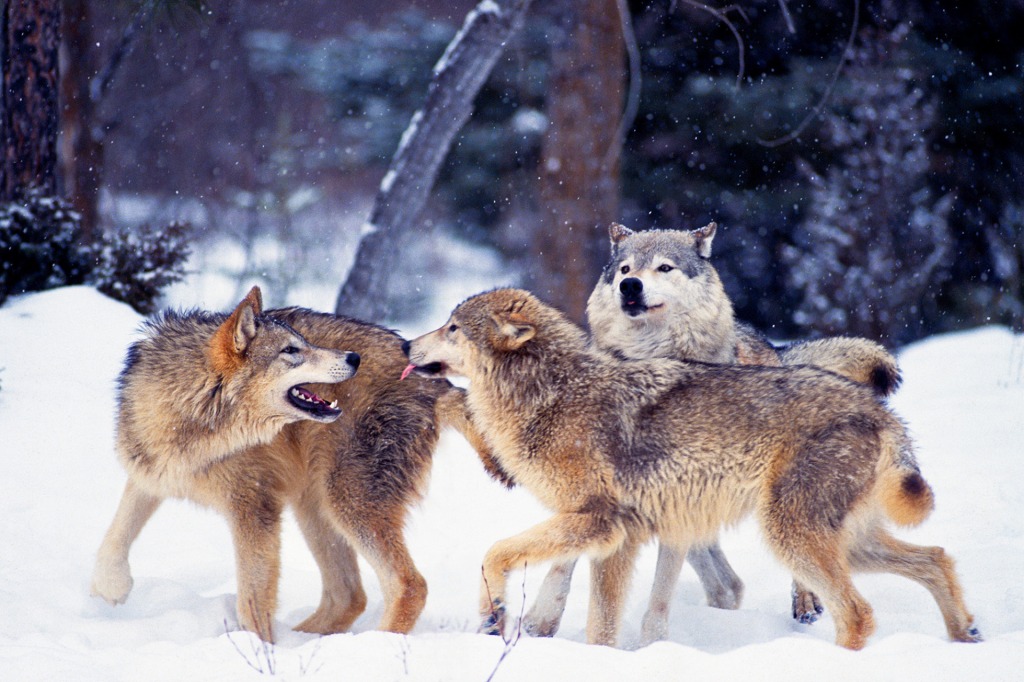 A domestic dog will play for fun. For wolves, play is crucial and, critical for learning survival and social skills. Play teaches wolves how to hunt, how to discipline a pack member, and learn what their limits are. In that spirit, wolves are more like human kids. Social learning is quite important for wolves when they grow older.

Dogs need to learn social boundaries as well, but the skills are not as critical to their survival as with wolves. Dogs can play continuously throughout their life and will socialize with other animals.

Now let’s talk about how these two interact with the world, namely, humans. It is very different. Our canine friend is generally social and views us as family. Dogs will learn how to read and understand our expressions.

Wolves are tight with the family unit early on, but they are not accepting of strangers. They will never look to humans for affection or guidance.

Wolves are much more independent than dogs. You might hear and say that some dog breeds are quite independent and stubborn. But that is nothing compared to a wolf.

Wolves Are Shy, Dogs Are Not

Here is another big difference in the wolf versus dog debate. Despite being portrayed as vicious, wolves are actually shy. They avoid people. It is incredibly rare for a wolf to attack a person.

Dogs are not shy. They are friendly with animals, love people, and will look for affection. A wolf-dog might be the best of the two worlds, and it is a scary thought. Combine the intelligence, wildness, and strength of a wolf, with the lack of fear that dogs have, and you have a seriously dangerous animal.

Wolves Are Better At Solving Problems

Because they live in the wilderness, wolves have to mature faster and understand how to solve problems. They are much smarter and more intelligent than domestic dogs.

If dogs and wolves are put to solve a puzzle, wolves will be the first to do it. But this is what wildlife teaches them.

Can You Have A Wolf Pet?

This is a question people often ask. Can you have a domestic wolf as a pet? Can you domesticate wolves? Well, the simple answer is No.

As we said before, wolves simply do not have the behavior and instinct to live with humans. You can somewhat train a wolf, but it will never be domesticated.

After all, think about this for a second. It took hundreds and thousands of years to domesticate wolves into domestic dog breeds.

You cannot do it overnight. You cannot domesticate a wolf within several months. Even wolves raised by humans might become somewhat attached to them, but they will not replicate the behavior of a domesticated dog.