American Bully vs Pitbull – Can You Tell The Difference? 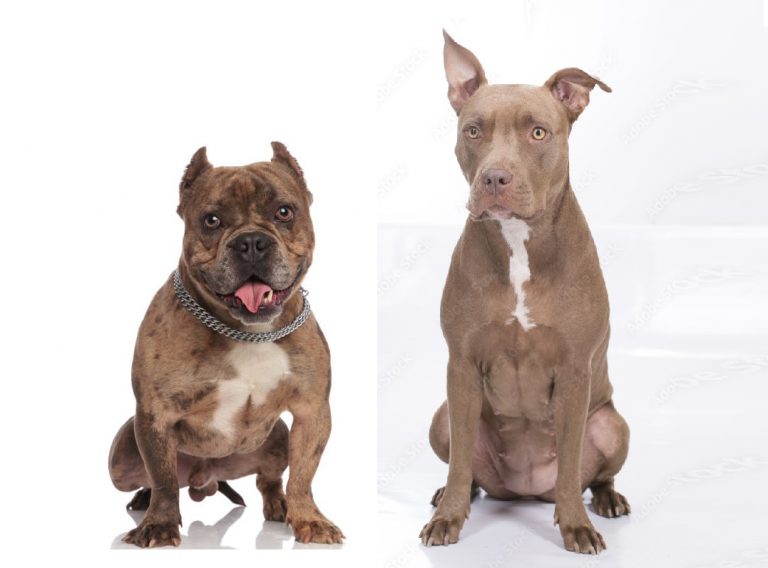 It is worth noting that the American Bully dog is not an American Pit Bull Terrier. They do have similarities in the name and genetics. But they are different. How do you tell the difference between them?

Simply put, the Bully is a Pit Bull type dog, but a different breed. In the past several years, the American Bully breed has become more and more popular. So, people often confuse one with the other.

Yes, the Bully started by crossing the American Pit Bull Terrier with other bully breeds. But they are different. Today, we will look at all the similarities and differences between the two canines. If you want to better understand a dog, you need to look at its breed history. Canine history is quite important because it tells us the original purpose of the dog we want to get. And that can help you understand the personality traits and temperament of a canine.

First, the American Pit Bull Terrier. This dog is simply known as the Pitbull. It originates from the 1800s in England, with its ancestors trying to produce the perfect fighting dog. People back then mixed bulldogs and terriers trying to create an ideal fighting dog.

In the beginning, the Pitbull was used in a lot of dog fighting, which is where he gets a bad reputation from. When the sport was banned in England, people brought their dogs to the United States and continued the bloody practice.

And when dog fighting was banned in America, dog owners finally began to understand how soft, devoted, affectionate, and lovable this dog is. Nowadays, the breed is not recognized by The American Kennel Club. Yet, The United Kennel Club recognizes the Pitbull as a separate breed.

The Bully has gained quite a lot of popularity. It is a celebrity in the Bully dog breed world. Fun fact: White Rhino, was an American Bully that fetched a whopping price of a quarter of a million dollars.

If you put American Bull vs Pitbull side by side, you will instantly notice the visual differences. They look quite different.

For starters, the Pit Bull measures between 17 and 21 inches at the shoulders and weighs between 30 and 65 pounds. That makes him a medium, almost large dog breed.

The American Bully, on the other hand, comes in different sizes. These are Pocket Bully, Standard Bully, Classic Bully, and XL Bully. Depending on which Bully breed you get, they can weigh between 25 and 120 pounds. The height ranges between 13 and 23 inches. Fun fact: Hulk, is the largest Bully measured so far, weighing 174 pounds.

Another difference you can notice is that the Pitbull breed is muscular and athletic in appearance. And they have a proportionate build. On the other hand, the Bully is not a proportionally built dog. They are squat and wider than they are tall. A good explanation is like an English Bulldog but wider with more muscles.

Both of these dogs have short and straight double coats. They come in different colors, with the rare color variation being Blue Nose Pit Bull. 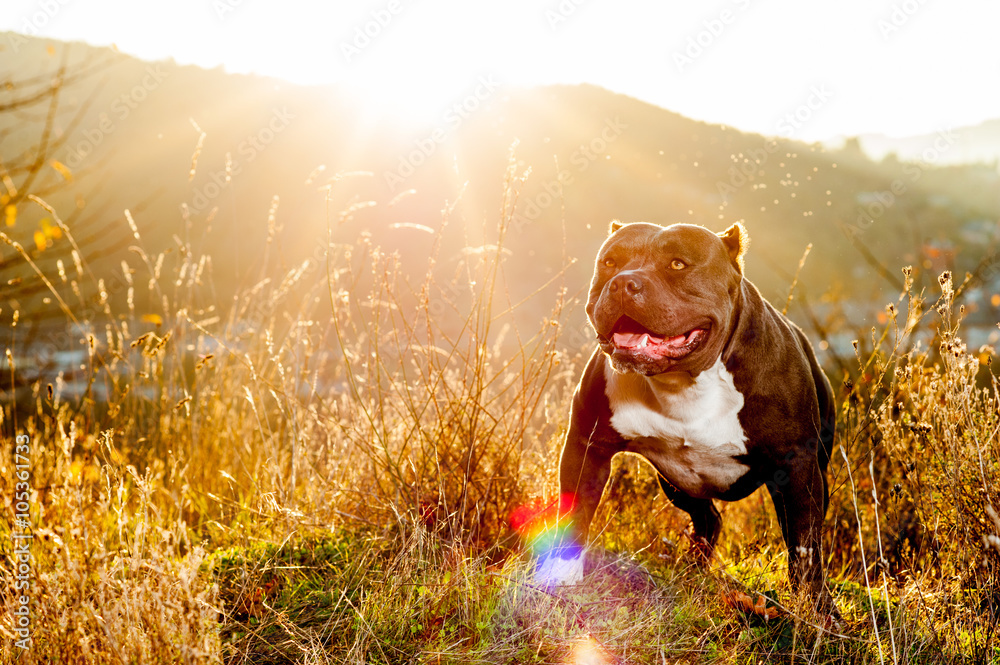 Now let’s talk about temperament. Usually, this is the part of the American Bully versus Pitbull section that will decide which one to get.

Let’s get something straight. Neither of these dogs can be used as guard dogs. They are not that. These dogs need affection, love, and emotions from their owner.

Despite its bad reputation, the pitbull breed is exceptionally loving. They can be headstrong and stubborn, but they will never hurt anyone. In fact, they are some of the friendliest dogs in the world, always wagging their tail when they meet other animals.

The American Bully combines the loyalty of a Pit Bull with the outgoing personality of an American Staffordshire terrier. The result is an amazing family dog that is more trusting of strangers than the Amstaff terrier.

Stubbornness has been solved with cross-breeding, so you can have an easier-to-train puppy.

Speaking of training, these two are different when it comes to needs and abilities. You have to find out what drives your puppy. This is where dog owners fail. For example, the Pitbull is an affectionate-driven dog. You might get many things done with toys and food, but it is the affection that will turn your Pitbull dog into a loving companion.

Pitbulls are quite trainable. They are eager to please and intelligent but have a dose of stubbornness in them. Even a first-time owner can handle a Pitbull, as long as they socialize them properly. Be wary of their bad reputation and try to show people they are nothing like their dog-fighting ancestors.

Of the two, the American Bully is easier to train because cross-breeding has eliminated stubbornness. Yet, if you want a dog for agility sports, the Pitbull is more athletic and does better in those sports.

Both breeds need to be socialized early on. You cannot allow a single mistake to happen. Their bad reputation can get even worse if you allow a mistake.

As for training, both of them respond great to positive reinforcement training. 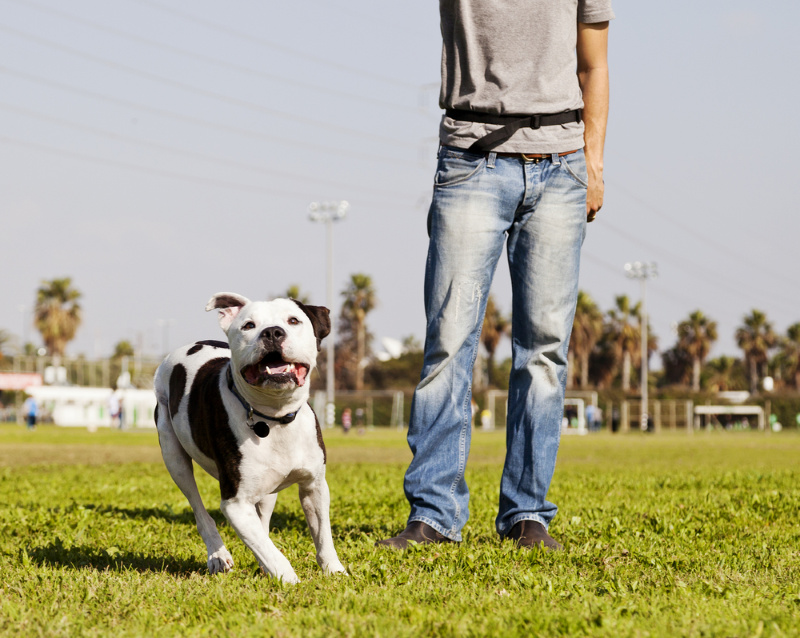 This might surprise you, but both of these breeds are hyperactive. They need at least 60 minutes of exercise, preferably even more than 90 minutes for a happy and healthy life. Do not expect a couch potato. Zoomies are also common.

The Pit Bull dog breed is the more active. When they are playing, they are tenacious and tough to play. Pick a toy that can withstand their constant playing and biting.

Because the Pitbull breed is more intelligent, make sure to add some mental stimulation exercises as well. That means lots of puzzle toys and games.

Generally speaking, these dogs are quite healthy. And it doesn’t matter which size Bully you will get, whether it is Pocket Bully, XL Bully, Standard Bully, or anything else.

They do suffer from some common health issues like hip dysplasia, knee complications, heart disease, and thyroid disease.

Given they are healthy dog breeds, they live quite a long and prosperous life. Either of these dogs can easily live between 10 and 15 years, depending on the quality of life. The big challenge with the Bully is obesity. Because they have more muscle mass, they can easily get overweight if they do not get their daily exercise.

Pay attention to their walks and make sure your dog is at the proper weight.

Which One Is Accepted By The AKC? Neither. If you are asking which one is more popular, that would be the American Bully. In the past few years, this dog breed has gained quite a lot of recognition and fame.

Both of these dogs crave human companionship. If you cannot provide it, be sure to avoid these dogs. Otherwise, they will end up in shelters. If you plan on leaving them alone for quite a while, be ready to face some separation anxiety.

If you are deciding between American Bully and Pitbull, it really comes down to preferences. Do you want a more agile breed that you can use for agility sports? Or do you want a less stubborn puppy?

Both of them make great family pets. Just do not mistake the Bully for a Pitbull. It is a different breed.