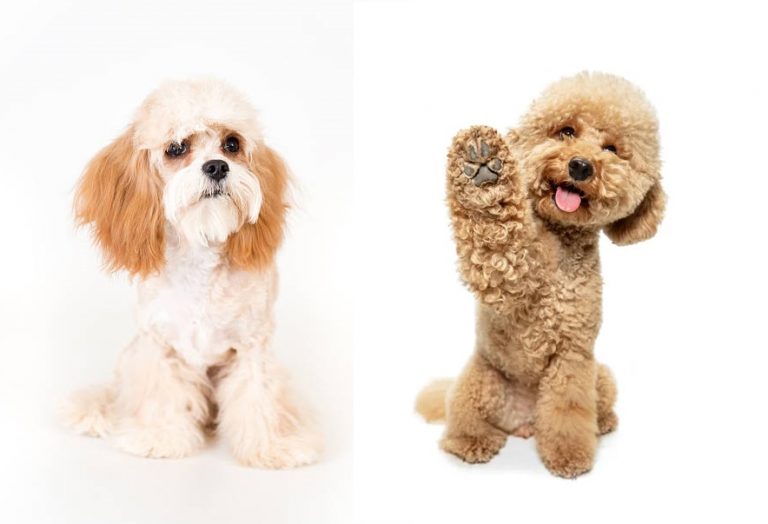 When you think of hybrid breed dogs, often they are mixed with Poodle. And there is a simple logic and explanation for that. Poodles are hypoallergenic, and breeders and owners love their no-shedding coat. Today, we will talk about Cavapoo versus Maltipoo. They are both Poodle mix dogs, but which is the better one?

Both are extremely similar in size, weight, and stature, but their difference in personality will help you decide.

Let’s take a look at this breed comparison.

To help us understand the Cavapoo versus Maltipoo comparison, we have to look at their parent breeds. In both cases, we have a Poodle parent, but with a different second parent.

Cavapoo is the offspring of Cavalier King Charles Spaniel and Poodle. And that can be either a standard Poodle or Miniature Poodle. Maltipoo dog, on the other hand, is a mix between Poodle and a Maltese dog.

Of the two, Cavapoo has been around for longer. Maltipoo puppy is a rather new canine, but it is quickly growing in popularity. Just make sure you get one from a reputable breeder. 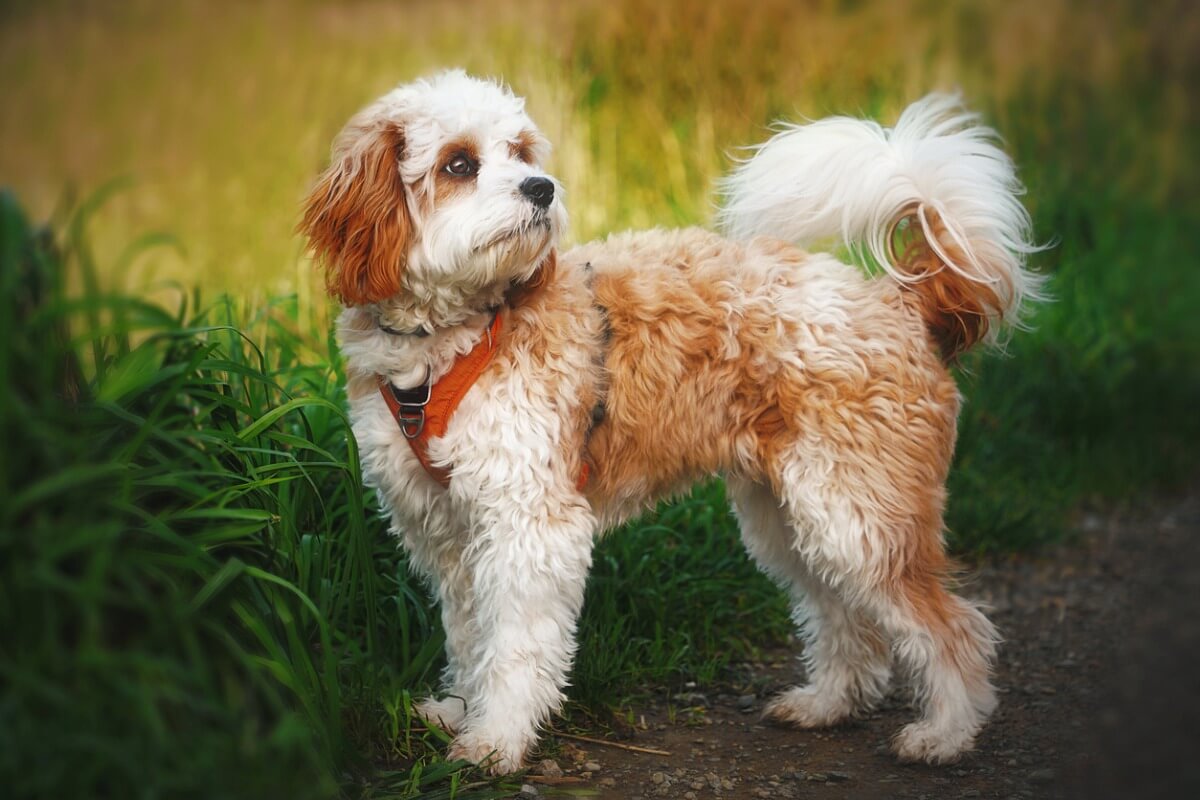 We said these two dogs are rather similar in appearance. But size might turn out to be a factor. Of the two, Maltipoo is a small dog, while Cavapoo is a bit bigger. Part of what makes the Maltipoo puppy unique is its small size and stature.

Small dogs are intelligent and active, making them perfect for a family that wants to play with their dog.

At a glance, you might not notice the difference in size. They are both small dogs, but the Cavapoo is slightly larger, due to its Cavalier King Charles Spaniel parent. By numbers, Cavapoo grows up to 1 inch larger and weighs between 9 to 25 pounds. Maltipoo weighs 5 to 20 pounds.

Another huge difference is their coat. As offspring of Poodle and Maltese, Maltipoo has a smaller range of coat colors. Cavapoo breed is available in tri-color or bi-color coats because of their Spaniel parent.

Now let’s talk about what might be the biggest difference between the two. These hybrid dog breeds make wonderful companions because of their affectionate and loving nature.

They love spending time with their owners and do not love being left alone. Because of their affection and cravings for human attention, they are prone to separation anxiety.

Of the two, Cavapoos are friendlier with other animals and people. That is because their Spaniel parent is among the friendliest dog breeds. Maltipoo dogs need a bit more time before wagging their tail to unfamiliar people and strangers. Socialization is a must in early puppyhood.

Which One Is Better With Kids? If you have babies or young children at home, it is better to wait until they are a bit larger before getting a dog. Cavapoos make a more suitable family pet because of their slightly larger size. Maltipoos are more fragile.

In any case, if you set up boundaries, and kids know when pets are resting, you should not have problems.

In the home, Cavapoos are more independent. Maltipoos usually follow their owners around the home. But that is because Maltese puppies are clingy and described as Velcro dogs.

Good With Other Animals

Socialization is important, no matter which of these cross-breed dogs you have. They need to learn to behave around other dogs. Because of their size, supervise them around larger dogs.

When you get a Poodle mix, you should be ready for running around and a high amount of energy. But the Cavapoo is the oddball of Poodle mixes because they have slightly lower energy levels. That is because of the inherited laid-back personality of the Charles Spaniel parent.

You can play a lot of games with these two. Maltipoo loves to fetch. Regular walks are a must, at least two times per day.

During winter days, these two are perfectly happy staying inside and going outside only for bathroom needs. 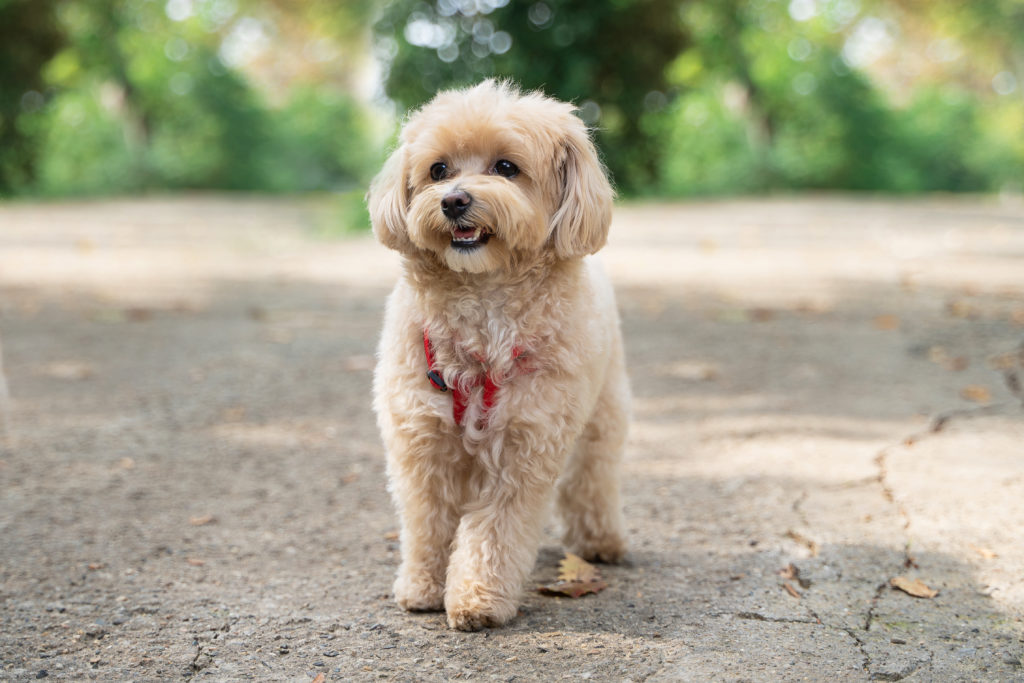 Poodle mixes are smart and respond well to positive reinforcement. These two are easy to train, compared to their Maltese and Spaniel parents. The intelligence of the Poodle helps here.

But unlike their purebred parents, they need a bit more physical exercise and mental stimulation.

Positive reinforcement should work wonderfully with either cross-breed puppy. Of the two, Cavapoos are a bit harder to potty train.

Generally speaking, hybrid dog breeds are healthier than purebred dogs. You need to take the history and health risks of both parents.

With that in mind, Cavapoos are prone to mitral valve disease. Of the two, Maltipoos are the healthier breed, but they are still prone to glaucoma and retinal issues.

Small dogs generally live longer than large dogs. And mixed breeds are healthier than purebred dogs. Yet, there is no definite answer to these two dogs. Part of that is because they are relatively new breeds, and breeders have yet to determine life expectancy. But you can expect more than 10 years.

When it comes to Maltipoo grooming, you have to look at its parent breed. And not the Poodle. We are talking about Maltese, a dog that has hair that grows slower and needs less trimming. This means less grooming and brushing.

Which One Barks More?

Now we are getting to one part of the Cavapoo versus Maltipoo debate that is not a positive one. Maltipoos are known for their yappy tendency. When they are excited, they are more prone to barking. And that is because Maltese puppies bark more.

Cavapoos have no aggressive drive at all, and they rarely bark. You will hardly hear a Cavalier King Charles Spaniel or any of its mixes barking. That makes this Doodle breed a bit more suitable for apartment living. You do not want your dog barking to cause problems with the other tenants. We have to talk about another factor. Maltipoos are more fragile. They are a small dog breed that is not as sturdy. They are also more emotionally sensitive. You can easily scare them with sudden movement. That can trigger barking or similar behaviors.

Because of their small size, Maltipoos do not have the strength to embrace a fall. Make sure your young children do not carry them around.

It is time for the final and definite answer. If you are looking for a companion dog, you should be good with these two. But do not expect a companion for hiking, running, or similar activities.

These hybrids have premium qualities. They are adorable, cuddly, and affectionate. But it comes down to preference. We talked about the positive and negative sides of each Doodle breed, so we hope you can make an informed decision.

Just remember, mixed breed dogs are not recognized by The American Kennel Club.