What Are Some Of the Common Mixed Breed Dogs? 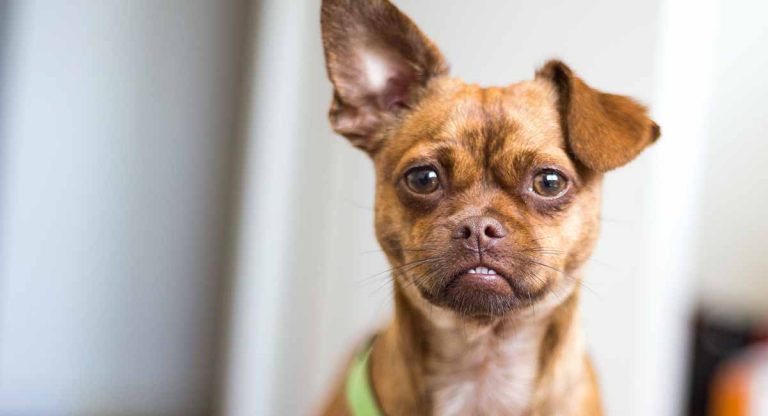 They call them mutts, crossbreed, and mixed breed dogs. But whatever the name, they are just adorable and amazing.

In the past few years, the popularity of crossbreed dogs is rising. There are a couple of factors, including the statement that mixed breeds are healthier than purebred dogs. Now, we are not going to get deep into that, but crossing breeds can solve some of the issues. For example, a cross between a Husky and a Labrador solves the issue of howling and stubbornness of the Husky.

With that in mind, let’s take a look at some common and popular mixed breed dogs. 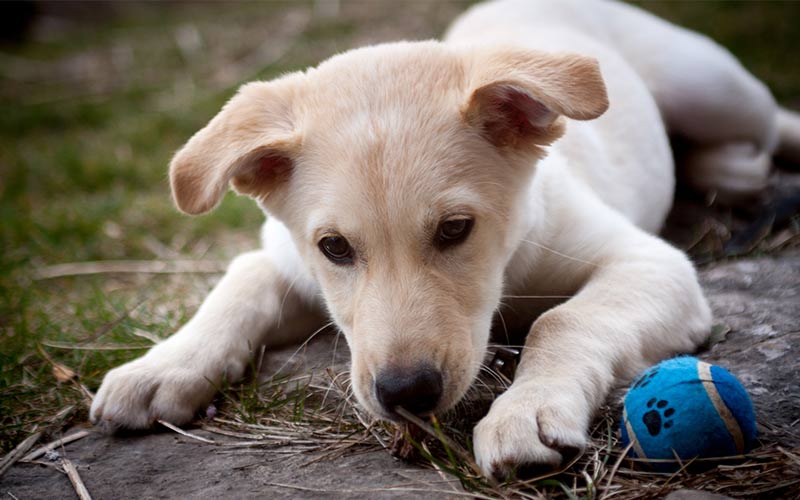 This is the dog we mentioned earlier. We love them Huskies, but they can be stubborn and strong-willed. Enter the Lab, a dog with a sole purpose to please his owner. The result is you get a dog that is cute, adorable, and probably with the signature blue Husky eyes, but with a much friendlier temperament.

And most importantly, the Labsky does not howl. You will be hard-pressed to find better matches in the canine world. 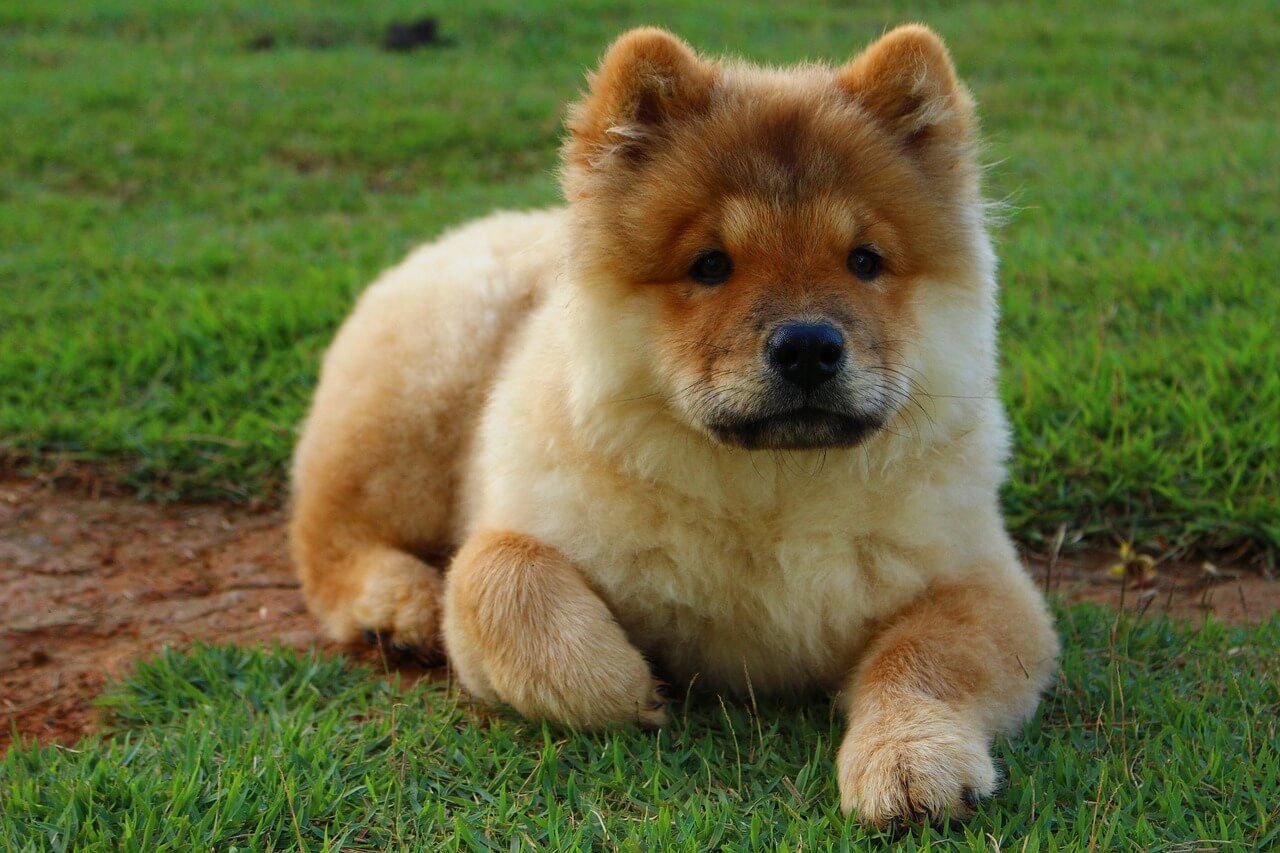 In the world of crossbreed dogs, the Husky is a popular choice for one of the parents. Why? Because the Husky is one of the most beautiful dogs. With his model-like appearance, the Husky will outshine any dog breed.

But the Husky comes with its own set of problems. And that is where crossing comes into play. The Chusky is basically something similar to the Alaskan Malamute. You get a big dog that looks like a Husky and is fluffy and adorable for cuddling. 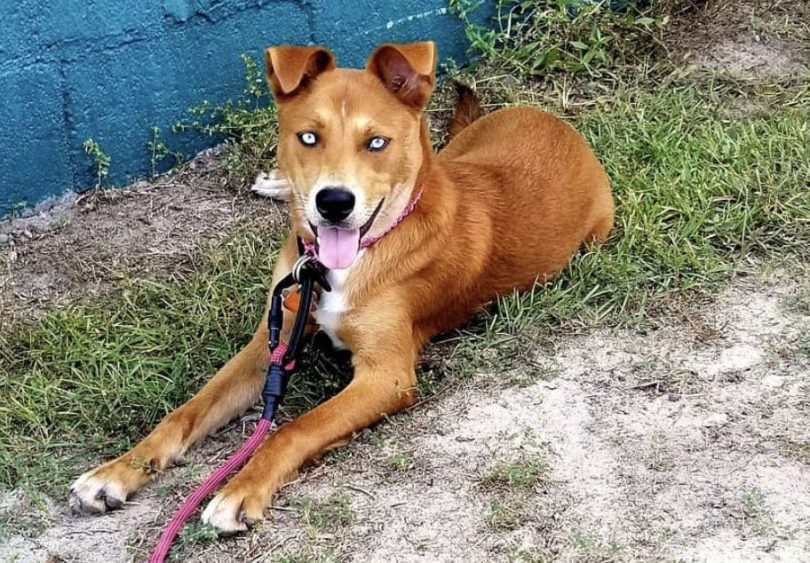 In this case, crossing solves issues in both breeds. Pitbulls have a bad reputation of being an aggressive breed, but Pitsky is nothing close to that. Huskies are known as not much friendly with their owners, they do not like cuddling, and so on. But the Pitbull enjoys cuddling and playing with children.

This crossbreed combines cuteness, gentleness, and friendliness of two breeds. Just remember, you are getting a Mutt that requires a lot of exercises. Both parents are high-energy dogs.

Truth be told, it is hard to imagine how a Pomeranian and a Husky would breed and mate. But that is where IVF comes into play. Yes, in vitro is available for dogs as well.

And the Pomsky is a dog created by IVF since it is hard for the Pomeranian to mate with the Husky. The result is a cute small Husky dog. If the size of the Husky is too much for you and your environment, the Pomsky is much more suitable for apartment living. 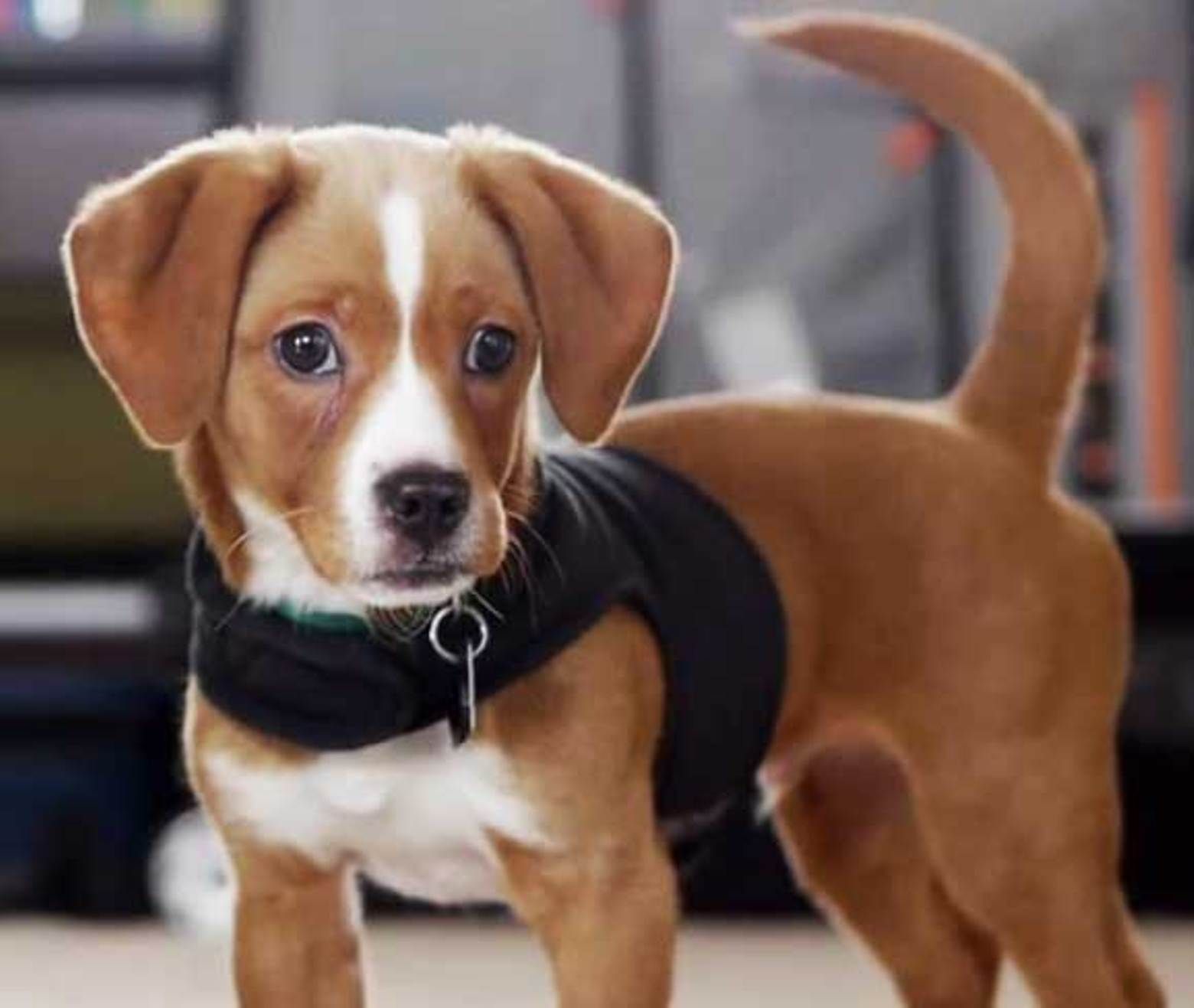 One thing you have to know about the Chihuahua, the dog barks. And barks a lot. The Chihuahua barks at strangers, other animals, and everything that moves. On the other hand, the Beagle is one of the least barking breeds. They are calm, patient, and much less nervous and anxious around people and animals.

This breed is also a result of In Vitro fertilization. Chihuahuas are often bred through in vitro since they are so small. 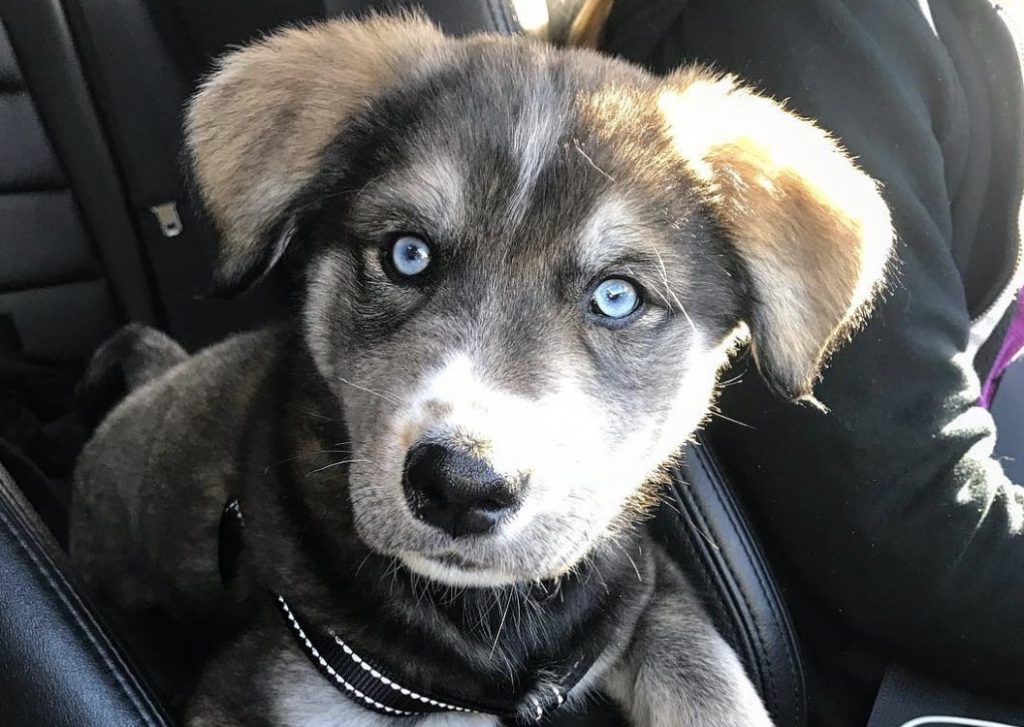 Ask Husky owners, and most of them will tell you they would if their dog was more obedient. And of course, loyal. As mentioned before, huskies can be stubborn, and they go their way. They are also prone to running away, which is why it is recommended you keep your dog on a leash.

The Goberian, on the other hand, doesn’t have those problems. With genes of the Golden Retriever, he loves to please his owner, listens to commands, and follows you everywhere you go. It sounds like a dream come true, right? And on top of that, they usually inherit the signature blue eyes of the Husky. 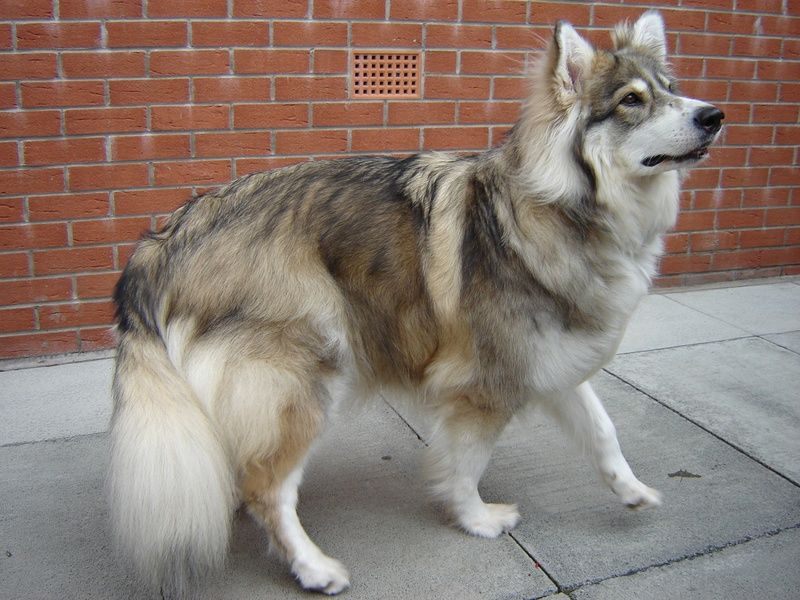 There are not many Utonagan dogs around. And you have to be put on a waitlist to get one. This dog was bred specifically in the 1980s to resemble a wolf, but without any wolf blood or genes in him. Therefore, breeders used domestic dogs that have wolf ancestry, and those are the Husky, Malamute, and the GSD.

As a result, you get a gorgeous and loyal dog.

This is one of the most adorable mix breeds. Their eyes are just too good to ignore. The signature blue eyes look perfectly on the GSD coat.

These dogs are loaded with energy, and they require a firm and confident owner. Both the Husky and GSD are pack dogs, and they look for an owner that can be the alpha in the pack. If not, they will go their own way. 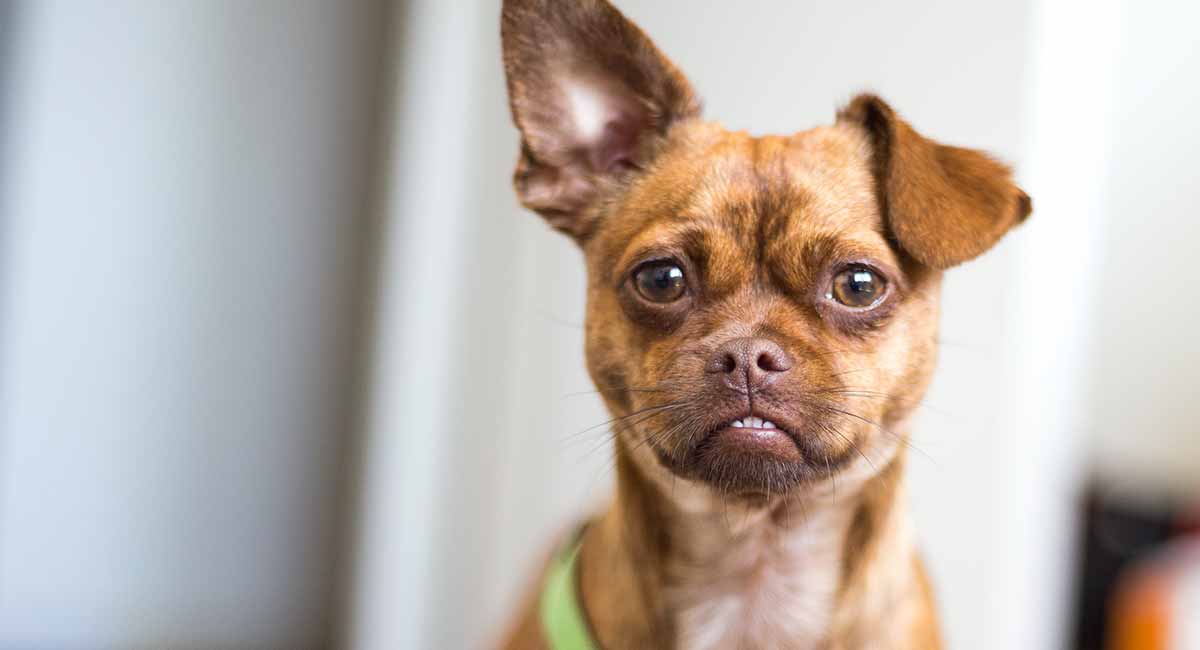 Now, this is one of the most fun and entertaining mixes you can find. Two small dogs that require in vitro fertilization, now mixed into one mutt.

The goal of this crossbreed is to solve the barking of the Chihuahua. They bark a lot. And on the other hand, the Pug might be the calmest and quietest dog breed around. And being that the Pug sleeps most of the day, he might not even get a chance to bark. Which is not something you can say about the Chihuahua. The ideal combination, truth be told. 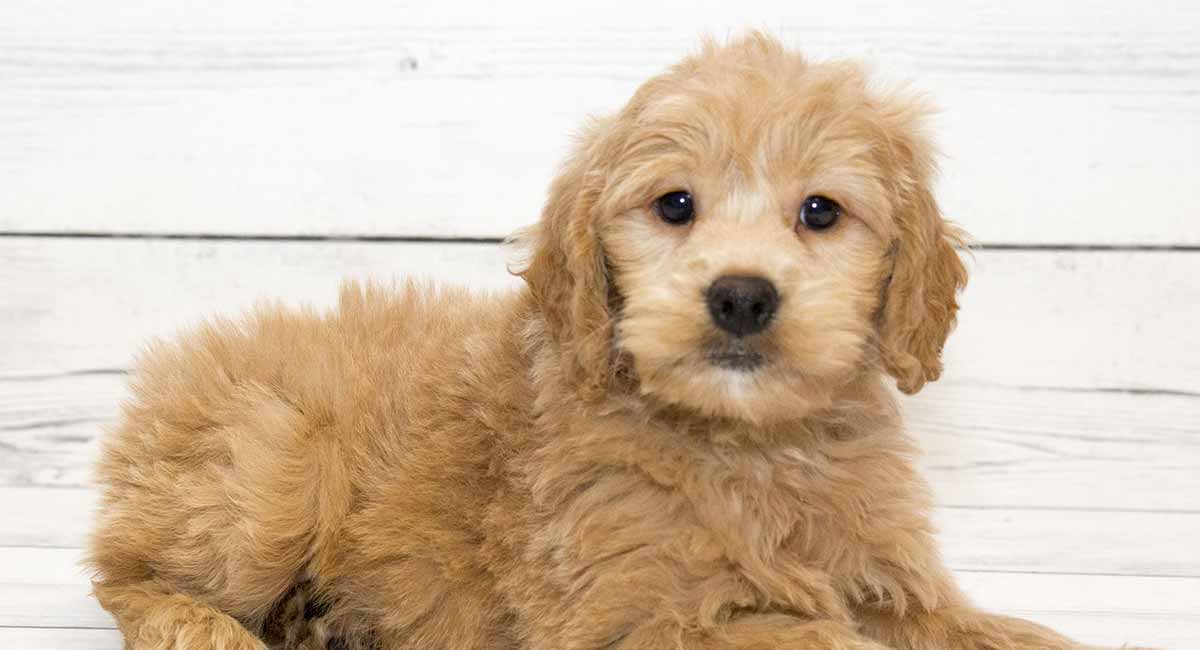 According to goldendoodle breeders, in the past few years, the popularity of the Goldendoodle has skyrocketed. Imagine having a Retriever that does not shed. Now, isn’t that a dream come true scenario? Because he is part Poodle, this breed is hypoallergenic. If you a doodle that is a result of the pairing of two other doodles, the chances of the hypoallergenic breed are even higher.

You can be sure he will be smart and intelligent. After all, both the Golden Retriever and the Poodle are high intelligence dogs. Enjoy your Mutt, he will definitely try to please you.